The Fastest Way to get Bed Bugs in NYC (?)

When Nicole and I moved in together in August we discussed how important it was to make sure we did not have any uninvited guests like rodents, Bronx Zoo cobras, or bed bugs.  Therefore, instead of actually *participating* in today's NYC Pillow Fight Day 2011 in Union Square, I just watched from behind the barrier.
After inviting everyone I knew to go see this with me, I found only one taker, my new friend Megan.  We went to Whole Foods and got some salad and weird-tasting potato chips and ate out on the benches inside the park while we waited for everything to unravel.  There were probably about 80 NYPD officers on point at this event and there were police barriers and everything.  I didn't realize this would be an organized event, but of course, I could see the city's concern for something like this to get out of control.
Soon we started to see people lining up with pillows in hand, some of which had been decorated with faces, designs, or vulgar drawings.  Some of the people were dressed in pajamas, some in tights, some as super heroes. This was going to be intense. 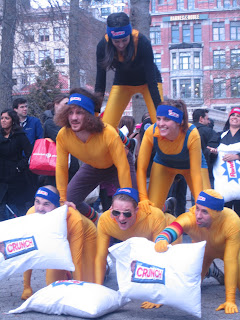 Megan and I moved up toward the front of the police barrier and soon afterward, the action began.  It was hilarious.  There were hundreds of people just smacking each other with their pillows.  Tons of people taking photos.  Tons of people stopped on the street wondering what the heck was going on.  And inevitably, feathers started to fly everywhere.  Check out this video: 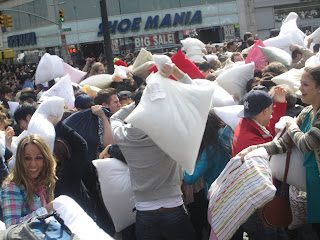 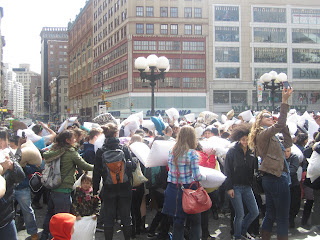 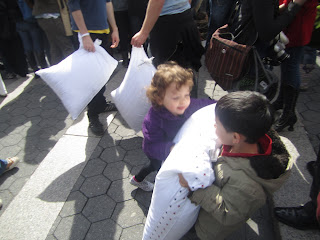 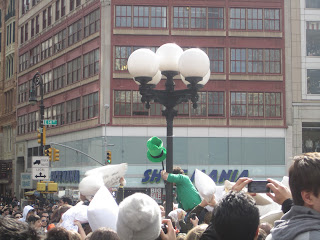 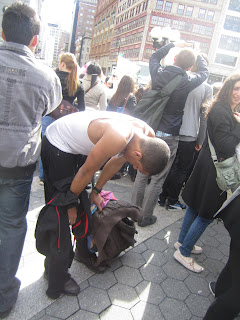 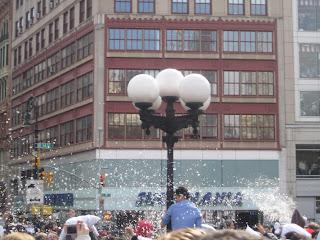 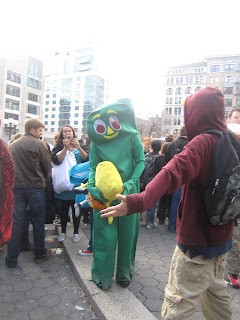 It was awesome.  Another reminder of the incredible energy that this city holds.  Love it so much.