I Had a Barbecue Stain on my White T-Shirt

Kat and I may have broken two records this week.  One, for hanging out twice in one week which we sadly haven't done since college.  Recently we've been keeping in touch mostly through our Words with Friends game, but we are luckily changing that!  Two, for the amount of food we ate at Big Apple BBQ yesterday.
The Big Apple BBQ is a yearly event put on by Danny Meyer, the creator of Shake Shack, who I clearly already was in love with,  and yesterday I fell even more in lurve with him.  The BBQ is a giant block party held in Madison Square Park and it is just delightful.  This year there were sixteen barbecue places from all over the country represented, including New York's own Rack and Soul, Dinosaur Bar-B-Que, Hill Country, and of course, Danny Meyer's Blue Smoke.  Food was $8 a plate so Kat and I split a few different ones. 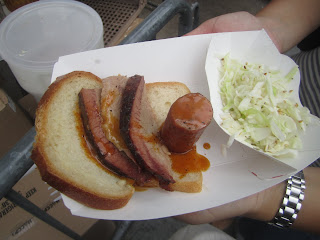 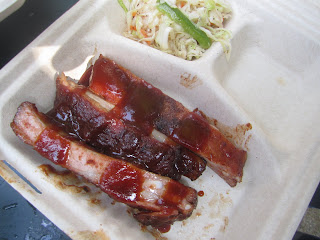 Highlights of the afternoon: 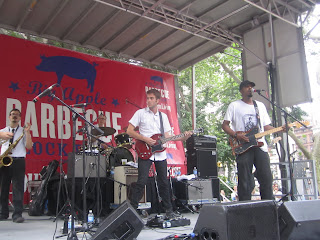 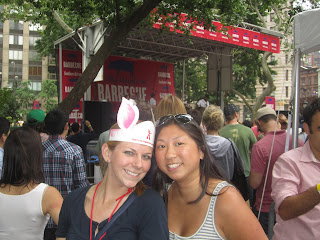