Don't Listen to a Word I Say

My new friend (and fellow UCB fan) Nathan has introduced me to tons of new artists during the last few weeks, including the incredible Icelandic band Of Monsters and Men - you may know their singles "Little Talks" or "Mountain Sounds". I had been listening to their Pandora station almost exclusively for about a week when Nathan told me that he got free tickets to their concert so I definitely wanted to go. The show was part of MTV’s Music Experiment wherein the location of the concert was revealed in more detail as more people tweeted about it. MTV is "experimenting" in four different cities this year, starting with NYC, which was a definite success.

Nathan got in line right after work and I went to meet him at the Angel Orensanz Foundation which is an incredibly beautiful and intricately decorated synagogue-turned-event-space on the Lower East Side. I didn’t see a line but the doors to the venue were open so I walked in thinking that’s where people must have been waiting. Instead, I walked into the Of Monsters and Men sound check and was surrounded by lots of frantic people working to set up the event. No one stopped me or even noticed me at all so I stayed to watch the band for four or five songs before I started to feel uncomfortable as velvet ropes started appearing.

I went back outside and found Nathan fifth and last in line. Eventually, the line grew longer and full of mostly college-aged kids and I felt pretty ancient. A lot of kids (as I call anyone younger than me) had dressed to the theme of the concert which was “1930’s Circus” which apparently means guys in white shirts and suspenders and girls in flapper costumes even though that’s not historically accurate. The doors opened a little before eight and we rushed to the front of the stage, taking turns grabbing drinks from the open bar and indulging in the candy cigarettes being handed out. 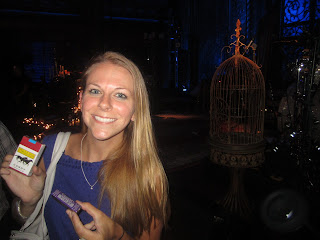 Before the concert started, an MTV VJ (do they still have those?) came out to do some sword-swallowing (normal) and knife-throwing. Someone else was on stage to jam nine-inch nails into his nostrils (even more normal). I had my eyes covered and was looking toward the floor during his performance and he came over, laughed at me, and asked if I was alright. I said, “NO!” because I was extremely grossed out. He said, “Don’t worry, dear. It’s hurting ME, not YOU…unless I sneeze, that is!” Luckily, that didn't happen and I survived. 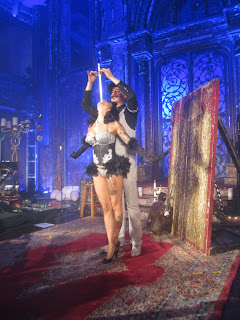 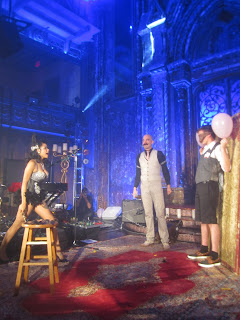 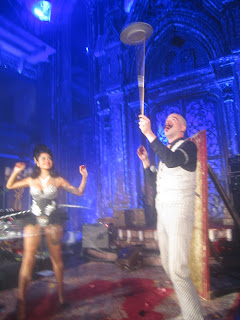 Of Monsters and Men was AMAZING. Nathan was asked to move since he is very tall and was blocking the cameras but he sat on the stage instead and surprisingly wasn't asked to move from there. Even though I wasn’t quite as close as he was, I had still never been that close to a band before and it was an awesome band to be up close for. The lead singer, Nanna, started playing the bongo drums with a towel over them to make them softer, but it kept falling off so Nathan held the towel on the drum for her and basically saved the whole concert. When the show ended, Nathan took a drumstick and I took the setlist off the stage, much to the dismay of the girls behind me. Sorry I'm not sorry. Be aggressive, this is New York. 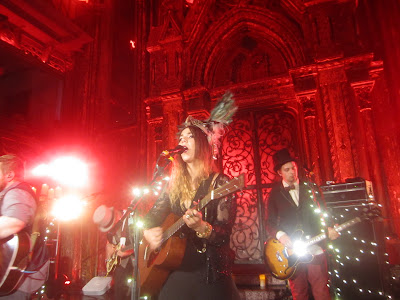 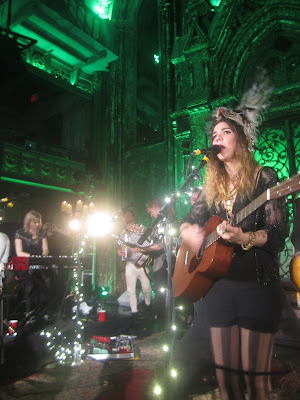 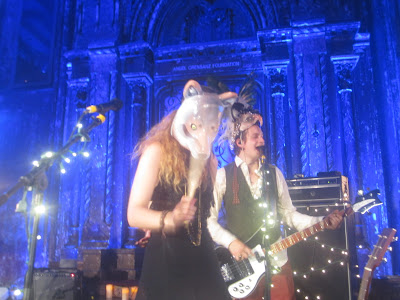 The next week, we went to a Mumford & Sons concert in Hoboken. I know Hoboken is NOT NYC and I shouldn’t be writing it on this here blog, but I do what I want. The concert was at Pier A on the river and was not only the first big concert there, but also the first concert of Mumford & Son’s new tour. They were absolutely incredible in concert and we were close enough to admire their awesome banjo-playing and now I want a banjo more than anything. It was a great concert venue, a beautiful night, and something special to see the city skyline past the stage and screen, especially that Freedom Tower. 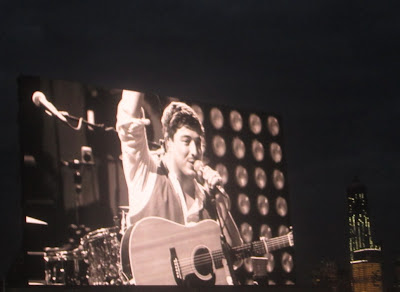 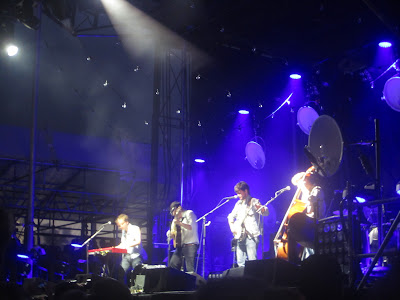 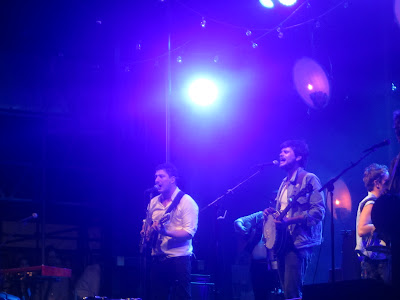 But seriously. Who can help me with this banjo thing??