Sitting on Top of the World

The Empire State Building is clearly one of the top symbols people associate with New York, right up there with The Statue. I have been talking for years about how as a connoisseur of all things NYC, I’m embarrassed I haven’t been yet, but I’ve always thought since it is so quintessentially New York, it should be a special occasion of sorts. I thought of somehow forcing someone to propose to me up there or to use this as the last item on my 28 Things list, but instead, I decided it should be in celebration of my move to my first solo apartment in NYC. This was put on my list by my older sister, Katie.

#11 Go to the top of the Empire State Building 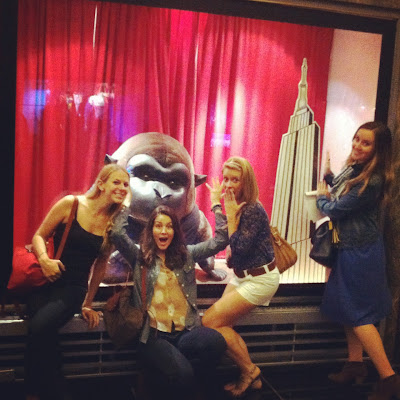 When I started talking about how much I wanted to do this item on my list, I couldn't believe how many people had never been up to the top, including people at work who have lived here for decades. And the people who had been had mostly only been as kids. I was lucky to accomplish this task with four of my good friends, Kat, Kater, Aubrey, and Emily, each of whom I've done tons of stuff with in the city and on this blog. I'm going to try and convince you that even if you've lived in the city forever and feel like you are too cool to do touristy things, that you need to take your own journey to the top.

You can basically bypass the lines because you are VIP. If you live in NYC, you should just go on a whim on a nice weeknight. The city never sleeps so the elevators go up to the top until 1 am and a lot fewer people will be there later at night during the week. You can also buy your tickets online ahead of time, just in case. And just avoid bringing corkscrews in your bag (ahem) and you should get through security quickly too. Save some dolla bills because you know better since you live in town (and you know better because I’m telling you). The ESB has two decks, the main one on the 86th floor and the top deck on the 102nd. The top deck ticket is an additional $17 for a not-so-different view that’s not even outside. And don’t buy the express tickets since you’ll be going at night on a weekday and aren’t going to encounter these lines they tell you about. Just stick with the standard $25 ticket.

Going to the ESB as a tourist is a great view BUT going as a resident / frequent visitor to NYC has to be even better. It was so fun to walk around the observation deck and actually be able to identify different areas of town - the Washington Square Park arch, my new ‘hood in Gramercy, the Flatiron building, Bryant Park, Chelsea Piers, the Brooklyn Bridge, and areas in New Jersey where I used to run along the waterfront. If I had gone to the top when I first moved to New York, I probably would have only been able to identify the Freedom Tower and Central Park. And going with four other friends obsessed with NYC was great because they pointed out more than I could see at first (including things that I pretended to see even though they called me out that I couldn’t actually see them – they know me too well - and made me stand there for another four minutes until I proved that I could finally see them). 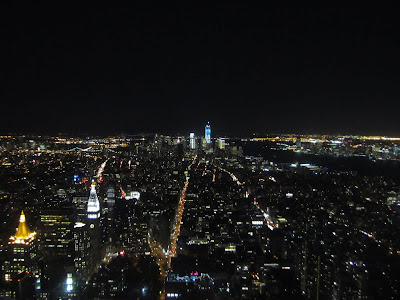 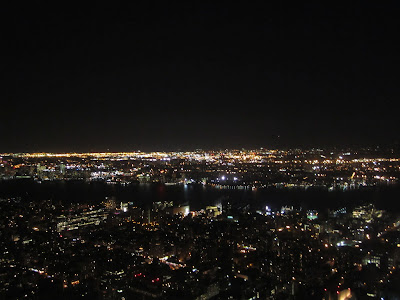 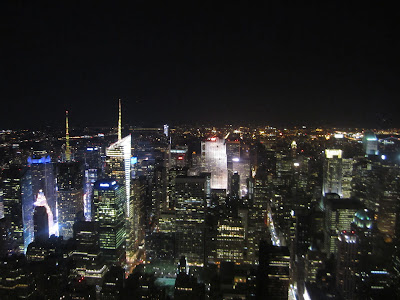 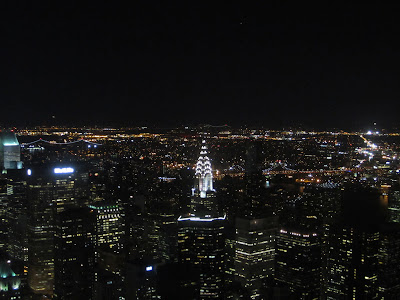 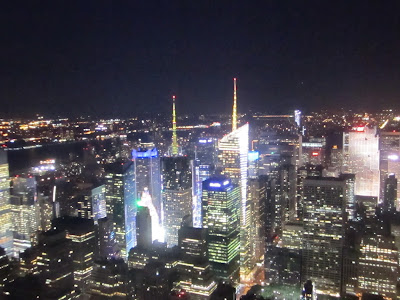 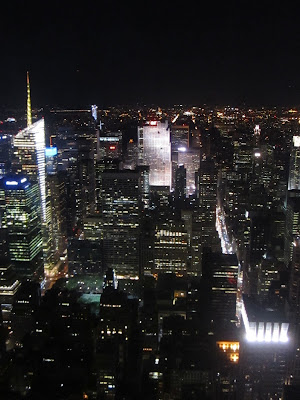 One cool thing about the ESB is that your self confidence will go through the roof at the same time you do. Maybe it's in their contracts or they're just so giddy from breathing all that high-altitude air, but the people who work at the Empire State Building will most definitely hit on you and make you feel like a million bucks.
Look how much fun we had: 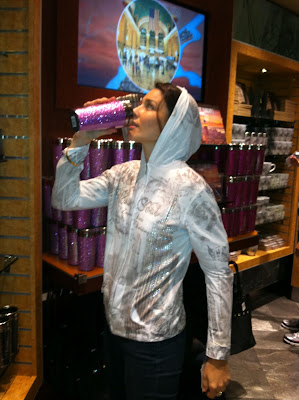 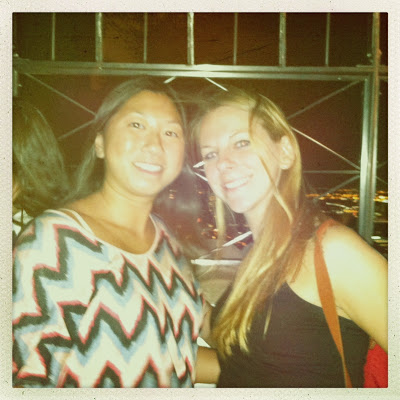 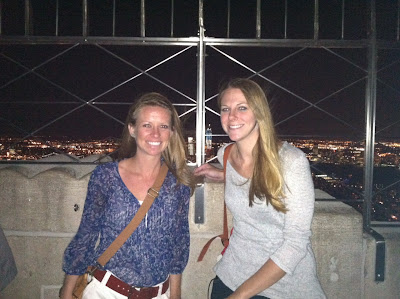 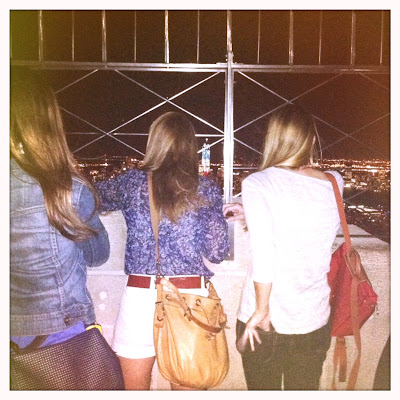 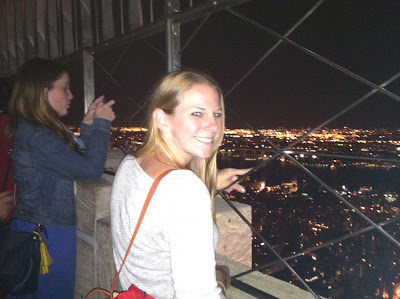 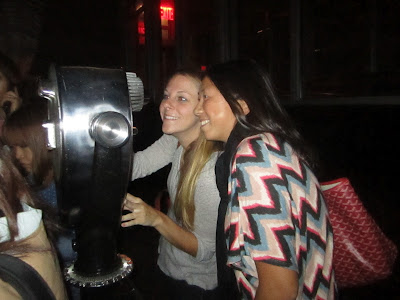 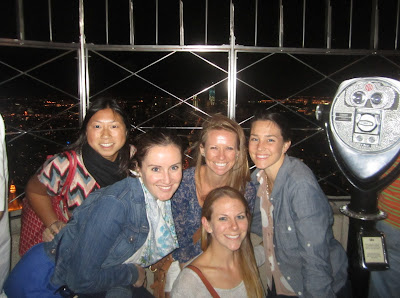 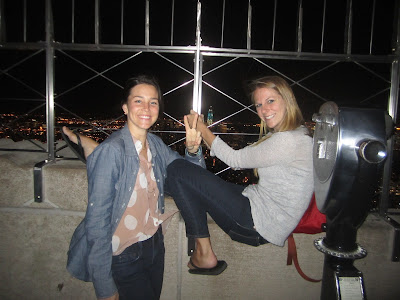 Maybe one of these pictures will end up on the ESB celebrity wall one day. Who am I kidding, I'll probably need to get new photos when that day comes.

{Some of these pics are courtesy of Aubs}