a hell LOVE a WORLD: Belgium

As you may know, my trip this month was my first time to “mainland Europe”, although I have explored London and many areas of Ireland. I wanted to explore another country while I was away since it’s so easy via train over there. Initially, Davesh and I were going to travel through Northern France, hitting up Paris, Giverny, Rouen, Honfleur, Bayeux, Normandy, AND Mont St. Michel BUT we didn’t exactly plan things before I arrived in the Netherlands and the ticket to Paris was too much moola for a day and a half of travel, so we ended up booking train tickets last minute to Belgium instead and traveled from Amsterdam to Antwerp to Bruges to Antwerp to Brussels to Antwerp to Amsterdam. 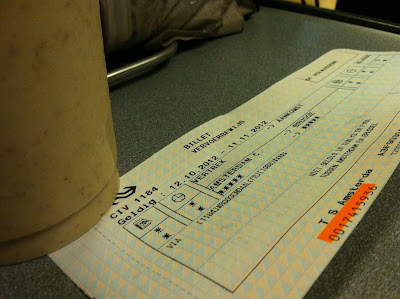 We spent the most time in Bruges, which worked out well because it was my favorite of the three cities we visited. It is a cutesy little medieval town in northwest Belgium, although if you ever see the Colin Farrell movie “In Bruges”, you will hear otherwise – “Maybe that’s what hell is…the entire rest of eternity spent in (expletive) Bruges.” 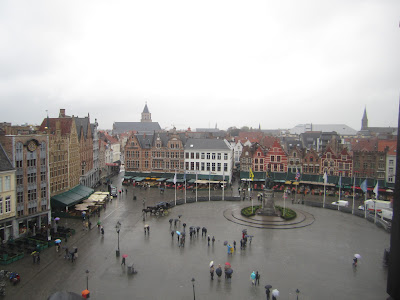 While in Bruges, we climbed 366 steps to the top of the Bell Tower (built between the years 1300 and 1486), went to a few different churches/cathedrals – including Basilica of the Holy Blood which had on display a relic with the alleged blood of Jesus himself and Church of our Lady with a Michelangelo statue of Mary and the babe, went on a Belgian beer brewery tour, and ate chocolate and frites (though not together). 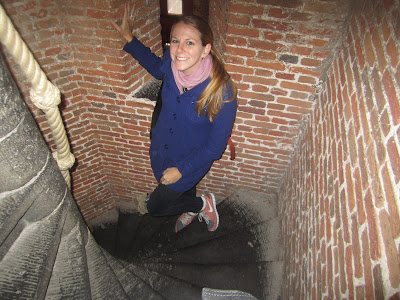 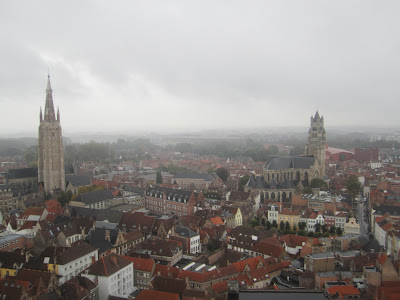 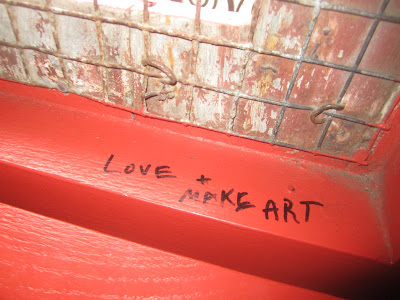 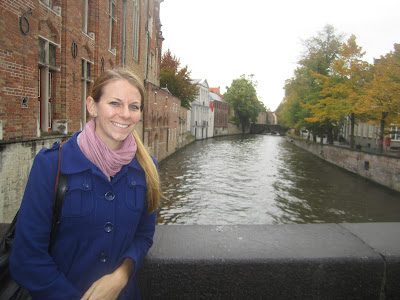 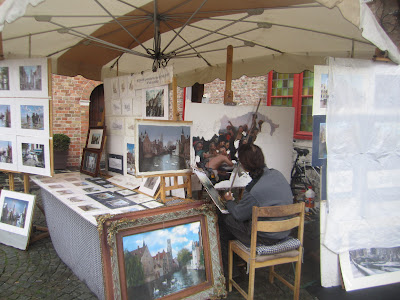 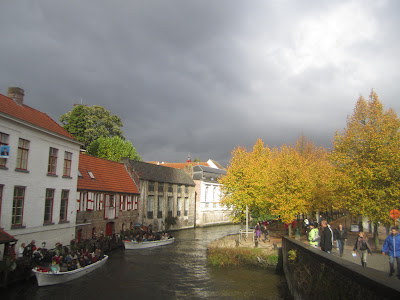 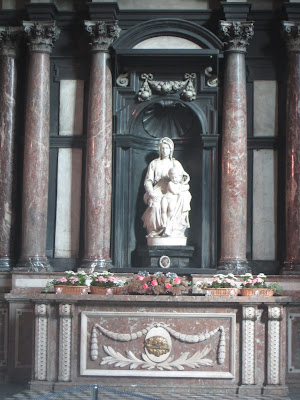 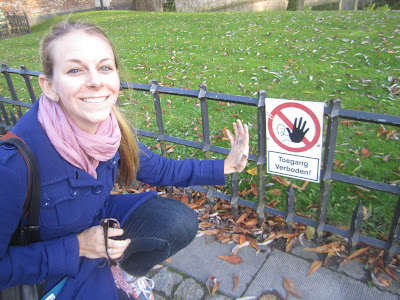 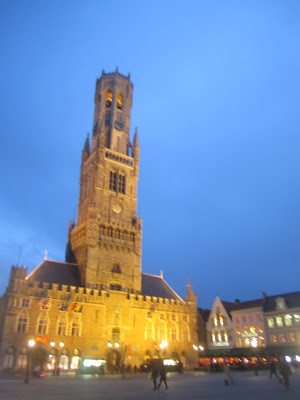 We got to Antwerp around nine at night and walked around a little to our hostel. I kept hearing Antwerp described as “posh” and although originally not totally digging that word (can’t stop thinking about Victoria Beckham), it really is the right word for the city. It’s kind of like Soho, if Soho also had beautiful and intricate buildings from the 1600s. 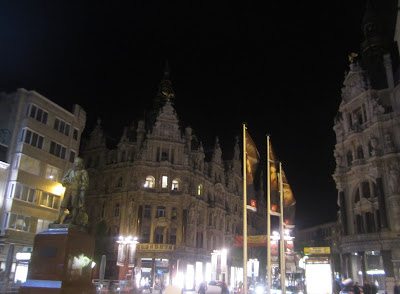 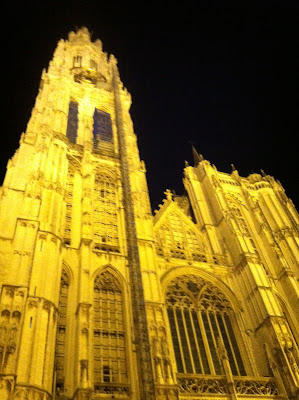 We were pretty tired and I’ll admit, I was kind of a buzzkill (too much chocolate and frites?) so we didn’t do the city nightlife that we would have done if we hadn’t gotten up so early that morning to start our journey. It tells you a lot about the nightlife that when we went for waffles at 10 am no place was open yet since no one wakes up that early. (Typically, that would be my kind of city!) There is not really a lot to *see* in Antwerp and it was pretty rainy for the morning so when places opened, we ate waffles and hightailed it to Brussels early afternoon. 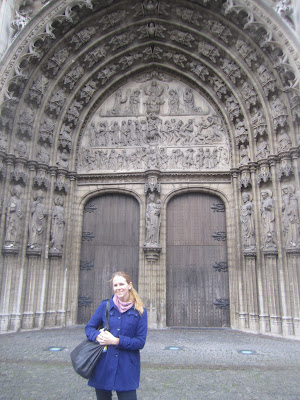 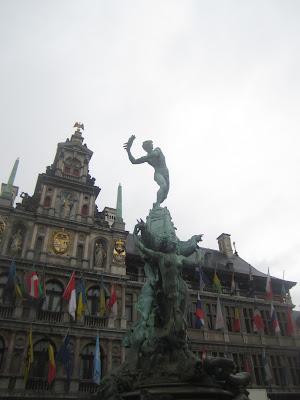 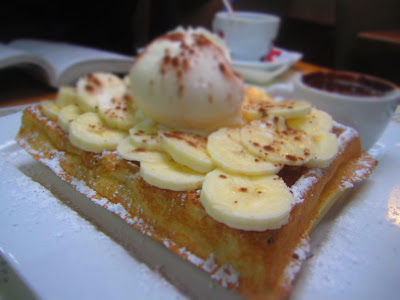 In Brussels, we walked around the city for a while, saw their famous fountain statue from 1619 of a little boy urinating (and if that isn’t weird enough, he has 700 costumes that they dress him up in), went to the Belgian Comic Strip Center (where my dad’s comic strip is *not* displayed unfortunately), the Magritte Museum, and of course ate lots of waffles and frites. 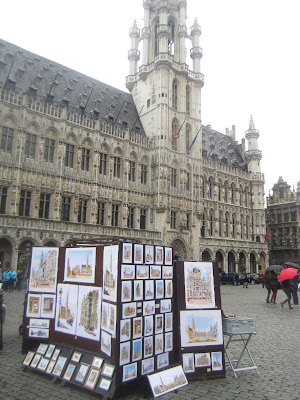 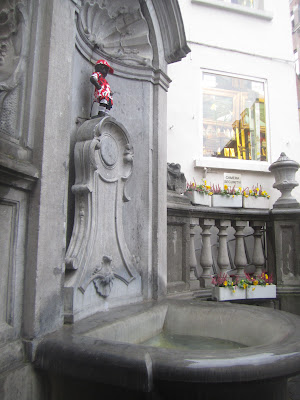 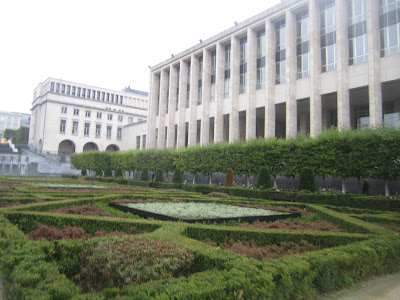 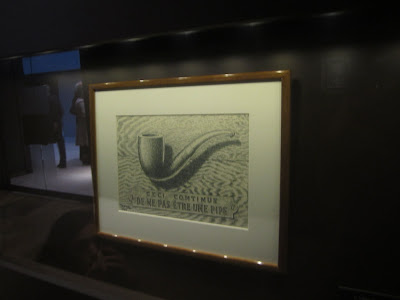 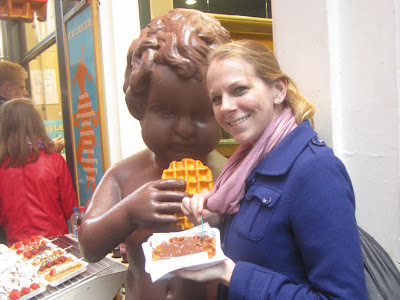 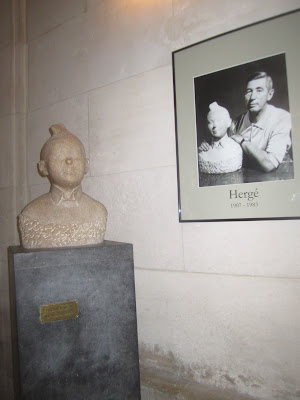 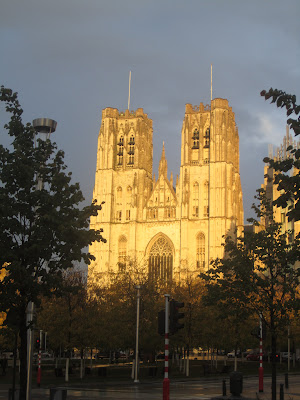 I think we spent the perfect amount of time in each city. I wouldn’t necessarily say that anyone should plan an entire vacation to Belgium, BUT if you are already in the area, it is worth a side trip, if for nothing else but to cross a country off your list and to eat TONS of chocolate, waffles, and frites. And aren't chocolate, waffles, and frites what life is all about anyway?