A Deluxe Apartment in the Sky

I am not a morning person. It takes something special for me to wake up before 11 on a weekend. Last Saturday, that "something special" was to visit Christopher Columbus in his living room. A seventh-floor apartment, larger than mine, was built around the Columbus statue in Columbus Circle. You may have heard of this exhibit by the Public Art Fund or you may have just wondered why there was scaffolding surrounding the statue and pillar. I wanted to go to the exhibit for two reasons, one so that I could get an up-close and personal view of Columbus and two, because it was "something special" - such a quirky "only in New York" thing to go see. 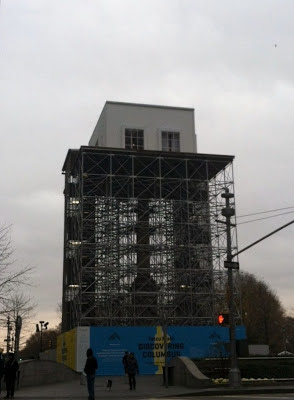 I checked out tickets to see Discovering Columbus earlier in the fall but the only available times were for when I was at work so I figured this would be something I would have to miss out on. But right before Thanksgiving, I saw a tweet that the exhibit was being extended a few weeks and I jumped online and searched for tickets with the fervor as if I were trying to get tickets to a NJ Springsteen show. The only timeslot available was for 9 am on a Saturday, but I couldn't think of a better way to start a new month than by doing something I wouldn't normally do.

I got to Columbus Circle around 8:35 and was maybe 12th in line for our timeslot. It was a pretty cold morning and I'm bad at weather and didn't wear the right coat, but somehow I survived long enough to climb the steps to the deluxe apartment in the sky. The women around me were complaining about the stairs, but I live in a fifth-floor walk-up, so I was prepared for that part of the journey.

When I was in line, I was thinking how I don't really pay too much attention to the statues here, aside from of course, the Statue of Liberty. But then when I travel to other cities, I always make an effort to check out their respective statues of their heroes, mostly under the advice of the great Rick Steves. I decided I would apologize to Columbus in my head when I saw him face-to-face. Unfortunately, I didn't realize that his face would be a good 8 feet above mine.

The detail in Columbus's apartment was pretty cute. He had couches, kitschy wallpaper, beautiful views, and tons of reading material. I'll bet he was sad to have to move out. 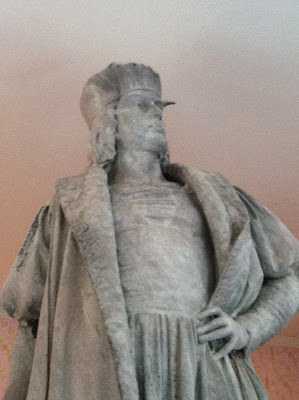 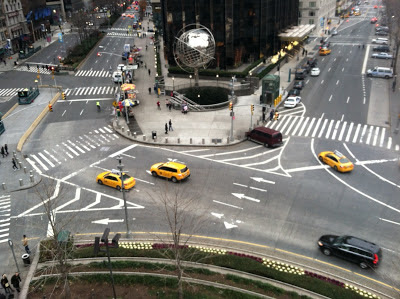 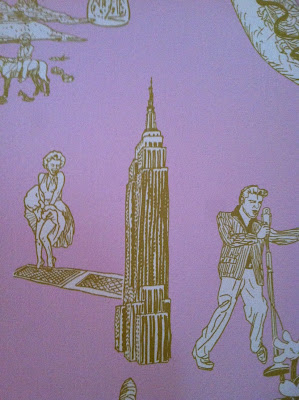 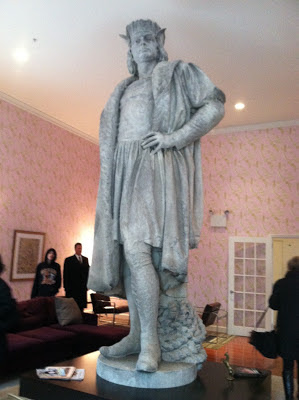 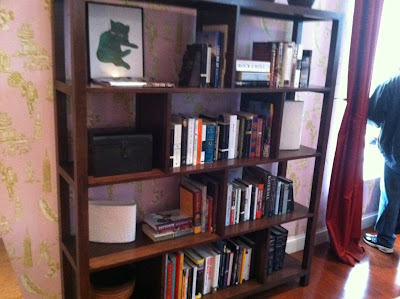 In case you'd like to see more, check out the first minute or so of this clip from one of my favorite shows, CBS Sunday Morning (I'm 80):