Take a Space Ride, with the Cowboy, Baby

Sometimes the best things about living in a big city like New York are the classics, like the Empire State Building or the Statue of Liberty. Other times, the best things are not classic at all, like when on Friday night, Kat and I attended the Professional Bull Riding event at Madison Square Garden. It was a last-minute idea, but a good one. 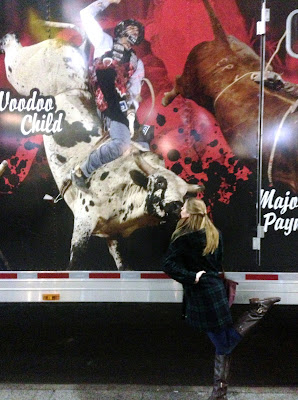 Once we got tons of junk food, beer, and sat in our seats at MSG to start watching, we realized that as city girls, we had no idea what was happening. We googled the rules of Professional Bull Riding (PBR) and as far as we understood it, the riders had to stay on for at least 8 seconds and then would be judged on style and difficulty of the particular bull. They weren't allowed to fall off or let go of the rope around the bull and had to keep one arm in the air. 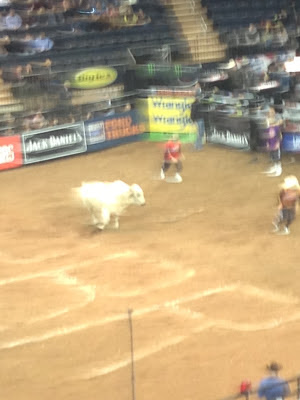 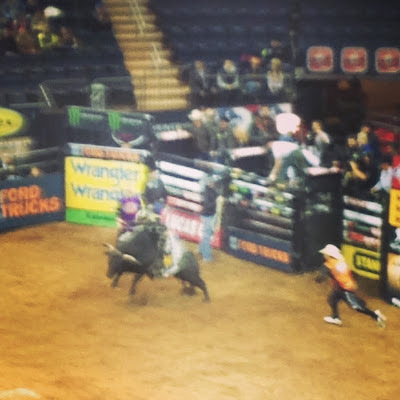 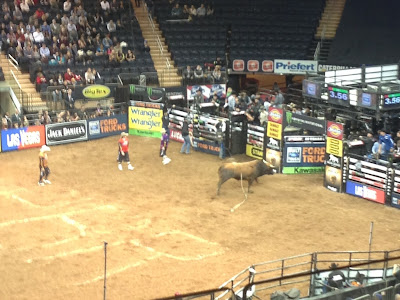 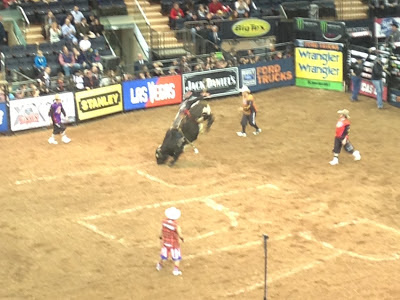 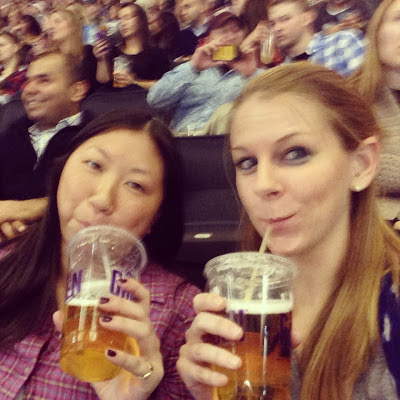 This event was so different than what we normally do that we still have so many questions that remain unanswered:
I did feel one with the bulls, most likely because I am a Taurus AND was born in the year of the Bull. (The negative side of this is "stubborn", but the positive swing of it is "determined".) I hope that despite how it looked at the event, that the bulls are pet and snuggled and talked sweetly to when they are not being tortured by having crazy men try to sit on them while rap music plays and people cheer.

After the show, we went to Brother Jimmy's and had a great rest of the evening. The PBR beer promo guy kept taking our purchased draft beers and replacing them with PBR cans. When we bought more beers of our choice, we felt like we had to hide them from the promo guy so as to not hurt his feelings since he had also given us PBR chapstick and cowboy hats. I sadly left the cowboy hat at the bar, which I now regret, because I think it suits me. 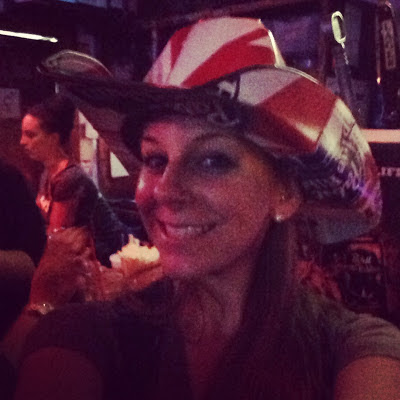 I do *not* regret though going to the event. I hope this is one that turns into a yearly tradition for Kat and me, and whoever else wants in. That ain't no bull.