I went to a traditional Chinese New Year dinner last night hosted by two friends, one who just moved to NYC from Singapore. She cooked tons of amazing food, including many of the foods I had been obsessed with while I was in Hong Kong a few weeks ago, on the last leg of my Asia trip. This dinner had something I was too nervous to try in HK though so it was time to bite the bullet and see what these chicken feet were all about. I know it's really cliche, but they really just "tasted like chicken." 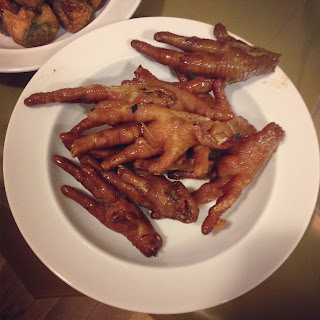 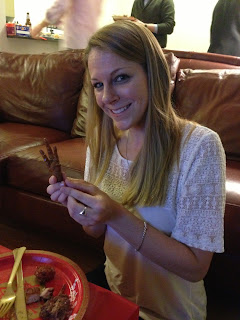 Thai food is fantastic. But after a week and a half of eating varieties of noodles and rice, Katie and I were ready for some new food adventures. While in Hong Kong, we stayed with our friends Andrea and Jason, who definitely knew where to get the good stuff. If you ever find yourself in HK, I recommend you try the following:

This flaky pastry filled with egg custard will cost you less than 1 US dollar and you'll be thinking about it for weeks afterward. You can get these in many places in HK, but the best egg tart (as proven by the lines out the door) is at Tai Cheong Bakery. Andrea isn't really a fan and said sometimes they really are too eggy tasting rather than sweet, but Katie and I both enjoyed them. I kind of freaked out when I saw them on the table at the Chinese New Year party and now that I know I can get them in Chinatown and Flushing, I am going to be eating these a lot. 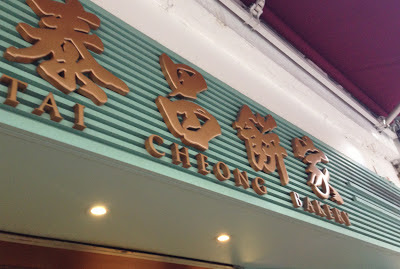 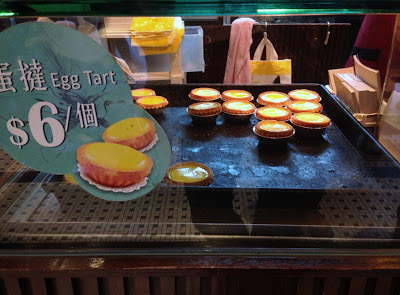 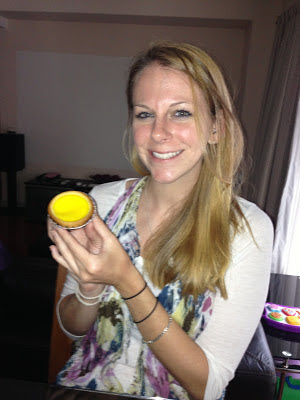 Forget going to get "tapas" with the gals on a Thursday night. In Hong Kong, it's lunchtime and it's Dim Sum. Same deal, lots of different bite-sized items so you can try everything you want to. Difference is, instead of ordering from a waiter/waitress, they roll carts around the room and you flag down what you want and get it immediately. Everything we ordered was excellent, there wasn't one item that I wouldn't have eaten more of, but my favorites were the taro dumplings, pork buns, and the freaking amazing mango pudding. 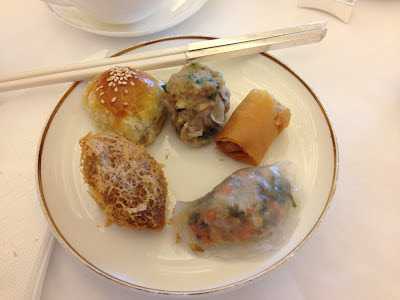 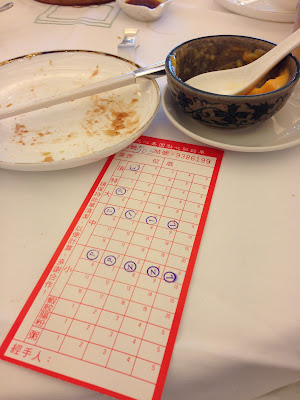 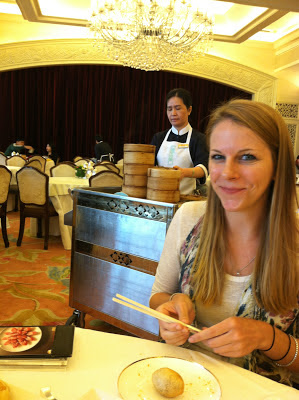 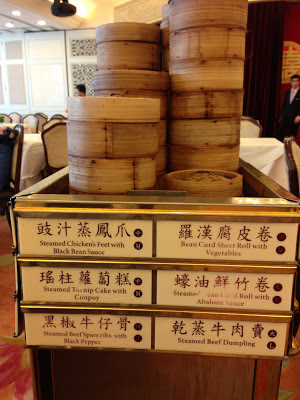 Eggettes - hand-held puffed up waffles - are one of the most popular street foods in HK and it's easy to see why. After I got my waffle, for some reason Katie and Andrea kept getting cut in the line and I had finished mine before they even got theirs because it was that good. But by the time they ordered, they realized you could get a waffle that was half regular and half chocolate, rather than a full on regular eggette like I got. So I missed out on the different flavors by wanting to be first in line, but I couldn't really have gone too wrong here. 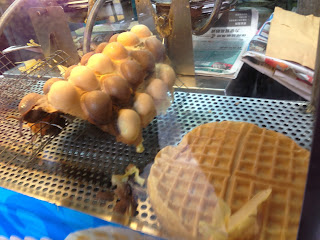 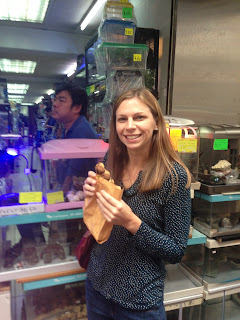 I've mentioned before that I don't really cook at home, but I do like dining experiences where I have to work hard for my food (cooking Korean BBQ, opening crabs). So when Andrea suggested Hot Pot at Little Sheep as one of our dining options, I was all in. Just like at Dim Sum, we ordered a ton of different items so that we could try everything - sliced beef, chicken wings, pork, tofu, veggies, noodles. Unlike Dim Sum, the gratification was not immediate because everything came raw and we had to cook it ourselves. One of the stranger things we ordered were fish skins - these we didn't have to cook, they were kind of the consistency of potato chips and really not that bad. I think we did a pretty good job without any instruction, at least no one got sick that night from undercooked food. Hot Pot was also a feature of the New Year party last night, so I was excited to get to try it again. 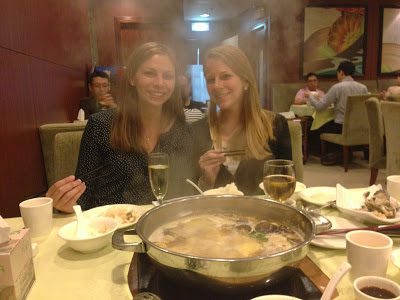 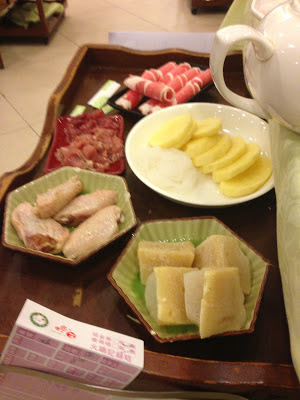 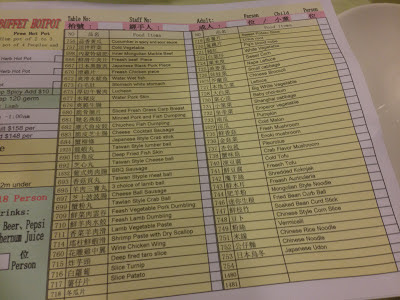 Especially after the dinner last night, I have realized I need to explore Chinatown way more than I have so far. I need another egg tart, stat.