Up in the Air

As I mentioned in my Dylan's Candy Bar post, Kat and I were there to stock up for a "long journey" for #21 on my 28 Things. The "long journey" was actually just a trip to Roosevelt Island, but we were leaving *our* island, and for us in the bitter cold, that was a big deal.

#21 Take the tram to Roosevelt Island 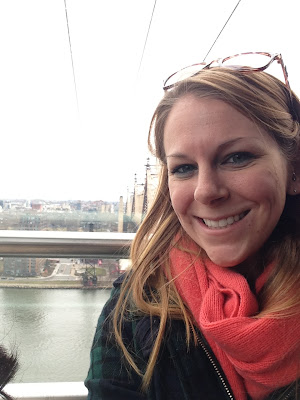 After a lack-luster brunch at Les Halles, Kat and I took the 6 train up to 59th Street. The tram entrance is at 59th and 2nd and I had no idea it even existed until Mendy put this on my list. We swiped our metrocards and waited for just a few minutes while we watched the tram come in from Roosevelt and then grabbed window seats for the ride, which lasted all of five minutes, but was pretty cool. 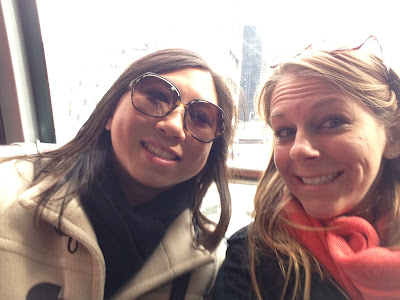 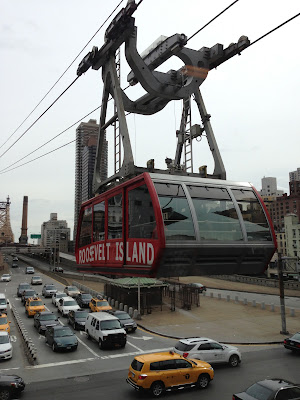 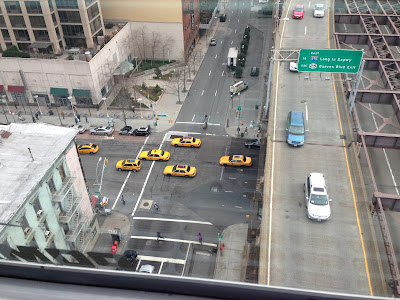 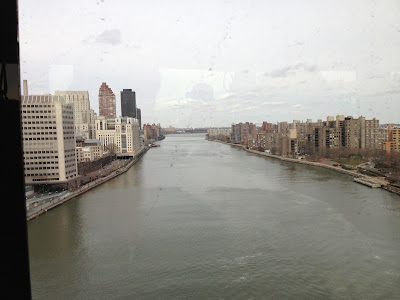 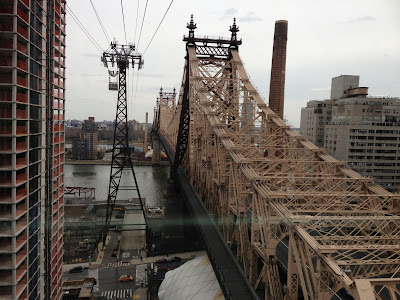 It seemed like most people who rode the tram got right back on and took it back to Manhattan. But I had googled "things to do on Roosevelt Island" and came up with a few options: a historic hospital, an old insane asylum, and a lighthouse, so Kat and I stayed to explore a little.


We went to the Roosevelt Island Historical Society booth and picked up a cute little hand-drawn map for $1 and hopped on the bus for a quarter. We were clearly not in Kansas anymore with those prices. The bus took us to the north end and we got off at the Octagon, which used to be the NYC Lunatic Asylum in the 1800s but is now luxury condos. I imagine it's quite haunted, but is very pretty and looks like a great place to live aside from the ghosts. 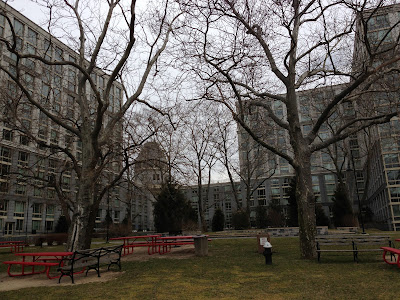 The coolest part of the island aside from the tram seemed to be the lighthouse but when Kat and I walked up a little further north, we were met with fences and the realization that we couldn't get anywhere near it. We thought maybe there had been some damage to the island during Hurricane Sandy but who knows. At this point, we decided to just walk along the river back to the tram and call it a day. It was really too cold to be walking around as long as we had been so we promised to come back in the summer and have a nicer walk another time. 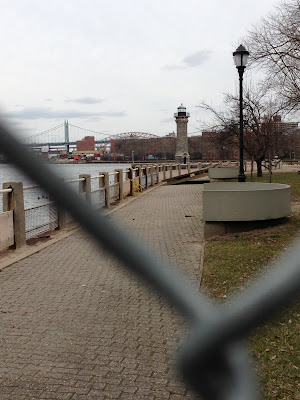 Just as Kat and I had had several questions about the Professional Bull Riding Championships, we had a long list of questions about Roosevelt Island. What is the rent like? Is it a premium to live on the island because it is quiet or is it cheaper because the commute is probably annoying? Do people commute every day or do they work on the island? Are there people who live there and never leave? Does the tram run into the night? In all weather? Is there a good frozen yogurt shop? Do taxis go there? What is it like to date a guy who lives there?

Hope you're all feeling groovy after that one. I know I am.