Global Bites without the Flights: Brazilian at Berimbau

Last week, I asked MK to join me on my next Global Bites without the Flights. 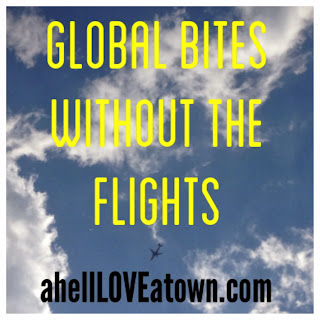 When asked where he wanted to travel to, MK suggested Rio. I spent a weekend in Brazil when I studied abroad in college but we traveled to Iguazú Falls instead of Rio de Janeiro. I highly recommend catching these waterfalls if you find yourself in South America. They are absolutely breathtaking. 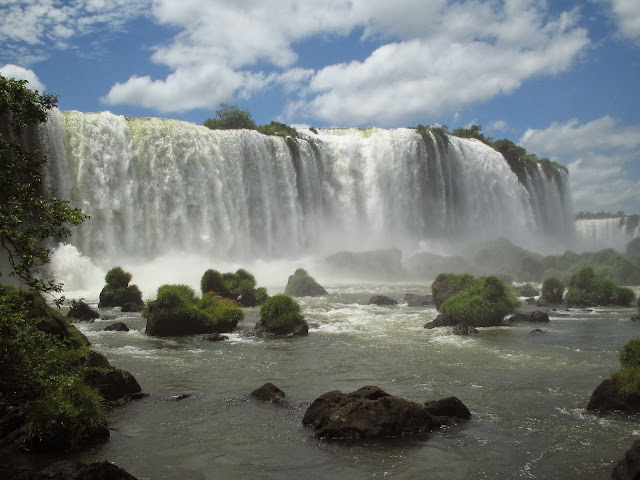 While I doubt I did much research on Brazilian cuisine when I was there back in 2005 (way before my travel obsession started), I did a little googling before our dinner last week. I may have printed out the Wikipedia page on Brazilian cuisine and cross-referenced it with the menu at my chosen Brazilian place, Berimbau, but that wasn't necessarily the nerdiest thing I did last week.

Here's the lowdown on Berimbau:
The national drink of Brazil is the Caipririnha - made from Brazil's national liquor, Cachaça, distilled from sugar cane. These are traditionally lime, but I ordered mine mango-flavored. The gentleman had a Bossa Nova, a drink named after a type of Brazilian music.

Imagine my distress when one of my highlighted appetizers wasn't on the menu handed to us. I had been looking forward to the Salgadinhos (Brazilian pastries with chicken and yucca), but Berimbau no longer serves them. Instead we ordered pulled pork, sausage, and carnitas Pastels (Brazilian empanadas) and a plate of Pao de Queijo, literally cheese bread. The sausage empanada was my favorite but I would eat all three of them all day every day, with no complaints. The Pao was fluffy and tasted a little like this quiche I sometimes make in the winter which is obviously really yummy because I make it. 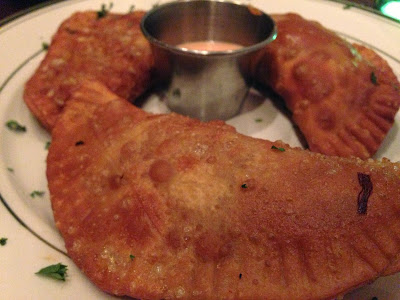 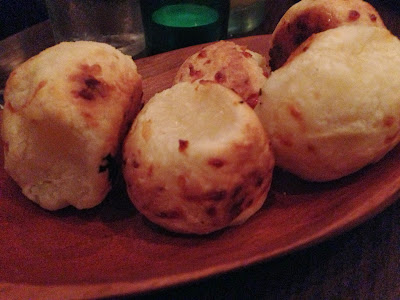 We went splits-kies on the entree which was a great idea because I definitely overappetized (this is a common predicament in my family). Brazil's national dish, Feijoada, described on the Berimbau menu as, "Traditional black beans stew with pork prime meats served with rice, collard greens, fresh orange slices and farofa." Farofa is yucca flour which our waitress recommended mixing with the rice and stew. We each got our own plate of rice, greens, oranges, and the farofa. The Feijoada was flavorful and delicious but I think even without the apps, it would have taken me a few days to finish on my own, but it wouldn't have been a bad few days. 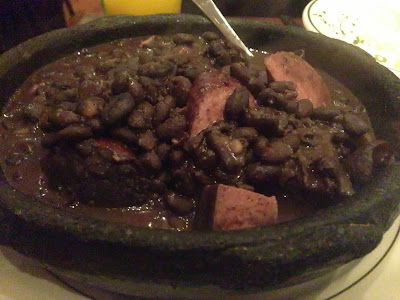 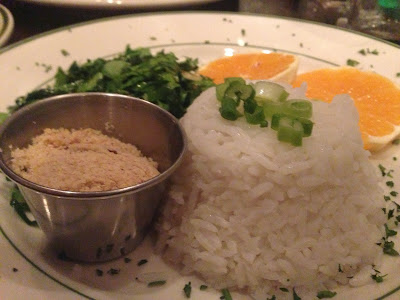