I May Never See the Macy's Thanksgiving Day Parade (and that's okay!)

The other week, one of my coworkers invited me to his apartment for Thanksgiving morning because his apartment overlooks the trail of the Macy's Thanksgiving Day Parade. I thanked my friend for the invite but told him I was heading home to South Jersey for my favorite holiday ever. Because it is such an iconic NYC event, I would LOVE seeing the parade, but I have a feeling I will never see it in person. And that's okay! 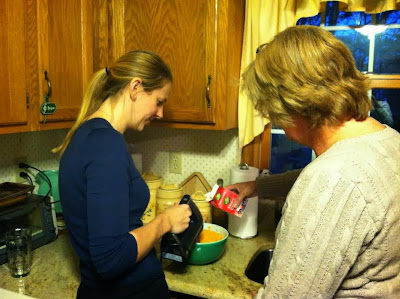 My parents have hosted Thanksgiving for our extended family (the frousins & co.) for over 25 years - and I have been helping for one of those years. I think it became my favorite holiday when I was younger because it was the only one we didn't have to drive up to Trenton for. I could sleep a little later, didn't have to beg my dad to buy me a new notebook at the gas station to entertain myself for the two-hour drive, and I got to show off all my toys (or, later on, my *N Sync posters) to my cousins. 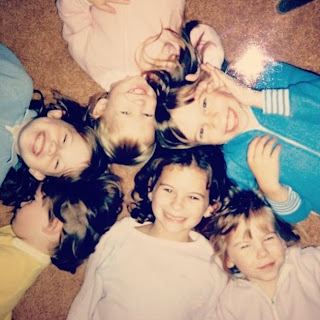 If you think my frousins and I are weird now, you should have seen us when we were younger. In 1992, we spent the day practicing every single word to the Aladdin soundtrack and then performing it to the adults (who I hope had all had some wine before sitting through it). I remember stopping the performance abruptly because some of the adults were not taking it seriously enough and kept interrupting by walking through our stage. A few years later, we started making original movies with super weird plots and characters. For some reason, I usually played a villain - most vividly, the leader of the aliens who kidnapped the stupid girl ("tonight is a good night for aliens!"). I also remember being cast as a set of twins who sang "The Boy is Mine" together while fighting over the male lead (Frousin Mike). 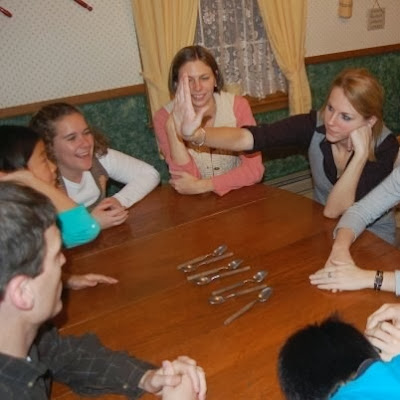 When we weren't making movies, we were busy drawing on giant rolls of paper strewn across the kitchen floor, making acorn rings outside, playing spoons or drugdealer (that's a card game for the record), and overappetizing (overestimating the size of our stomachs and filling up too early at the appetizer table). Luckily, everyone saves room for my dad's apple pie and my grandmother's pumpkin pie - so famous that the recipe has been on the Libby's pumpkin can label for decades. 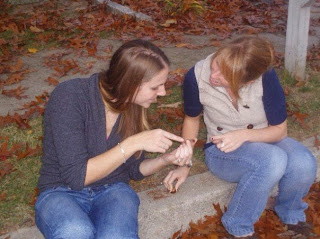 In recent years, we've also had lots of good news of engagements and babies at the Thanksgiving table. Or, tables, I should really say. Last year we had 23 family members so there were two long tables, a kid's table (no, I didn't sit there), and a few at the counter. It's tight, but we're all in one room, and nowadays, that's my favorite part of the holiday. 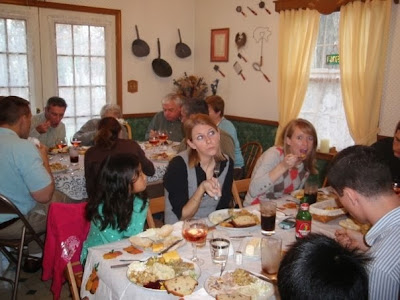 This year, it will be a small gathering of just 18, and that includes someone brand new. My cousins have promised to embarrass me in front of this particular guest, as if I don't do a good enough job of that myself. And I can't wait. Parade schmarade. Bring on the appetizers.