Atlanta - Under the Sea

When MK and I were on our way back from New Orleans last month, our flight from Atlanta to NYC was cancelled because of the snow in the northeast. We weren't able to get a new flight out until more than 24 hours later. At first I panicked (surprise), but once I got everything figured out with work, we decided to embrace an extra day on vacation and enjoy our time in Atlanta.

We rented an awesome Town & Country minivan and drove to Buckhead where we decided to stay based on the advice of some friends. That night we went out for a few local brews and spinach dip at the Ivy with one of MK's friends from college. In the morning, we had one more awesome southern breakfast (biscuits and gravy) and then headed to our main attraction, the Georgia Aquarium. Now, I haven't been to an aquarium in quite some time, but I would venture to say that the Georgia Aquarium is at the top of its craft. It was the largest aquarium in the world when it opened a decade ago and is home to over 100,000 living creatures.

The absolute coolest part of the aquarium is the "Ocean Voyager" exhibit, a ginormous tank (6.3 million gallons!) with thousands of cuties (and some not-so-cuties) swimming around together, living as one. The aquarium is most proud of their four whale sharks (the largest fish species in the world) and their four manta rays (the only ones ever to be in an American aquarium). The tank can be seen through many different views including a tunnel and a giant viewing window bigger than a movie screen. 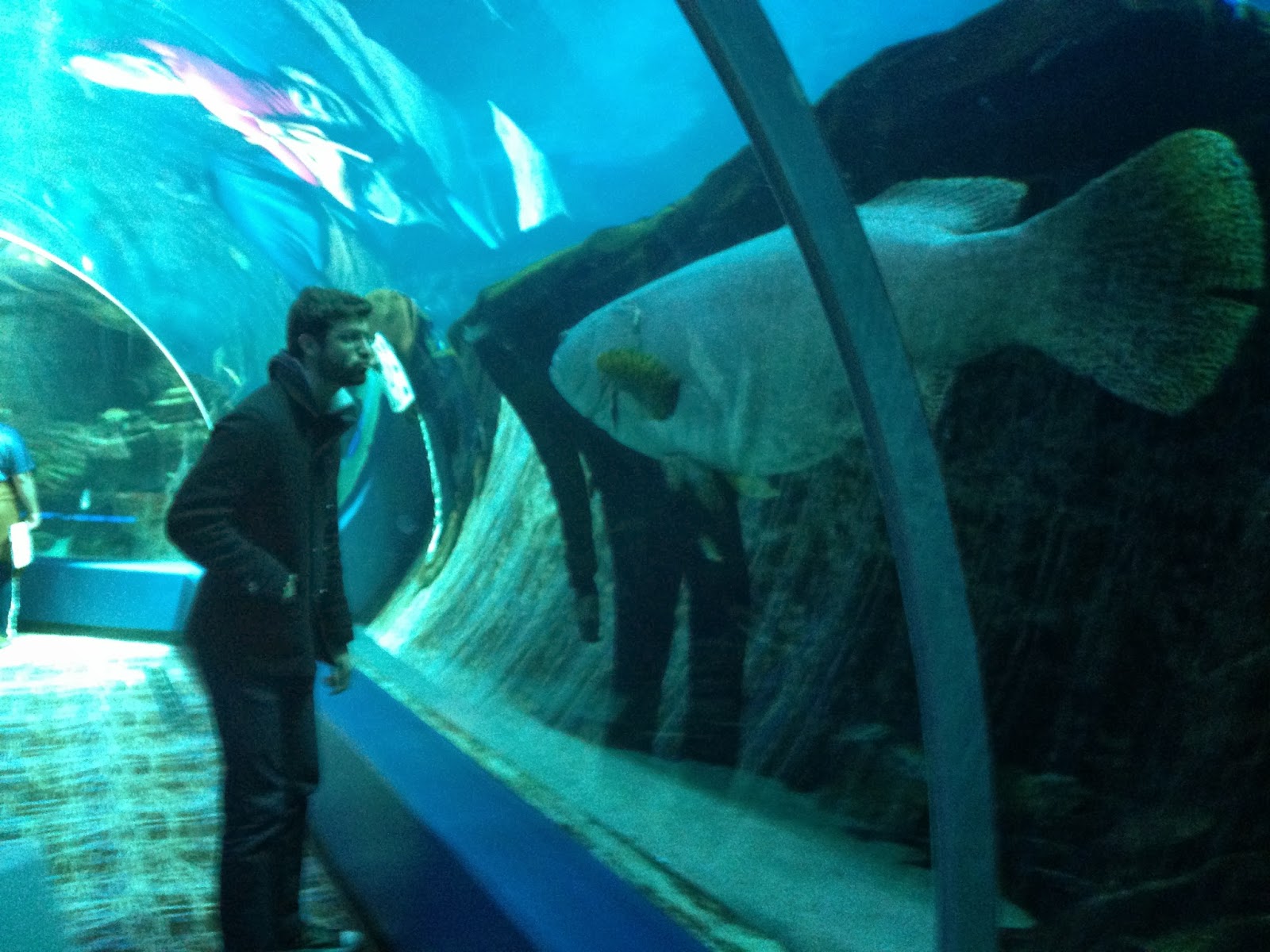 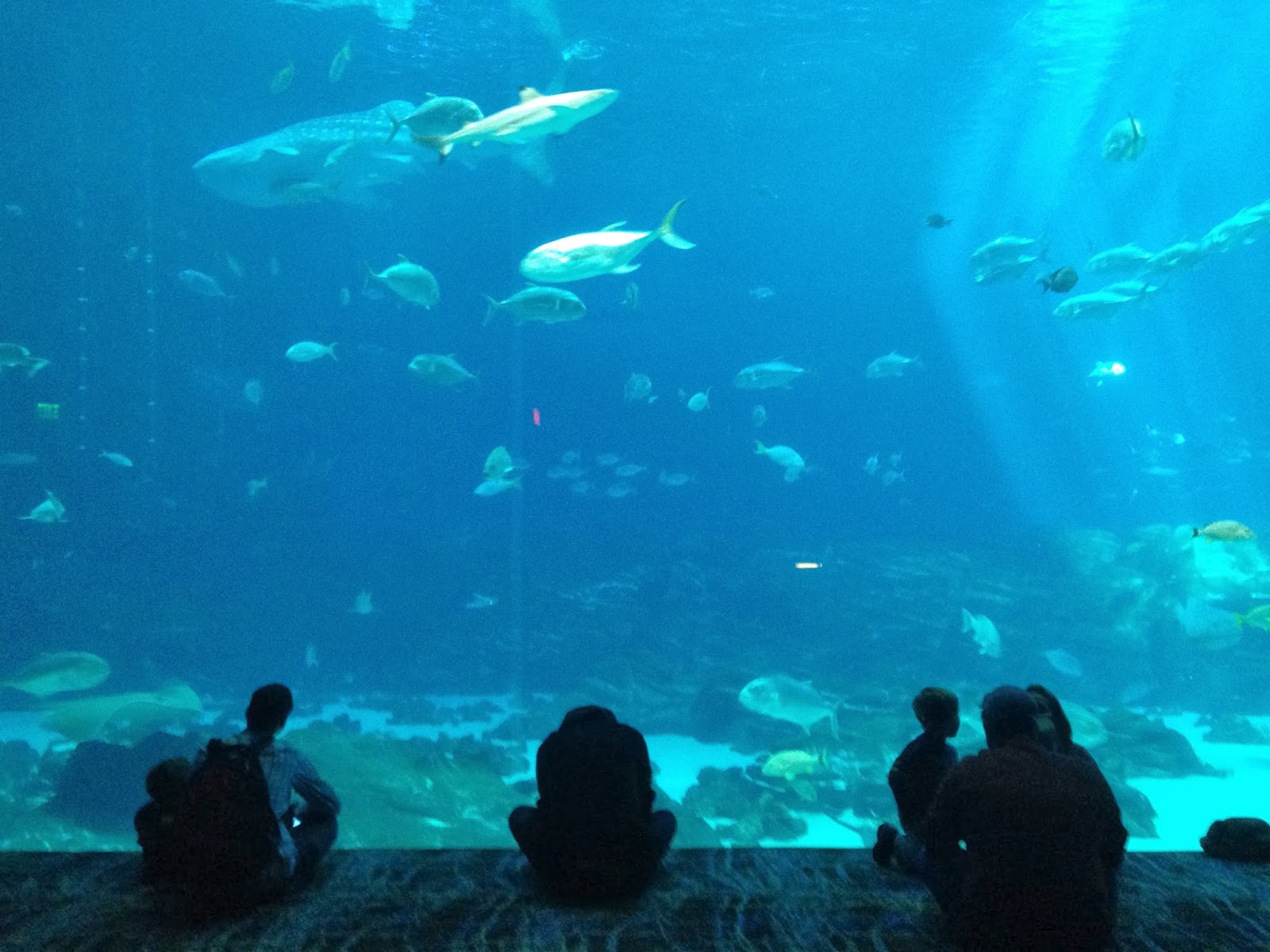 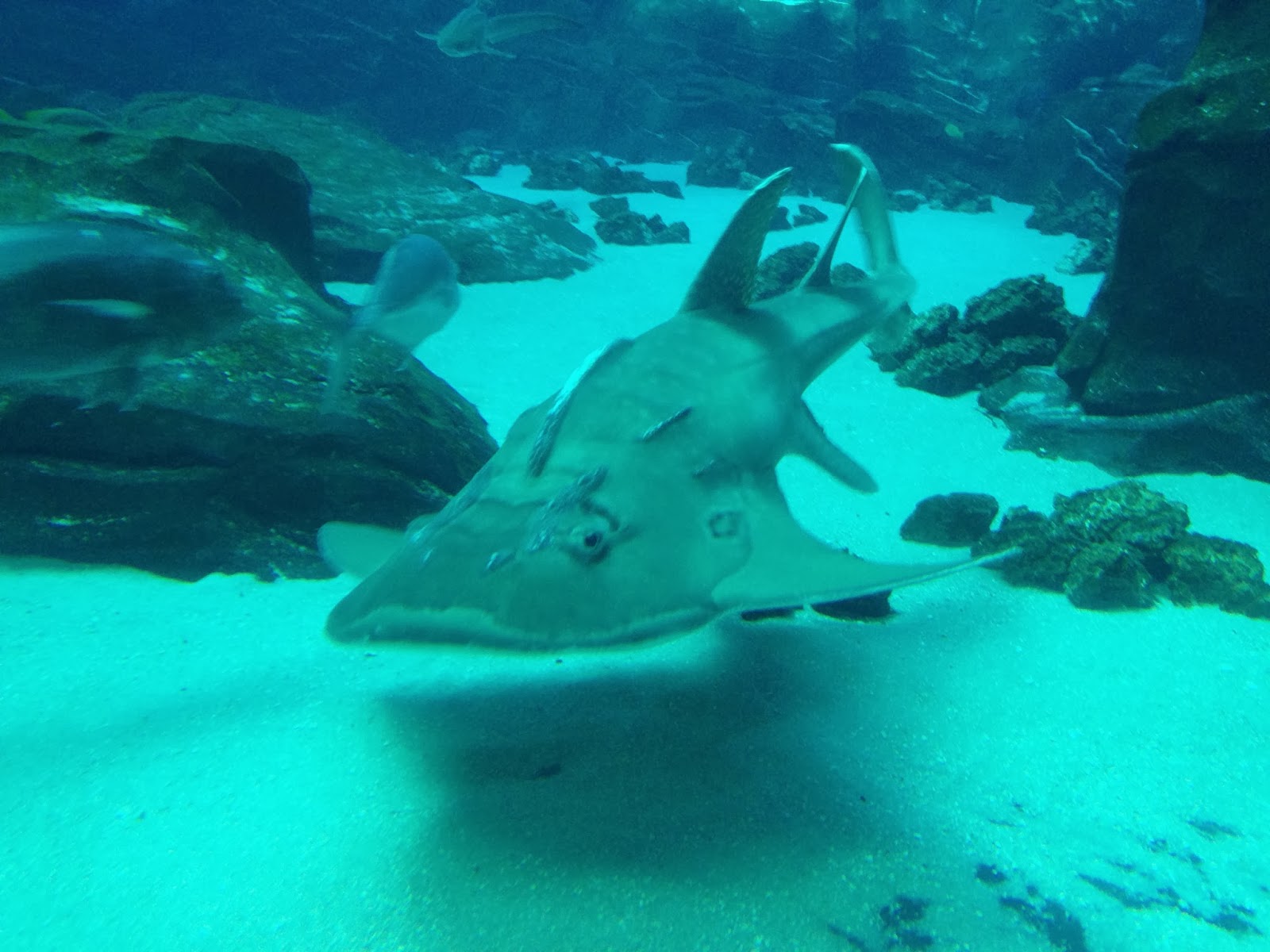 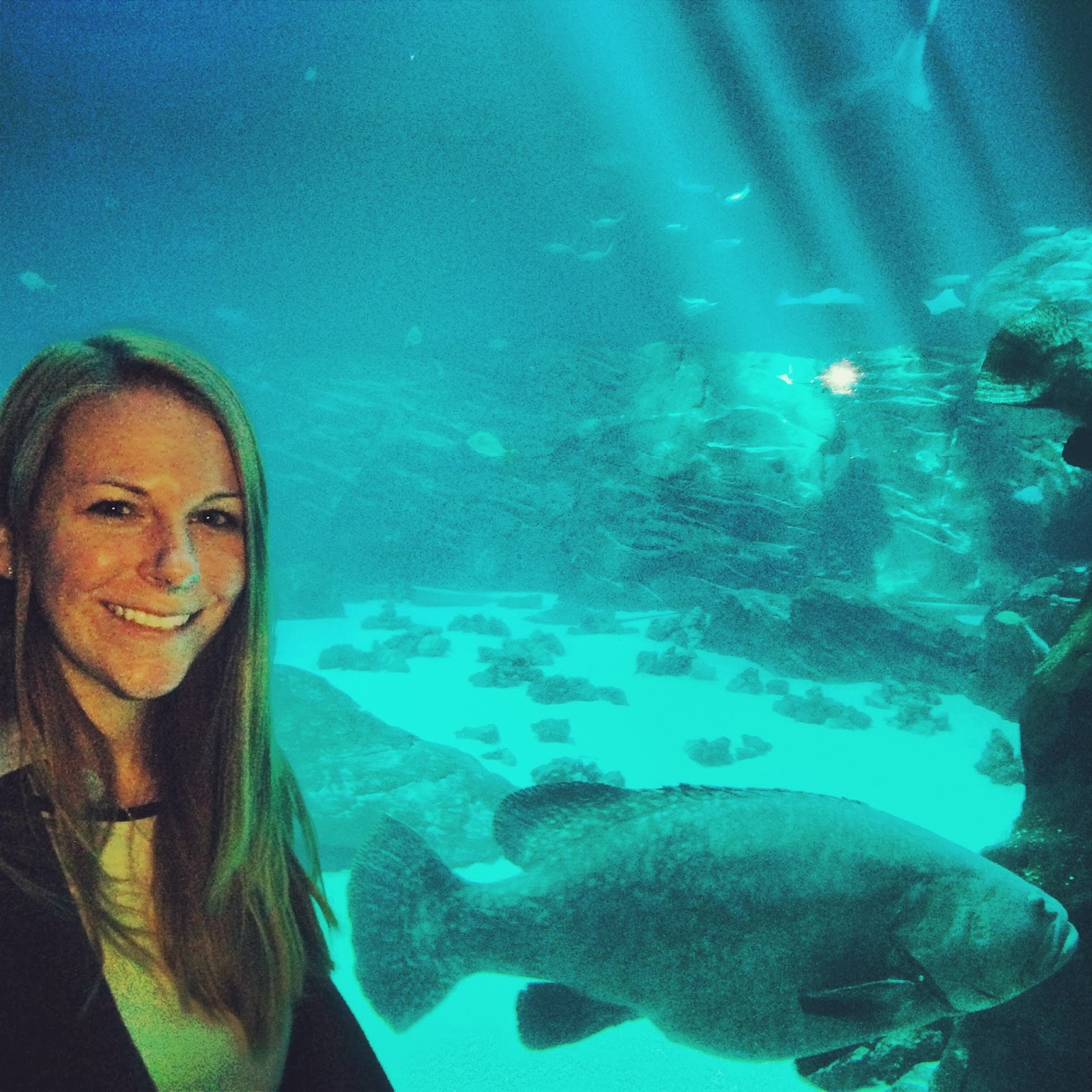 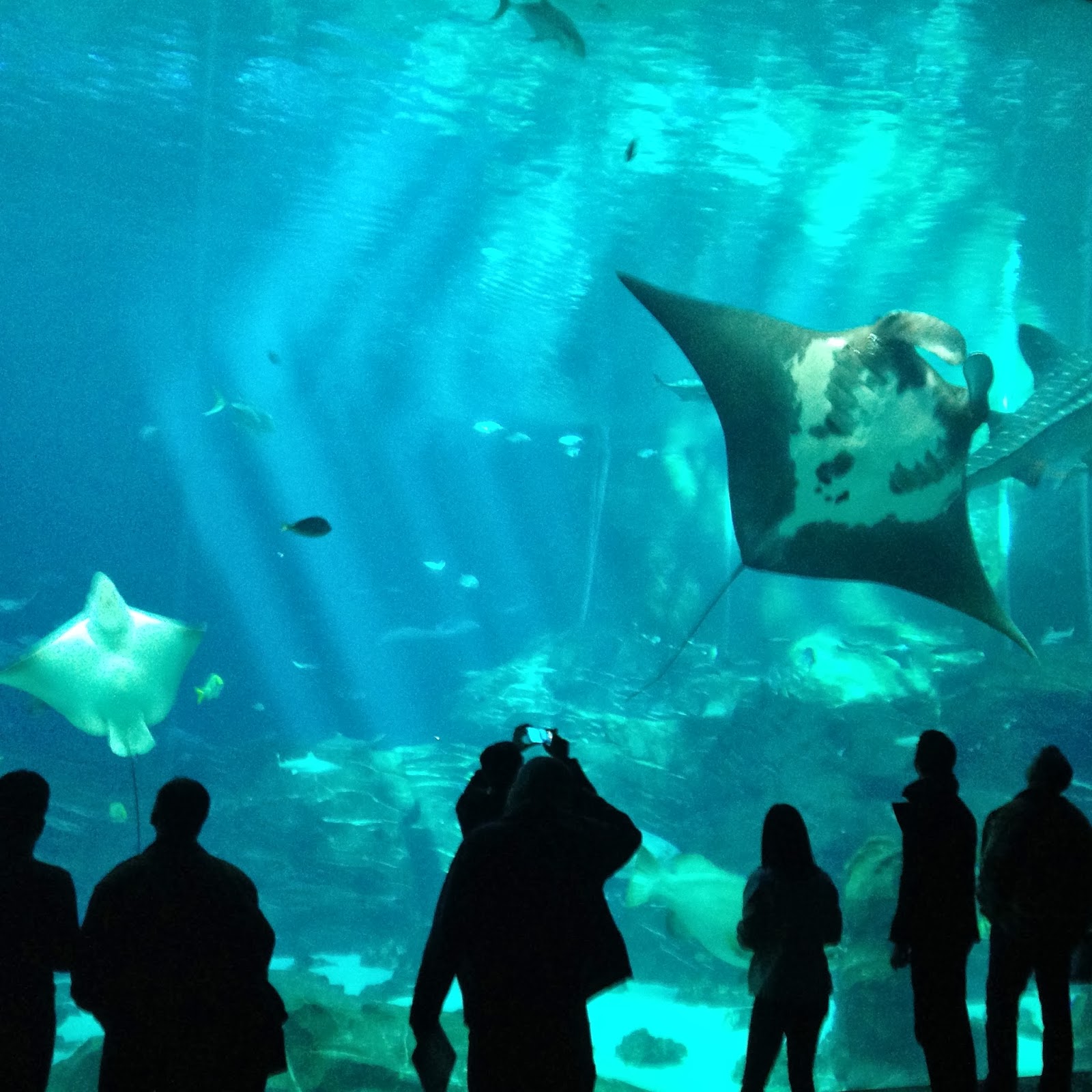 When I was younger, I was obsessed with penguins (and kind of still am) so I became excited when we walked over to the "Cold Water Quest" section of the aquarium. I was even more excited when I realized we could crawl under the exhibit and pop our heads up into the penguins' actual living area. It was a bit claustrophobic for me and even more for MK at 6'4", but it was awesome to be face-to-face with the little guys for a few minutes. We also were able to hang out with the beluga whales and some awesome otters there. 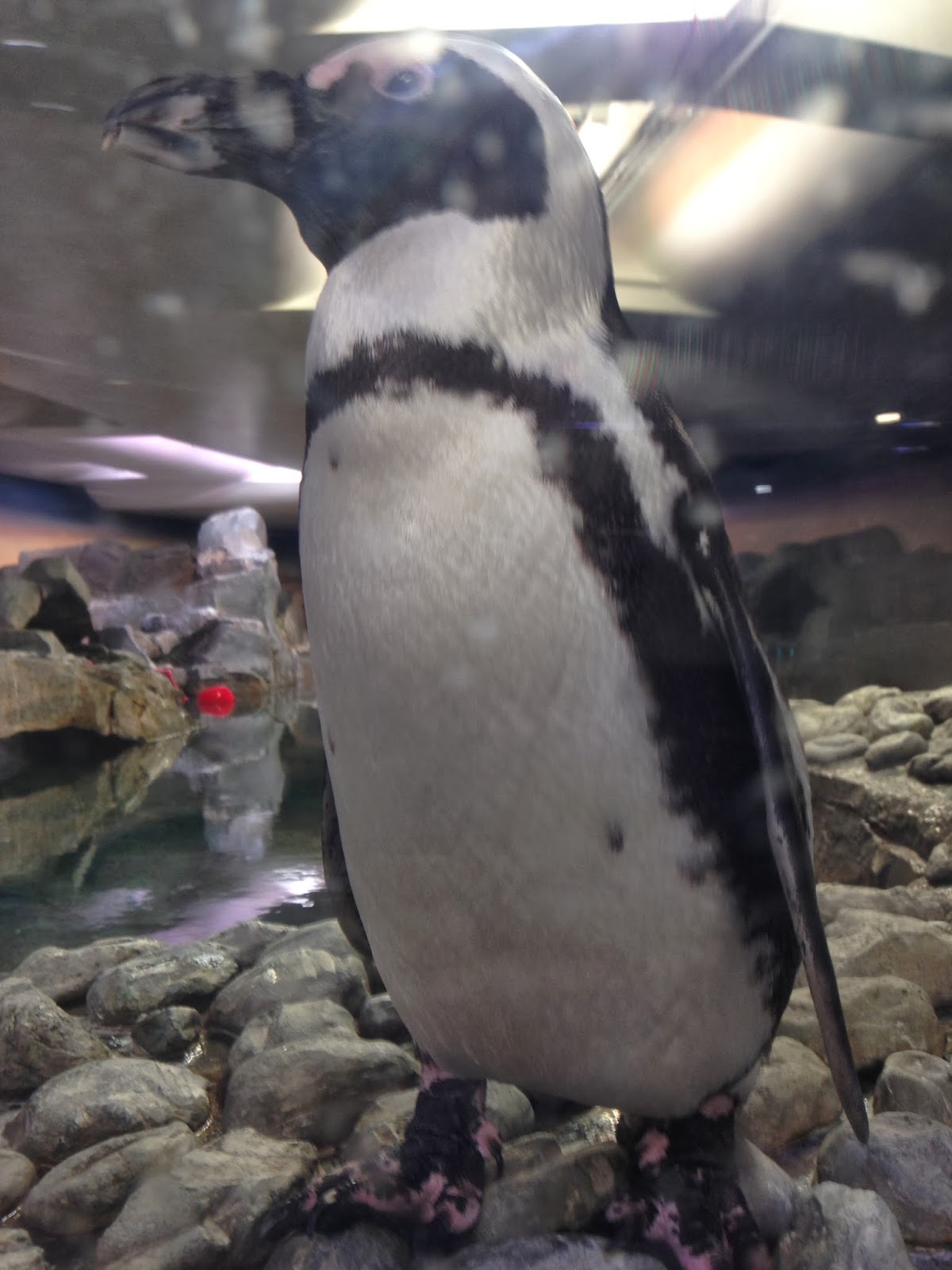 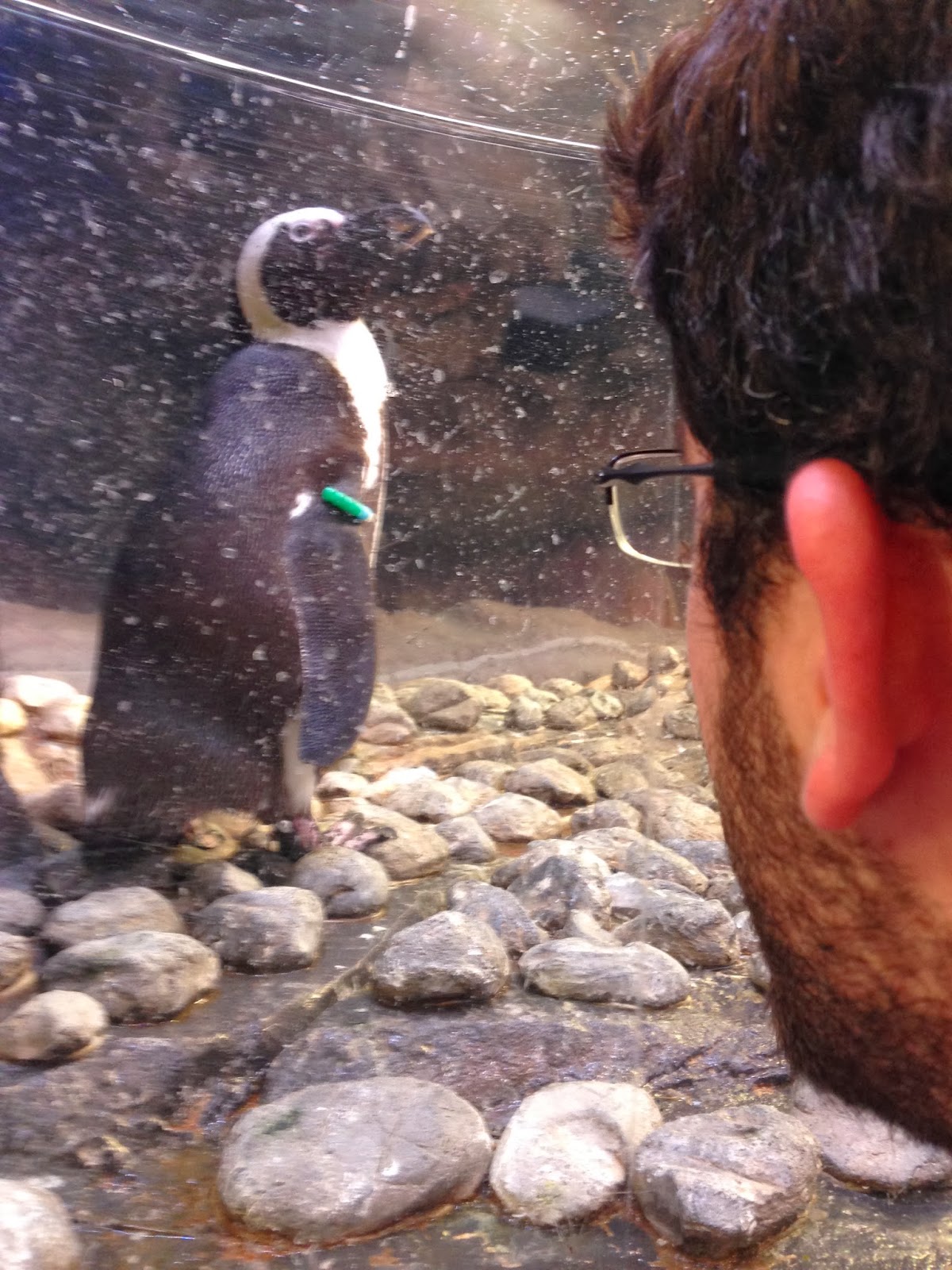 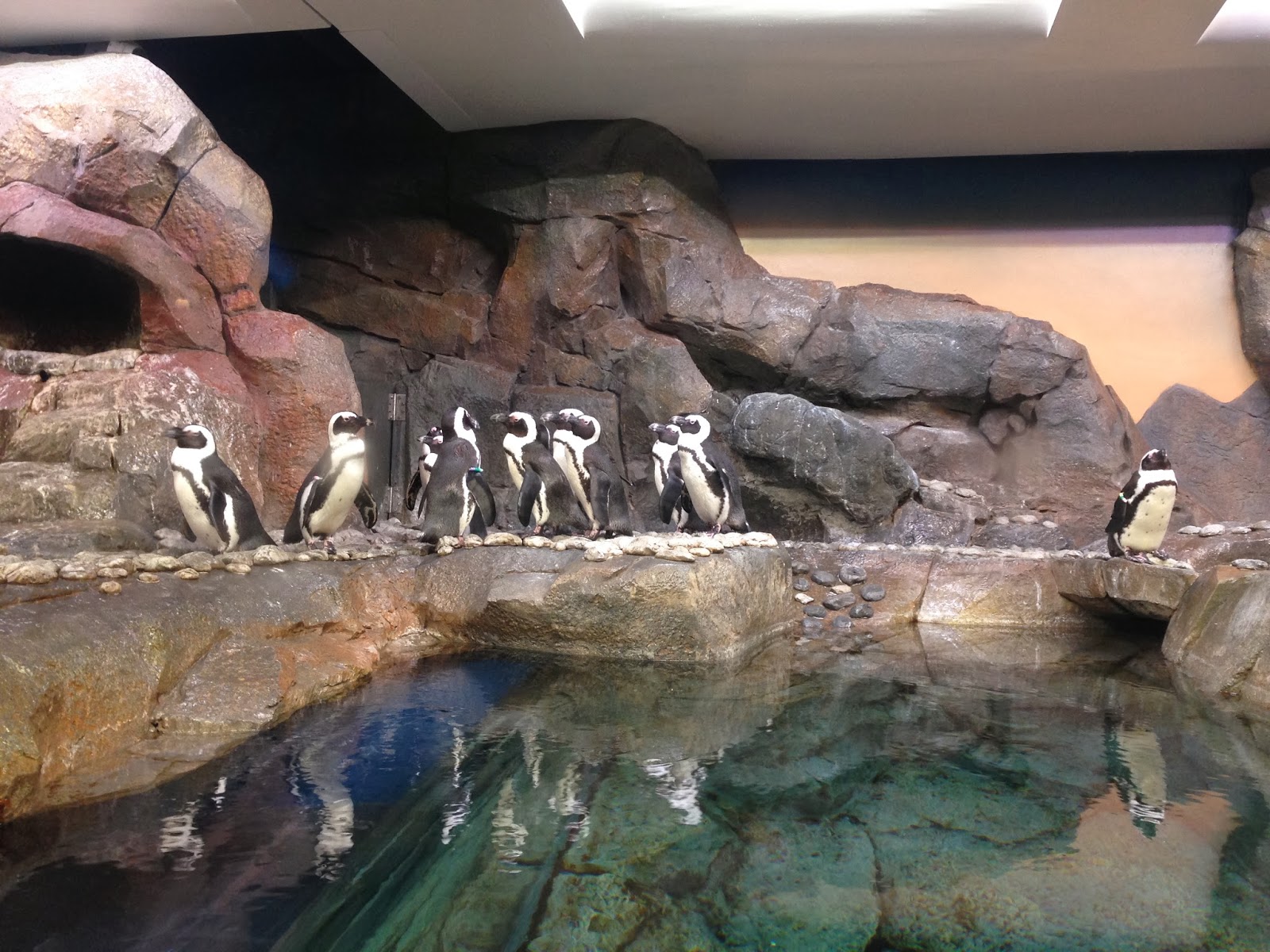 At first glance, the large tanks of jellyfish in "Tropical Diver" looked like animated screensavers. I'm used to seeing dead clear jellyfish on the Jersey Shore and not these vivid swimming creepers. Speaking of creepers, MK freaked out a little about an octopus in one of the tanks in this exhibit, as it suctioned and unsuctioned its tentacles against the glass and climbed over a starfish like it wasn't even there. At least I can tease him about this whenever he reminds me of my 20 texts in a row I sent him once when I was panicking about the mouse in my apartment. 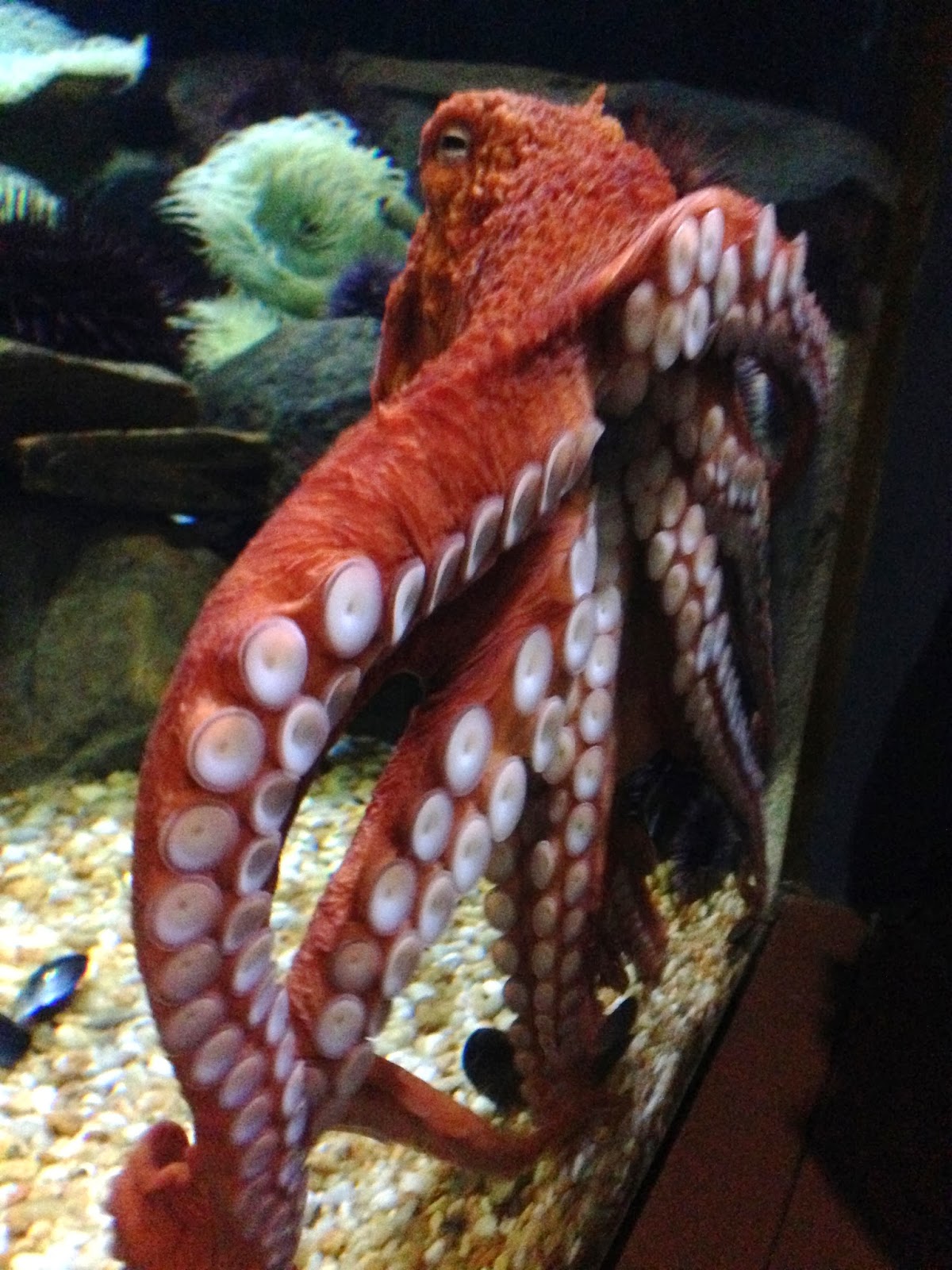 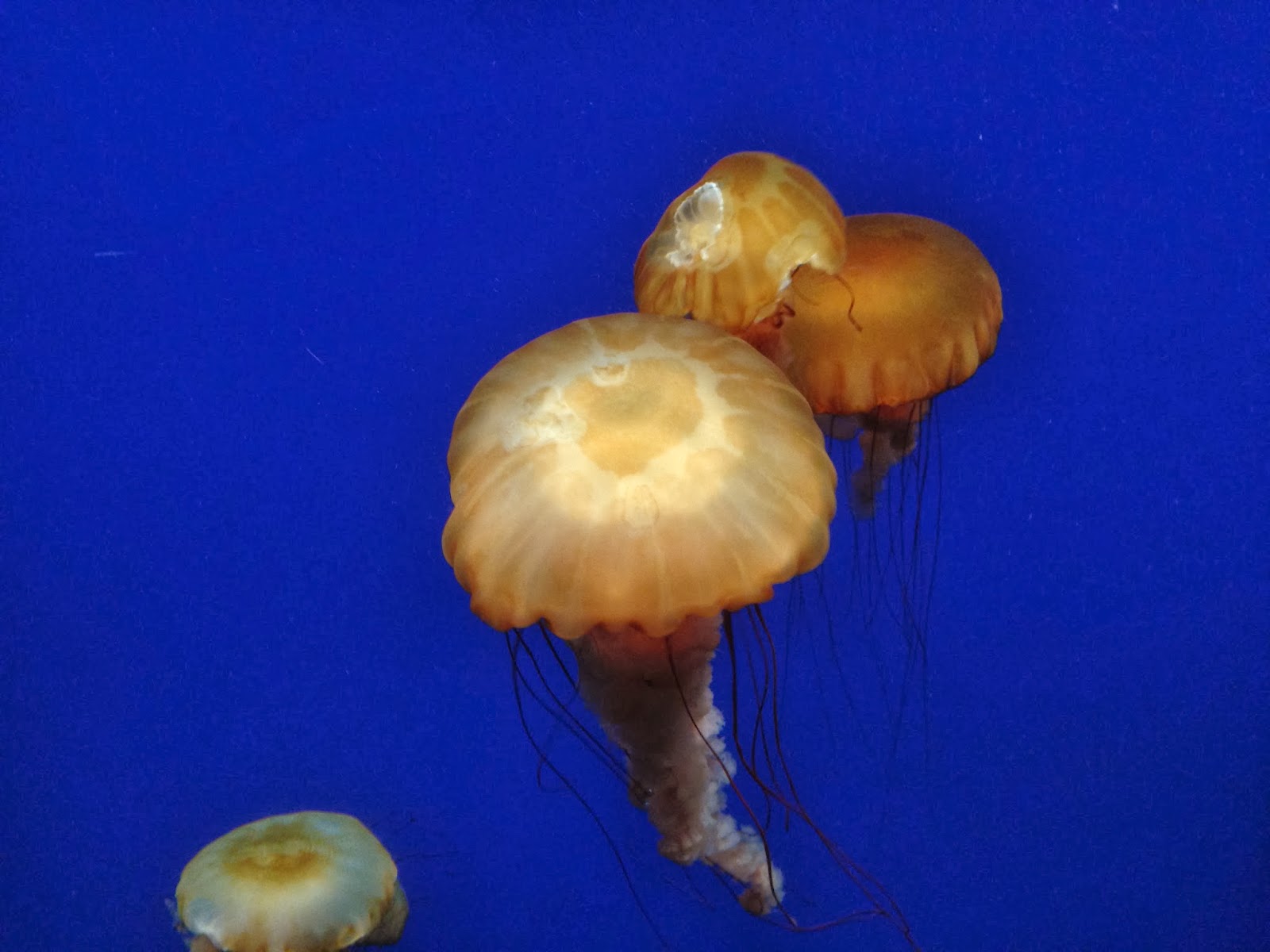 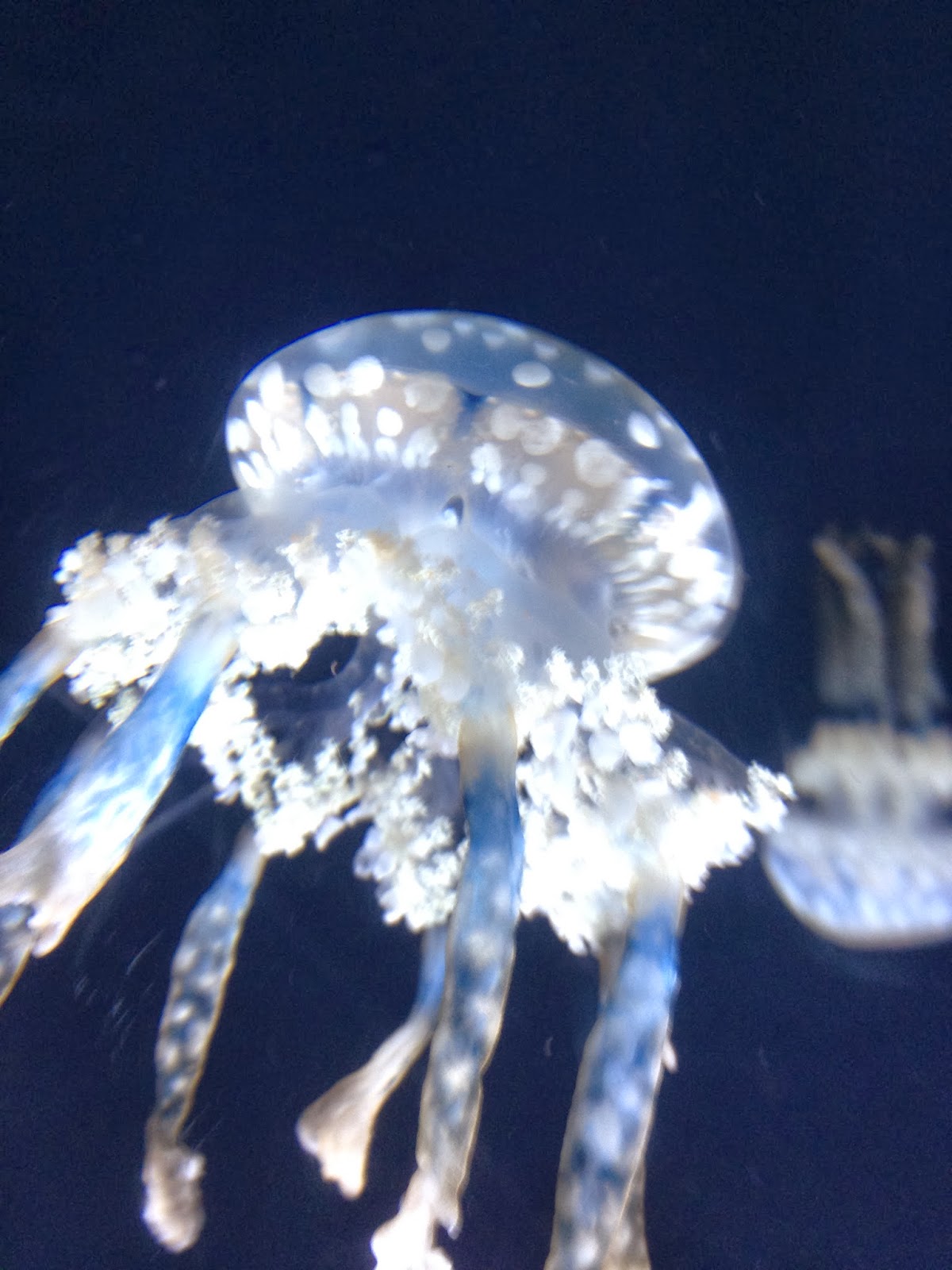 The other two main exhibits, "Georgia Explorer" and "River Scout," were a little less exciting for us as they were meant for kids. We took advantage of the opportunities to reach into tanks and touch sea urchins, starfish, and stingrays, but walked through the rest pretty quickly. I did accidentally miscalculate the level of the water when I was petting the stingray and stuck my whole arm, jacket, and sweater into the water. Luckily, my seatmate on our flight a little later didn't mind the seawater smell too much. He was just glad I wasn't an octopus. 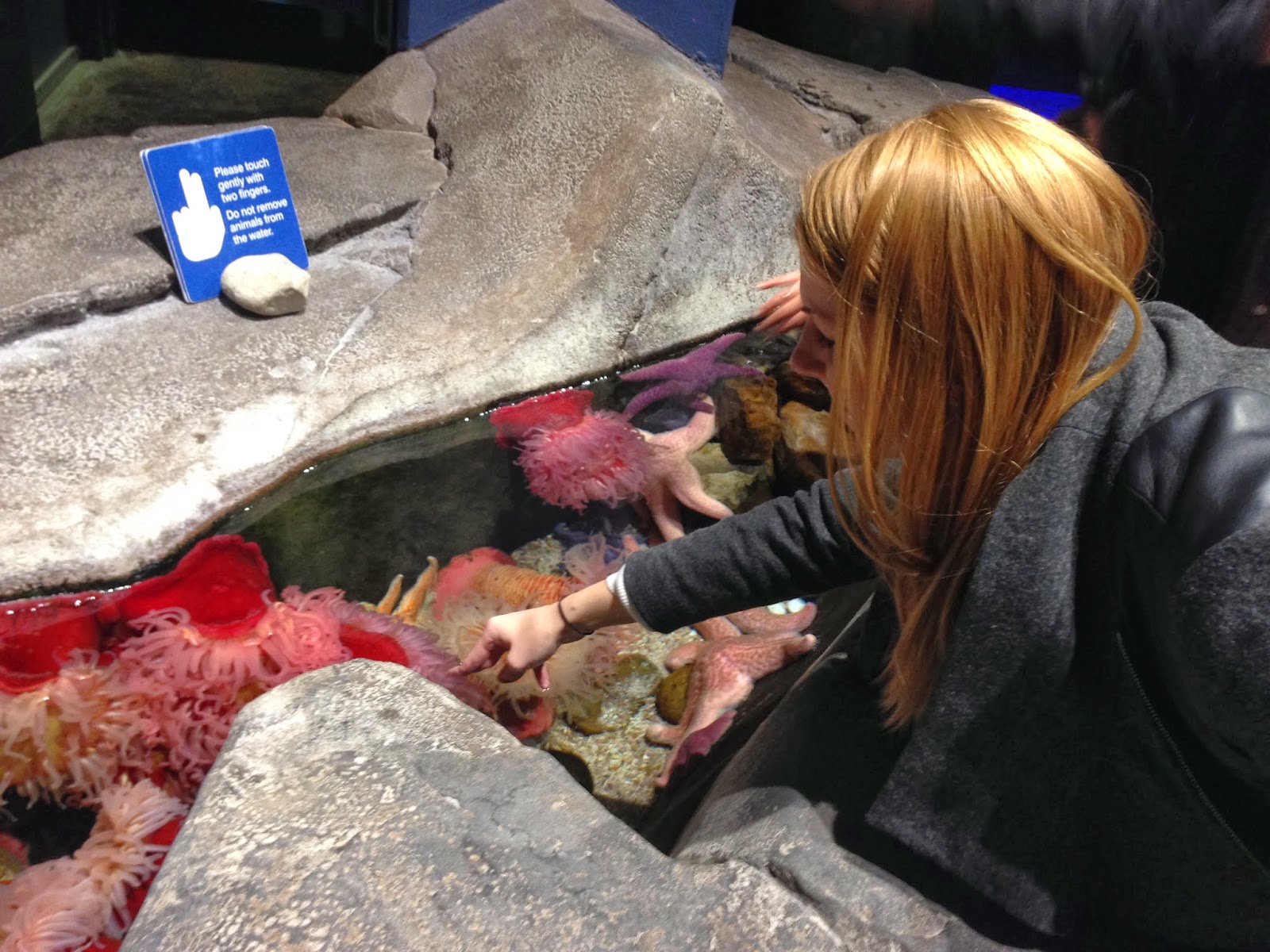 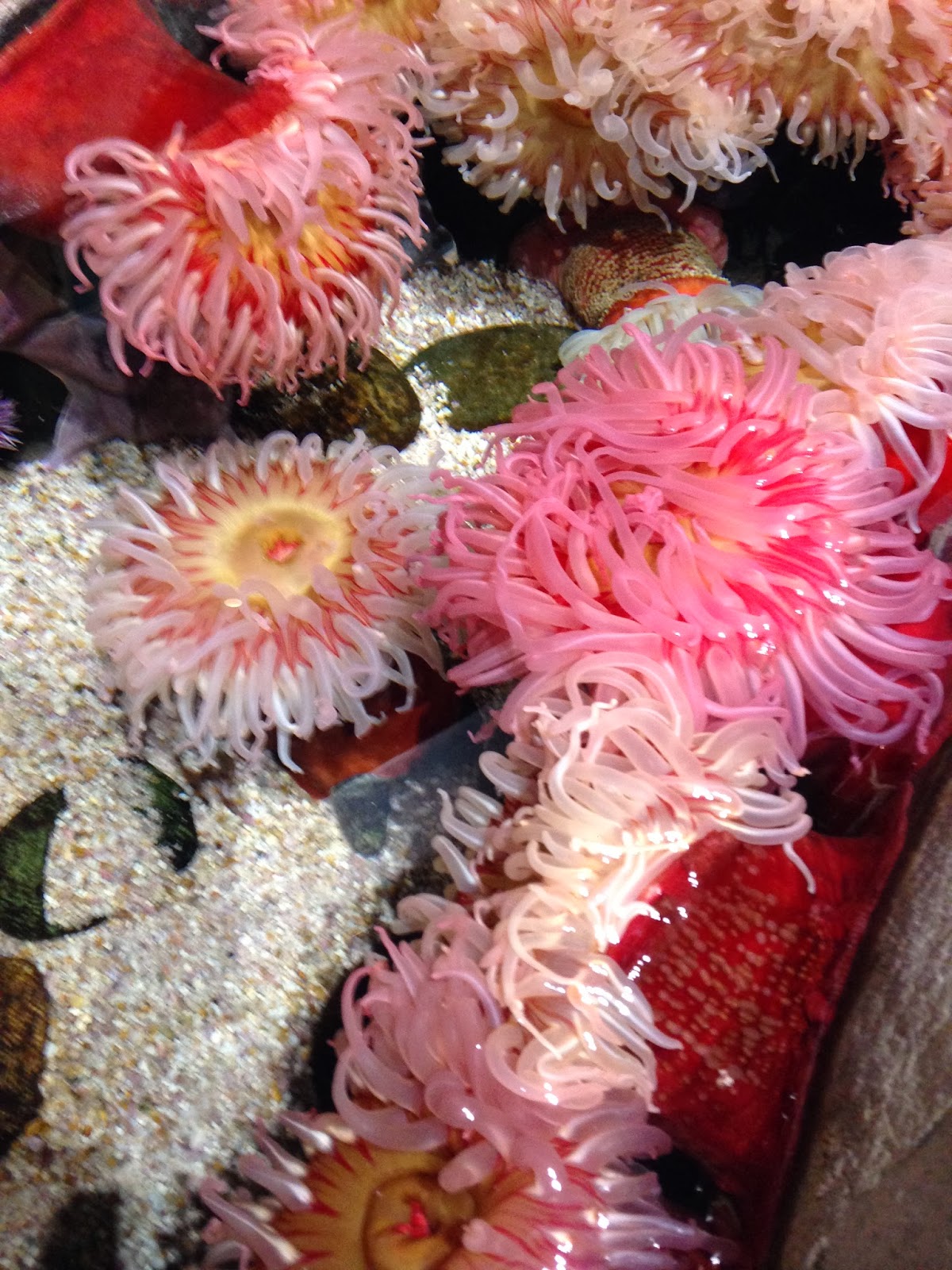 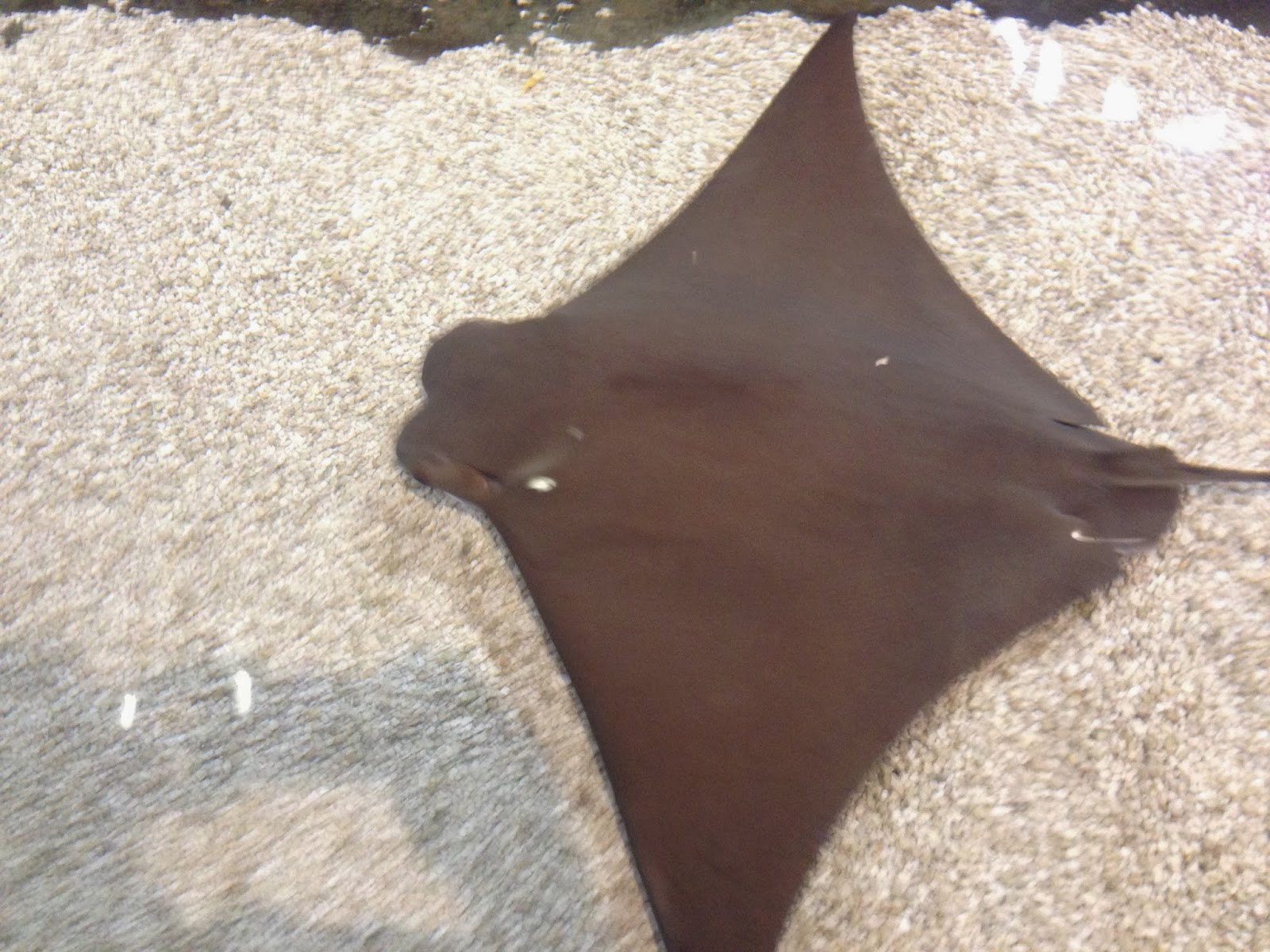