New Orleans - Before the Devil Knows You're Dead

When MK and I went to New Orleans last month, the only thing on the schedule aside from eating our faces off was a cemetery tour with Strange True Tours. Jeffrey, the owner of the tour company, was our guide for about an hour and a half of the St. Louis Cemetery No. 1, a Catholic above-ground cemetery near the St. Louis Cathedral, the oldest continuously operating Catholic parish in America. 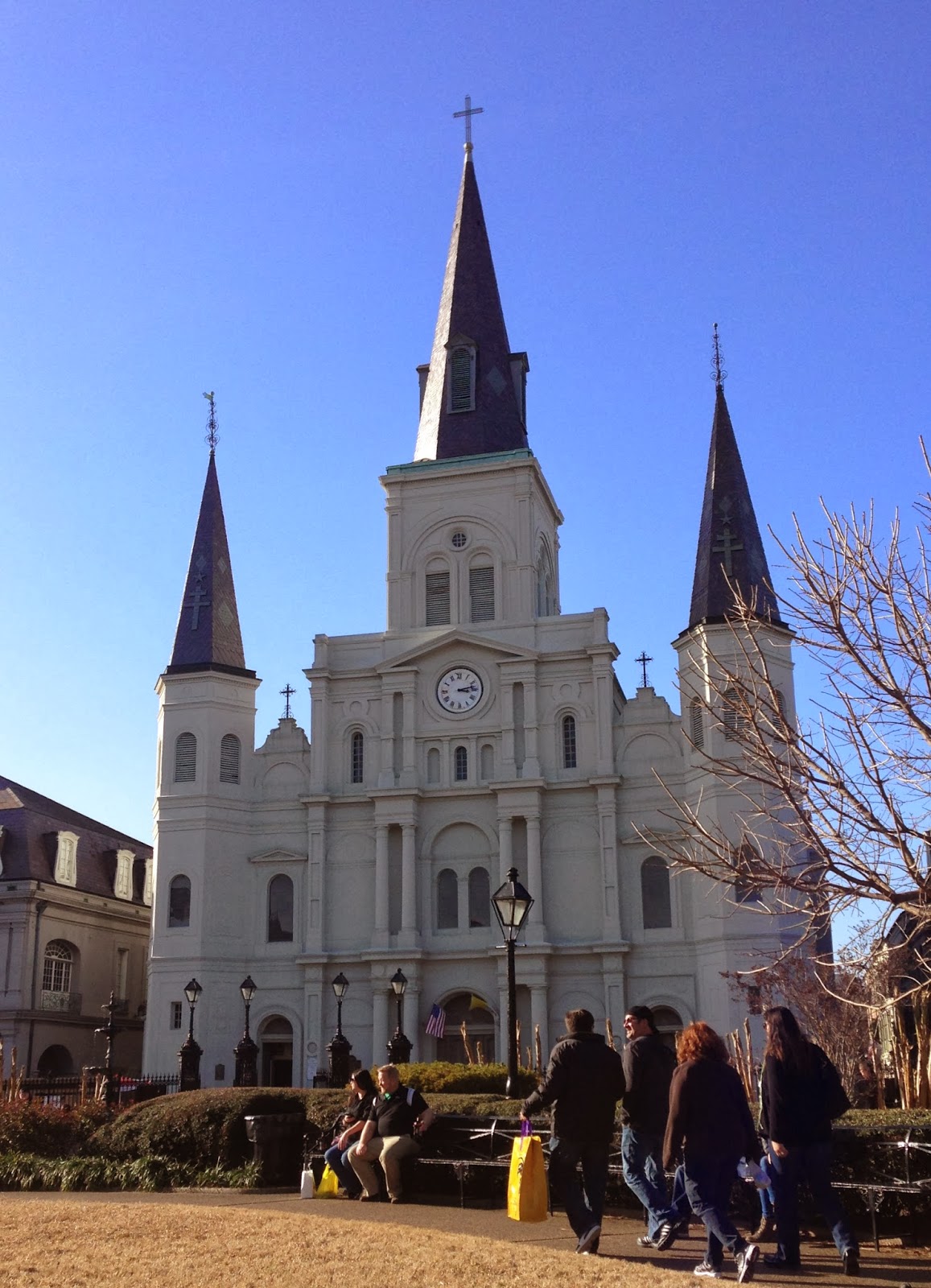 It's a common misconception that cemeteries were built above ground in New Orleans because of the flood lines, but the reality is that they are modeled after French and Spanish cemeteries. Most of the tombs in this cemetery are owned by families who are responsible for taking care of their tombs. Some families pay a fee to have the tombs taken care of by the church. After a body has been buried in a chamber for about a year, the heat causes the body's decomposition. Their ashes are then swept into a container and moved further into the tomb to make room for the next family member. 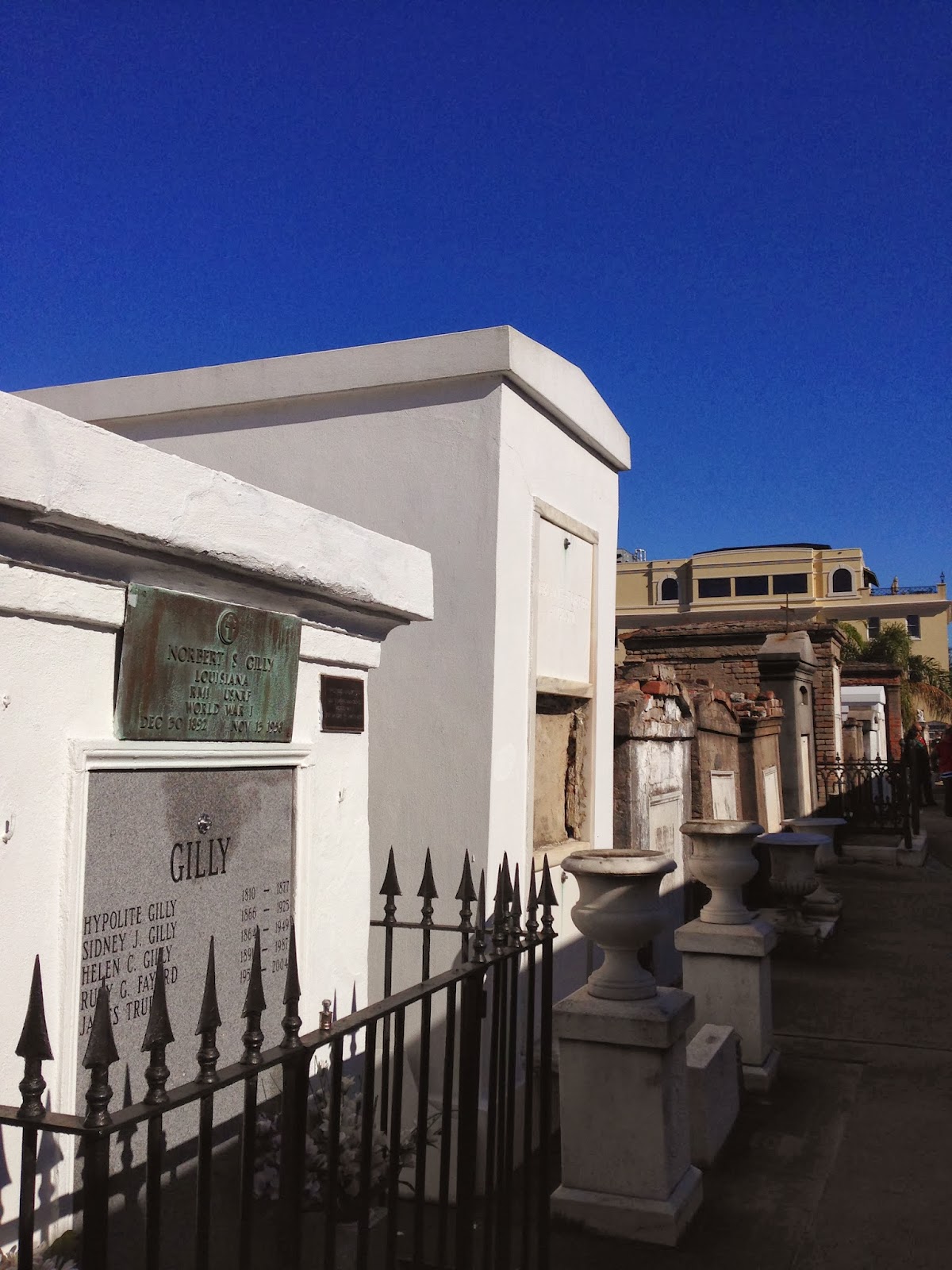 You all know how obsessed I am with my current family members, but I'm also obsessed with my past family members and our ancestry. I thought it was so amazing to read the names and dates of people on the tombs and to see how many generations the families went back. I was particularly struck by this engraving. 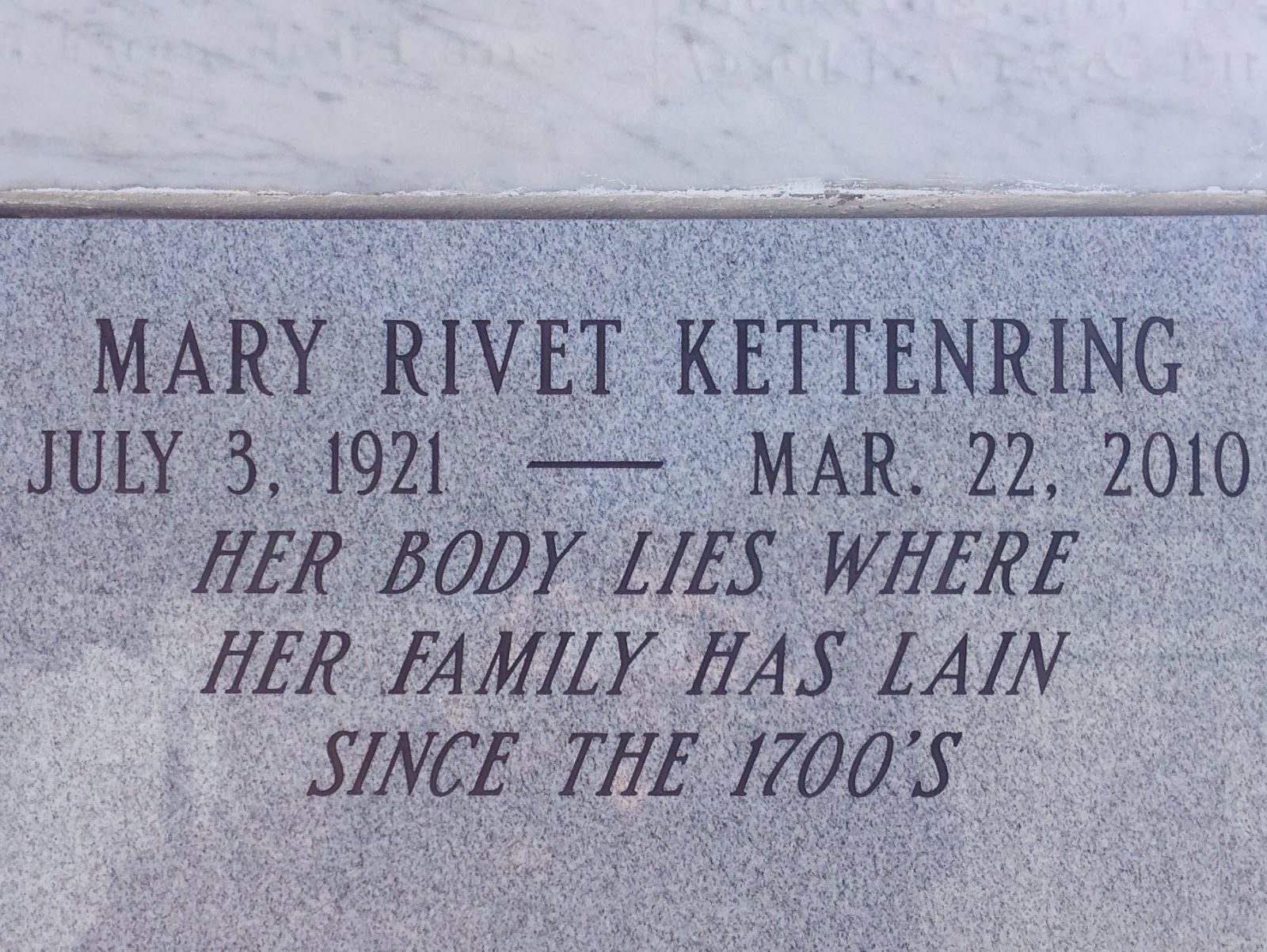 Jeffrey took us to different tombs and told us the stories of the families and people buried there. Homer Plessy of Plessy vs. Ferguson, the first mayors of New Orleans, and many musicians were laid to rest in this cemetery. I enjoyed the story of a man whose one wife is buried on the Catholic side and the other is buried on the Protestant side. Also good is the tale of a young man named Bernard de Marigny who inherited millions of dollars but died a poor man due to playing too many games of craps. Weirdo actor Nicolas Cage has actually purchased his own future resting place, a bizarre pyramid in the middle of the cemetery. 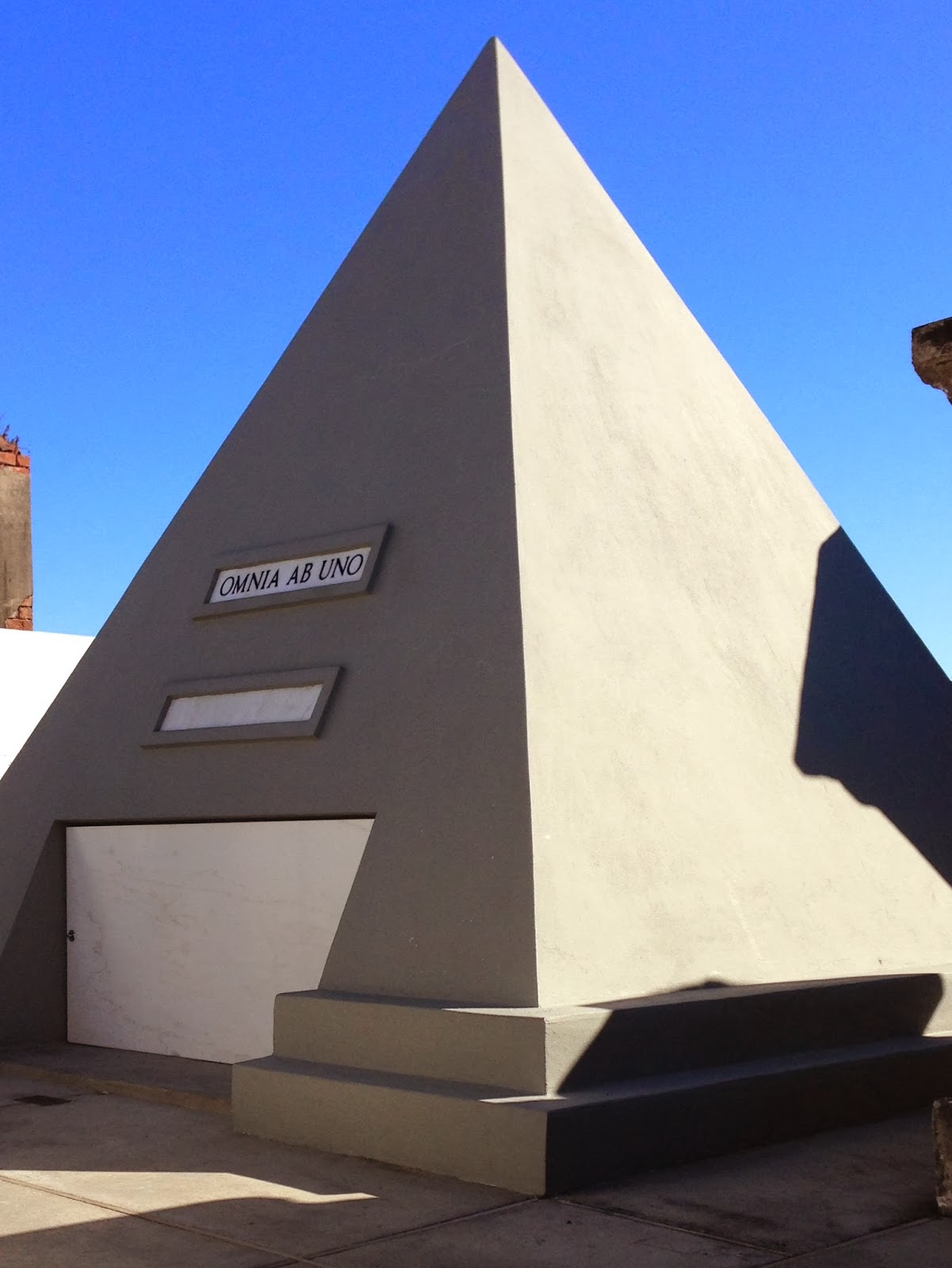 There are a few graves thought to be the 'hidden' resting place of Marie Laveau, the famous Voodoo practitioner (one is pictured below). Visitors draw three X's and make offerings to Ms. Laveau at each of them. At one of them, visitors place their right hand on the wall of the tomb and make a wish. If your wish is granted, you must come back to New Orleans to thank Marie. Of course I did this, because I love making wishes. And I have no problem returning to NOLA one day if my wish is granted. 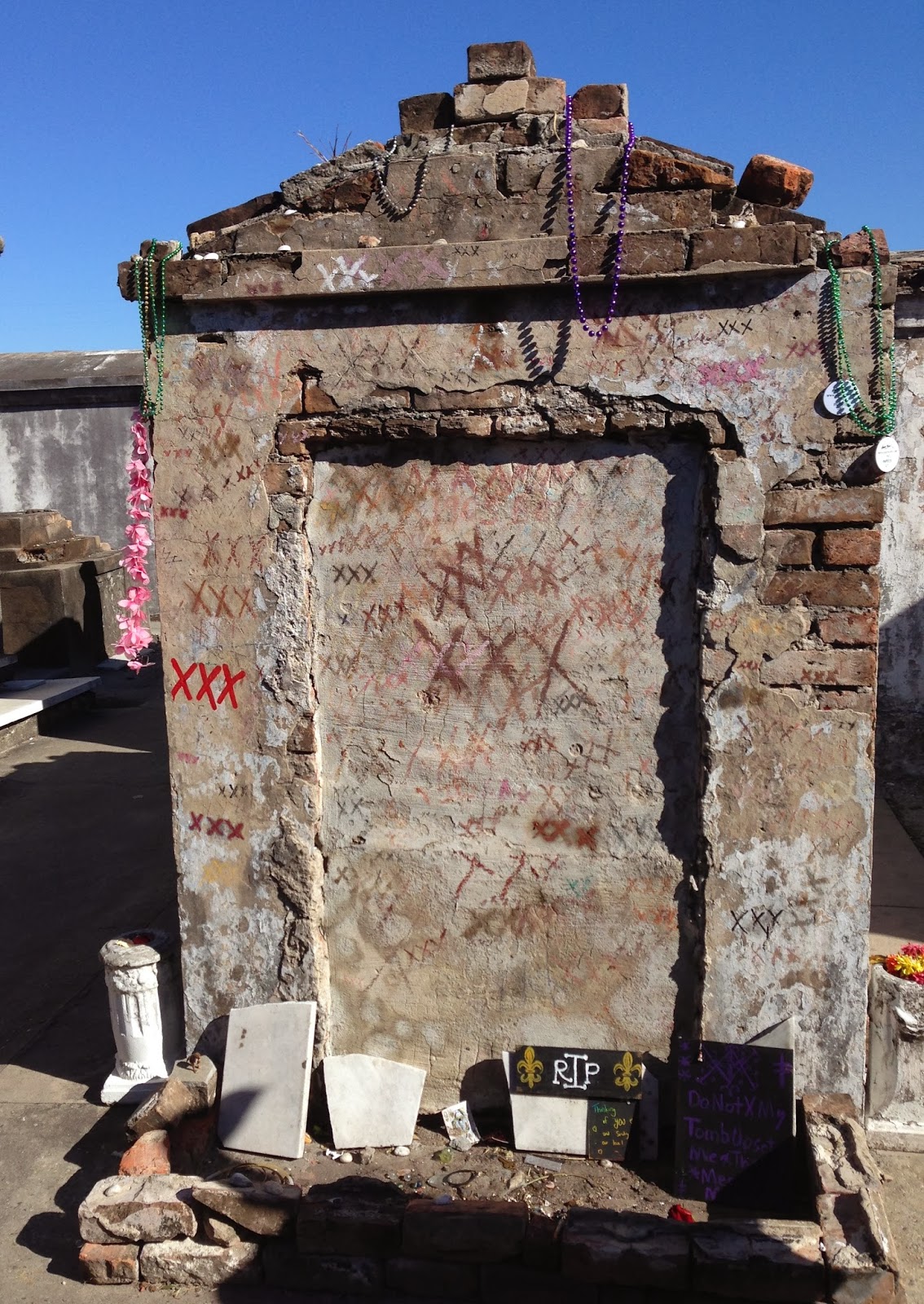 Jeffrey brought us to a huge tomb with around 200 chambers that were all meant for people of Italian descent. This was common back in the day to pay dues to an Italian or Irish society to ensure that you received a proper burial when you passed away. This particular tomb played a part in the film Easy Rider. The filmmakers got in trouble for filming without a permit and for being disrespectful to the tomb by having the actors sit on the statue's lap. The movie unfortunately inspired fans to do the same to pose for pictures and now the statue's hand is missing. 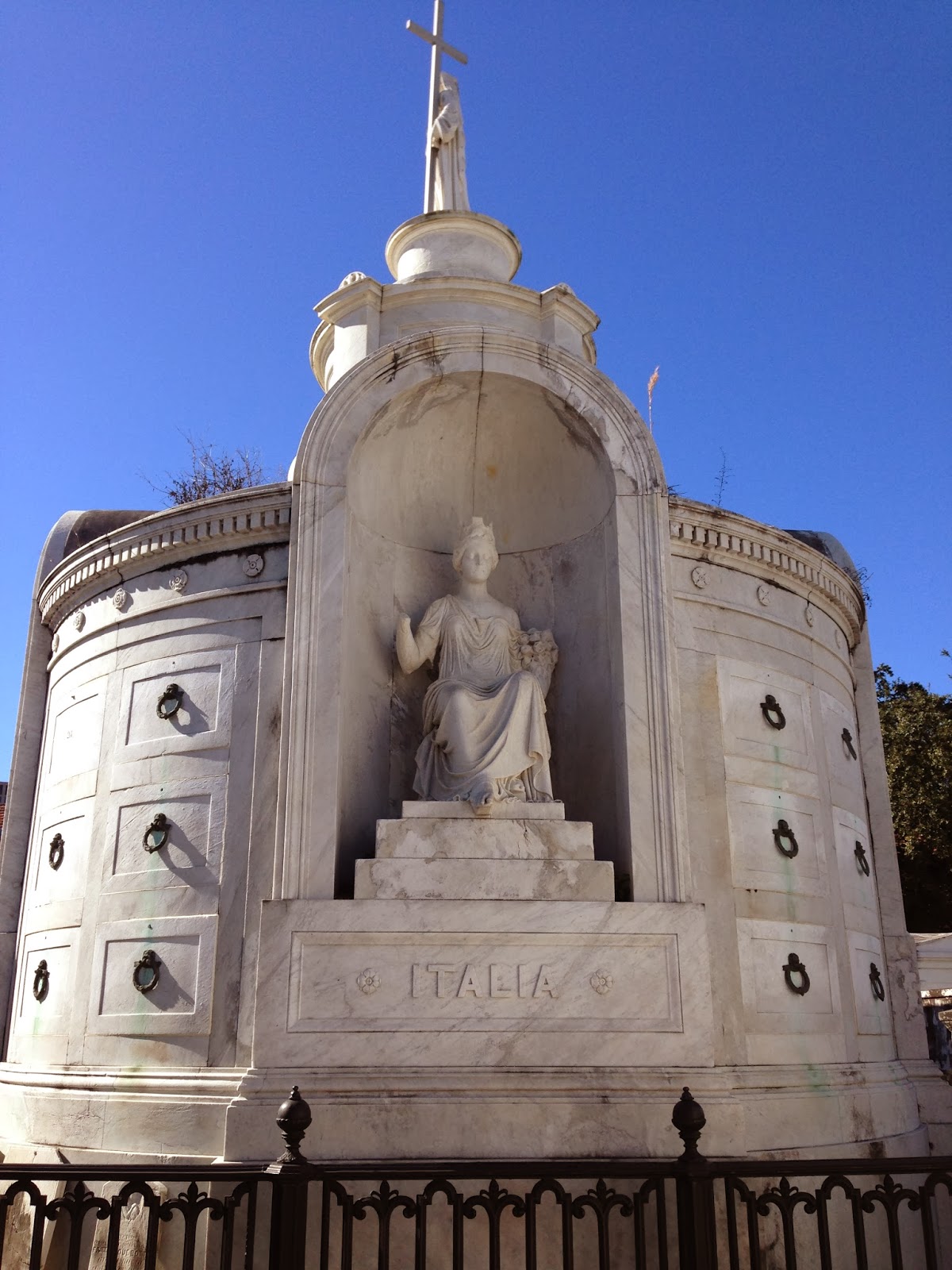 The cemeteries are open to people for free, but I definitely suggest taking a tour, specifically of course, one with Strange True Tours. It's one thing to walk in and read names of the people buried there, but it's an entirely different experience to actually learn their stories and the history of the cemetery. Jeffrey also offers a variety of other tours including "Women of New Orleans" and "Ghosts, Legends, and Lore."

If you're daring, you can even smooch Nicolas Cage's tomb. It's actually a thing people do. Don't worry, I was not one of those people.

Many thanks to Strange True Tours for the special rate. Opinions are always my own.