Each winter, the city of New York holds "Broadway Week," a misnomer as it actually lasts a few weeks - as does every week-long celebration here, see "Restaurant Week." This is not a complaint, as I'm glad that we have more than one week during which popular shows offer 2-for-1 tickets. It's unfortunately over for the season, but "Off-Broadway Week" is February 17 - March 2 if you're interested.

Back in the day, one of my "26 Things to Do Before I Turn 26" list items was to see 10 shows that year. At the time, I lived close to the Theater District and could easily take advantage of last-minute Stub-Hub or TKTS purchases. I think I only got to 9 that year if we're being honest with each other. But I realized early this year that I have somehow not seen anything on or off Broadway in over two years. Perhaps I've just filled my schedule with too many hipster shows: Upright Citizens Brigade, the Moth, and Mortified. It was time to return to Broadway. 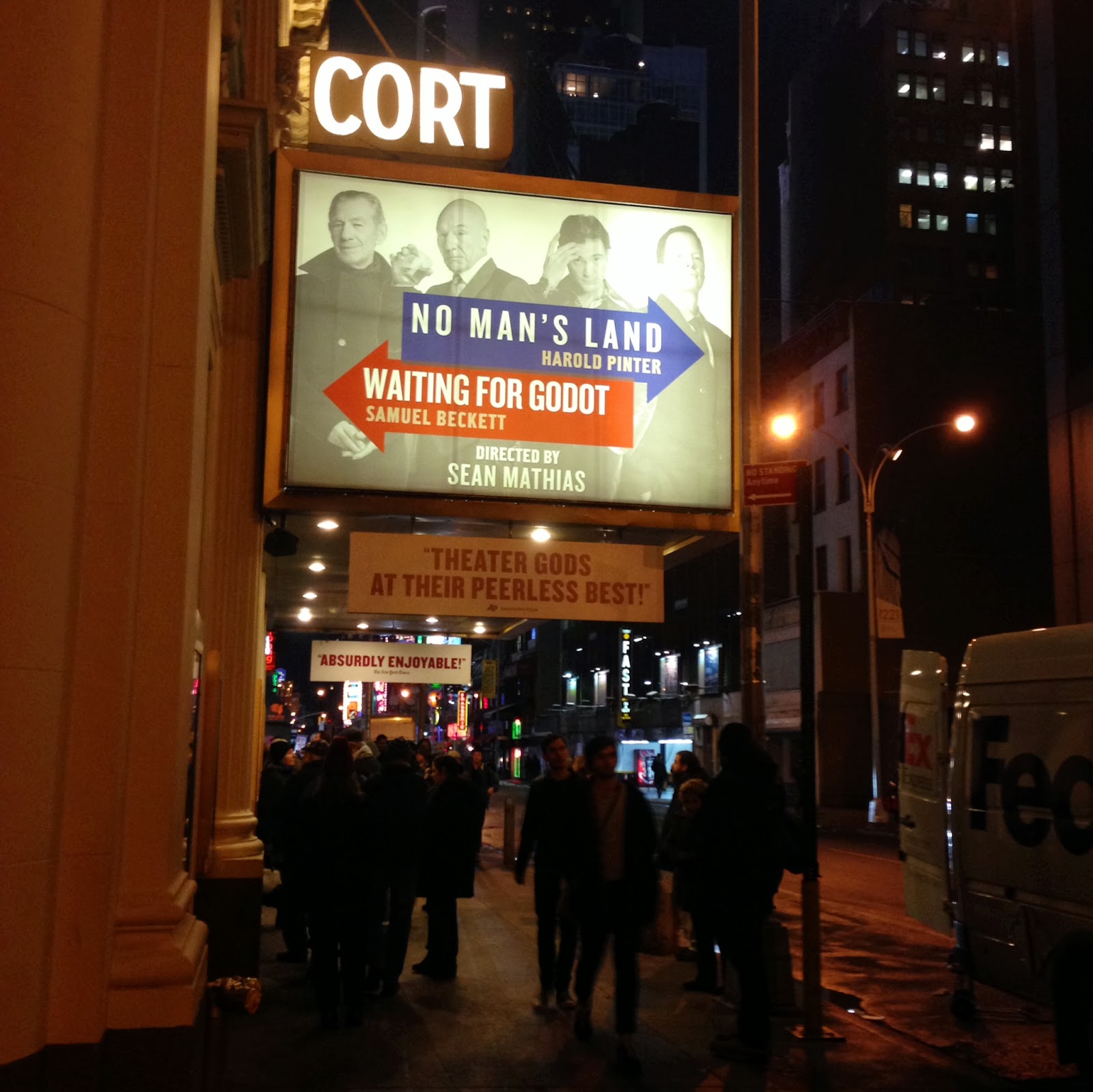 Kater and I got tickets to "Waiting for Godot" for last week. I only knew a couple things about the show before heading to Cort Theatre. (1) It stars Sir Ian McKellen - aka Gandalf - and Sir Patrick Stewart - aka Captain Jean-Luc Picard of the USS Enterprise. (2) The cast and crew puts on another show, "No Man's Land," at the same time. I wasn't sure how it all worked, if it was that both shows were on at once, perfectly timed so when a character left a scene in one show, he entered a scene in the other show (can you imagine the coordination that would require?) or if the shows went on right after each other (this would make more sense). I know now that the answer is that they alternate nights, but I didn't realize what was happening until the second act in "Waiting for Godot" when I realized that the first act was not the whole play. 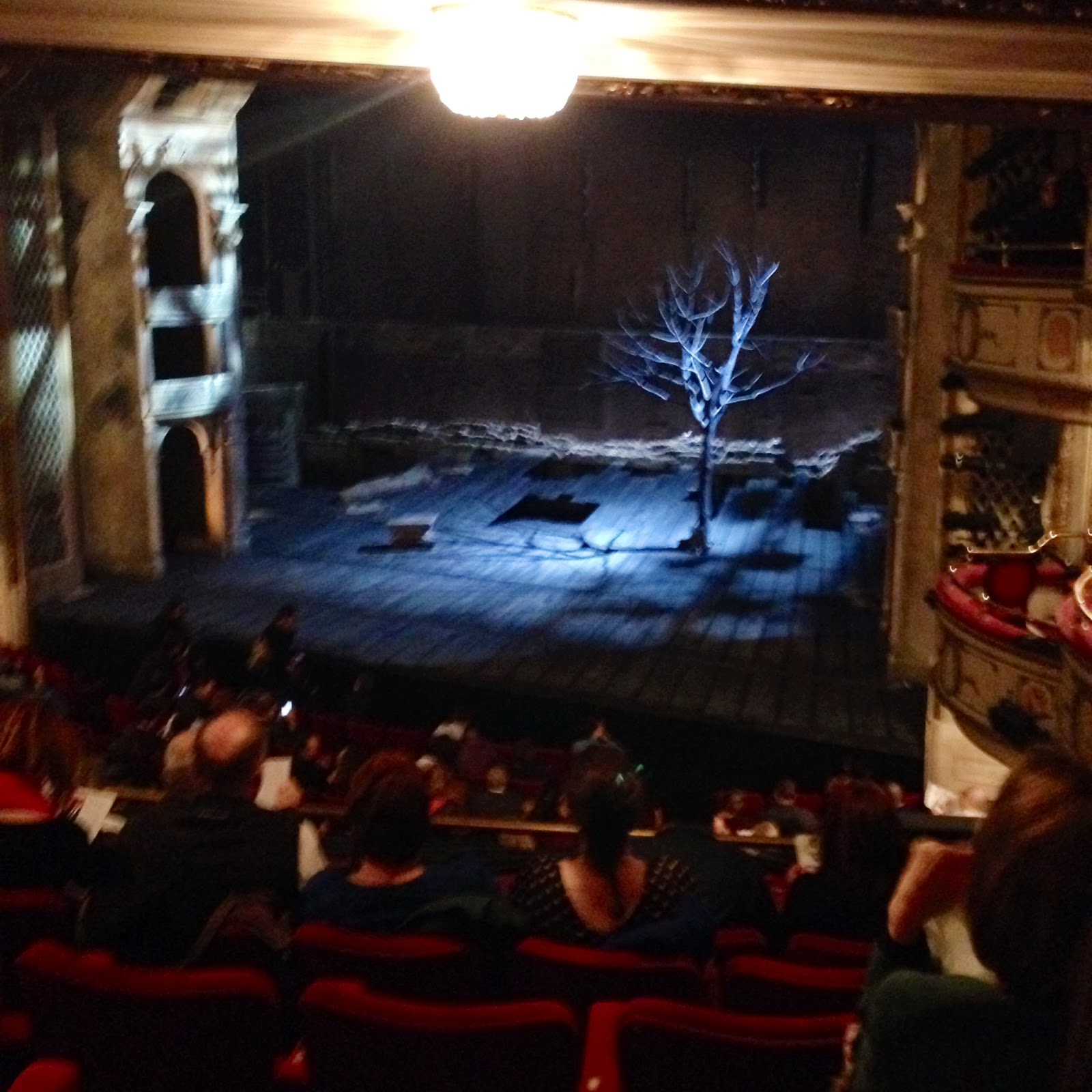 You only have until March 30th to catch these two amazing actors (who are also besties) on stage together. There are two other actors (Billy Crudup and Shuler Hensley) as well as a young boy for a minute or two, but all in all, it is a very simple show. The plot is that Gandalf and Picard are, indeed, just waiting for someone named Godot to arrive. It's funny -you may wonder if the slapstick and banter are ad-libbed because you could imagine McKellen and Stewart in real life talking the same way. It's also thought-provoking and there is a lot of analysis out there as to what playwright Samuel Beckett meant by everything - were the gentlemen waiting in pergatory? Waiting for God, instead of Godot? Are the other two actors meant to represent the main characters somehow? Is anything imagined? Go see it for yourself and we'll have a sit-down about it all, preferably over some carrots and not turnips. You'll get that joke once you see the play. I hope.