New Orleans - What I Miss Most

By now you may be tired of me still writing about my trip to New Orleans earlier this year, but I really felt one with the city. I've already written about all the amazing sandwiches we ate, the incredible bars we spent time in, and the fantastic cemetery tour we went on. And I enjoyed even more of the city than what I've written about - the beignets, the blue skies, the bands in the streets, and having MK all to myself. But what I've missed the absolute most is chargrilled (also called charbroiled) oysters. Two months later, I cannot stop thinking about them. Everyone knows about raw oysters, which I do like with cocktail sauce and I'd had fried oysters at Pig & Khao recently, which were not very flavorful. But a chargrilled oyster is just about the best thing you will ever eat. In fact, while MK and I tried hard to eat as many different foods as possible, we actually ordered chargrilled oysters three times. These oysters were cooked in flames on the grill, served in the shell, and smothered in mixes of butter, bread crumbs, parmesan cheese, garlic, and other spices. 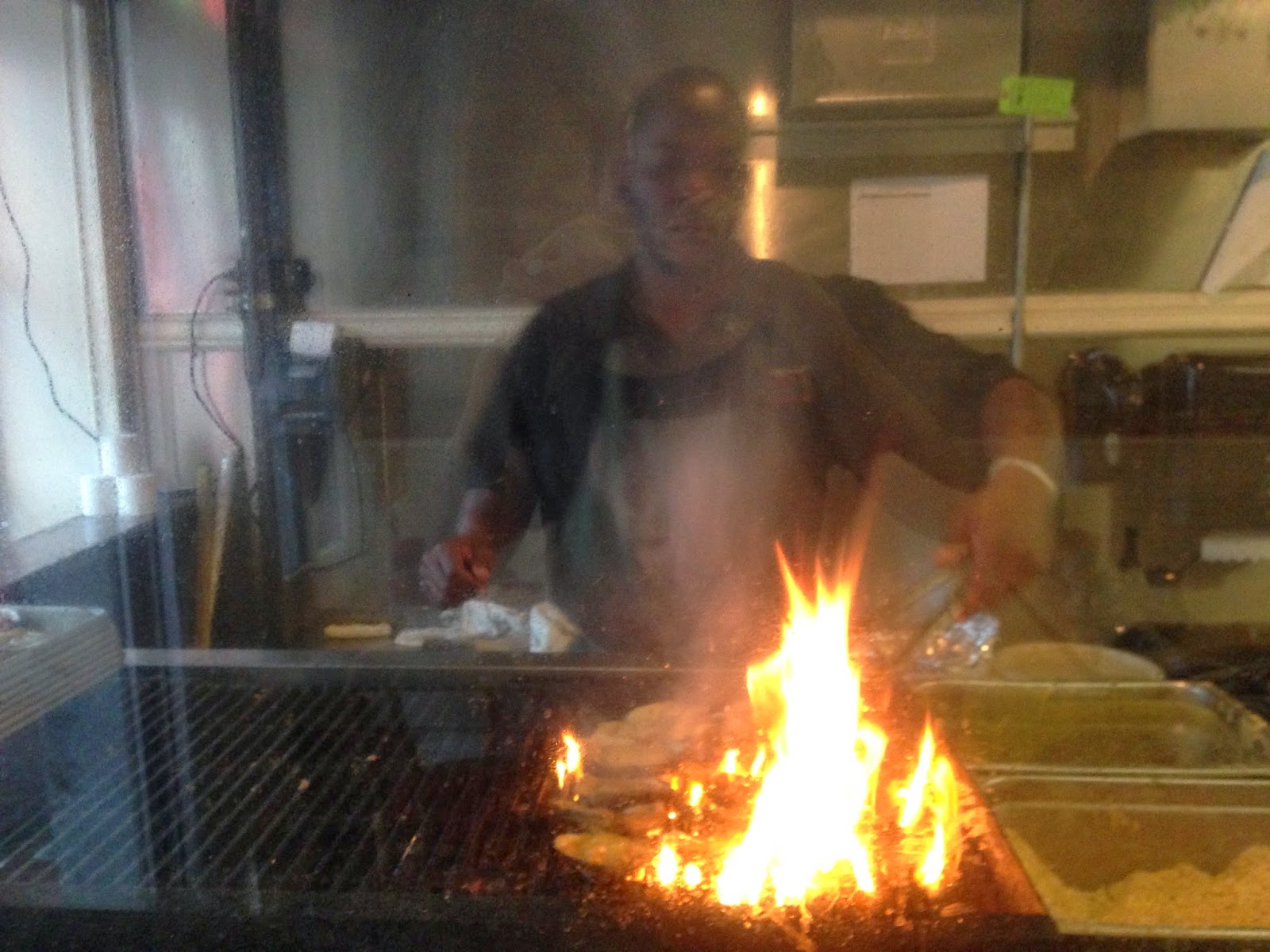 At this point, I can't even remember which oysters were our favorite because each of them was so incredibly delicious. We loved these oysters and our lives in those moments at Deanie's, Acme Oyster House (NOLA's oldest oyster house), and Felix's. I'm left with three options on how to get my taste buds on these treats without flying to NOLA again - it would be dangerous for me to go back to the Big Easy, because it's very likely I would not return to the Big Apple. 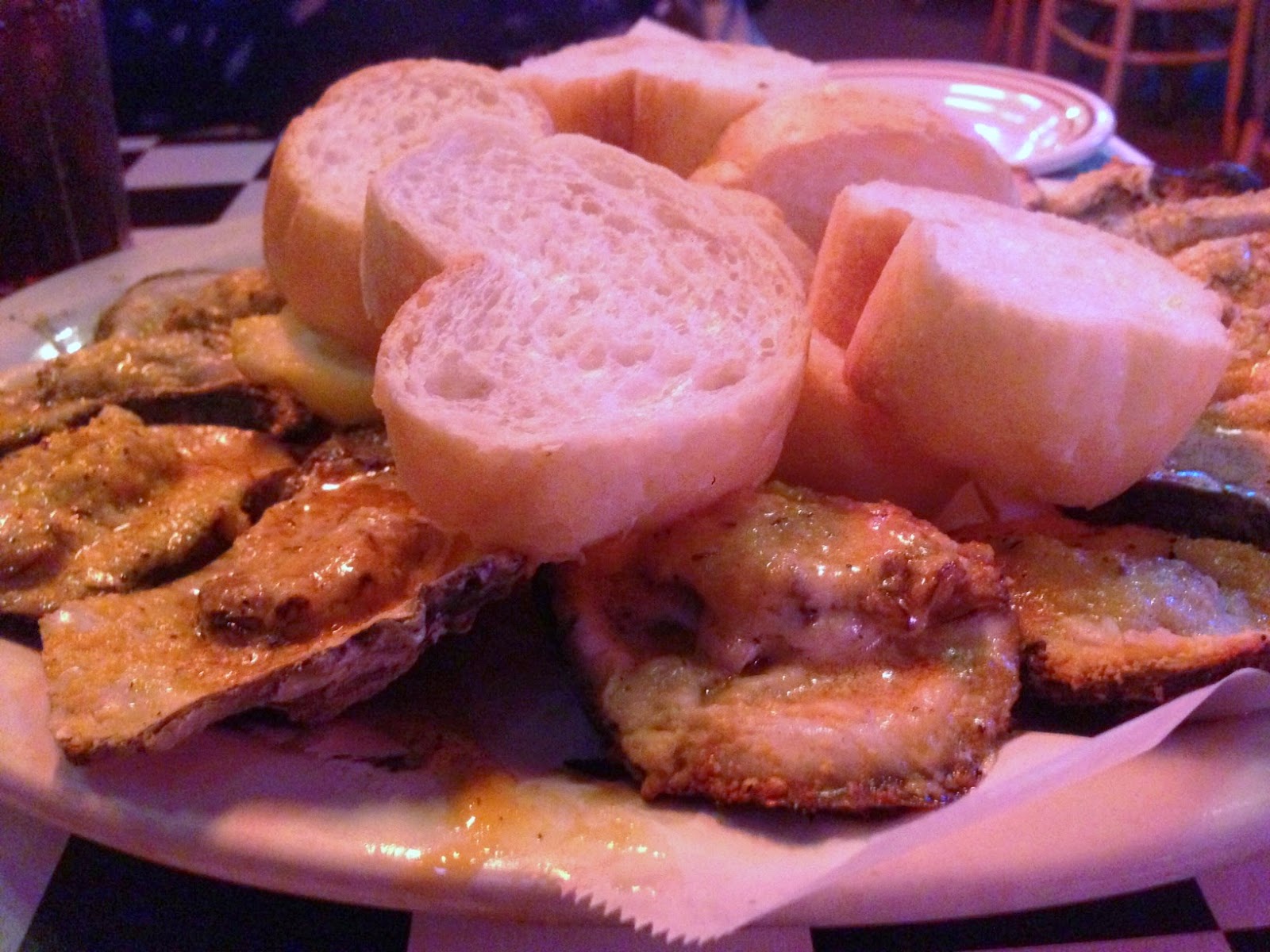 (1) I've searched for chargrilled and charbroiled oysters in NYC a few times but I keep finding restaurants that have "charbroiled chicken" and "raw oysters" instead of the menu item I most desire. But have no fear, I've finally discovered one place in all the boroughs which may satisfy my craving: Sugar Freak in Astoria. I've yet to convince MK to take me there, but I do not plan on giving up anytime soon.

(2) I've found some recipes online to recreate this meal in my own home, but my reputation in the kitchen means that I would try with all my heart, mess up somehow, and get mad at myself. I don't exactly have a grill either, so I'd have to adapt  the instructions which could be a literal recipe for disaster. Although, MK and I did make a valiant effort recreating the New Orleans famous Muffeletta sandwich, so maybe there is hope in this option.

(3) There is a Charbroiled Oyster kit available for sale on the Drago's website, a place we didn't make it to on our trip. This would at least avoid some possible missteps, but if this also requires a grill, it may not work in my apartment. The kit is $70 which is a definite downside *but* it comes with Mardi Gras beads for "a touch of New Orleans' flare" which is a definite upside. Here's the link in case you want to surprise me, wink, wink, nudge, nudge. Bonus points if you do the cooking.