Ainsworth Park: Because You're Ainsworth It

A few nights ago, Kater and I went to check out the new menu at Ainsworth Park, on 18th and Park. This space is huge and super trendy, perfect for the post-work crowd. There appears to be a room to the side that can be rented out, which Kater and I guessed was holding a singles mixer of sorts the night of our visit.

I loved the cocktail menu because each drink was named after something related to the neighborhood. I ordered the unique and delicious "Crooked Knife" - jalapeño-infused Don Julio tequila, lemon juice, and agave, which also came with a dried pepper as a decoration. According to the menu, "the etymology of Gramercy is from a Dutch word 'Krom Moerasje,' meaning 'Crooked Knife.'" Other drink options were named after Dorian Gray, Washington Irving, and even after the Brownstone, the name of the beautiful brick one-family buildings all around Gramercy that make me wish I had $30 million. 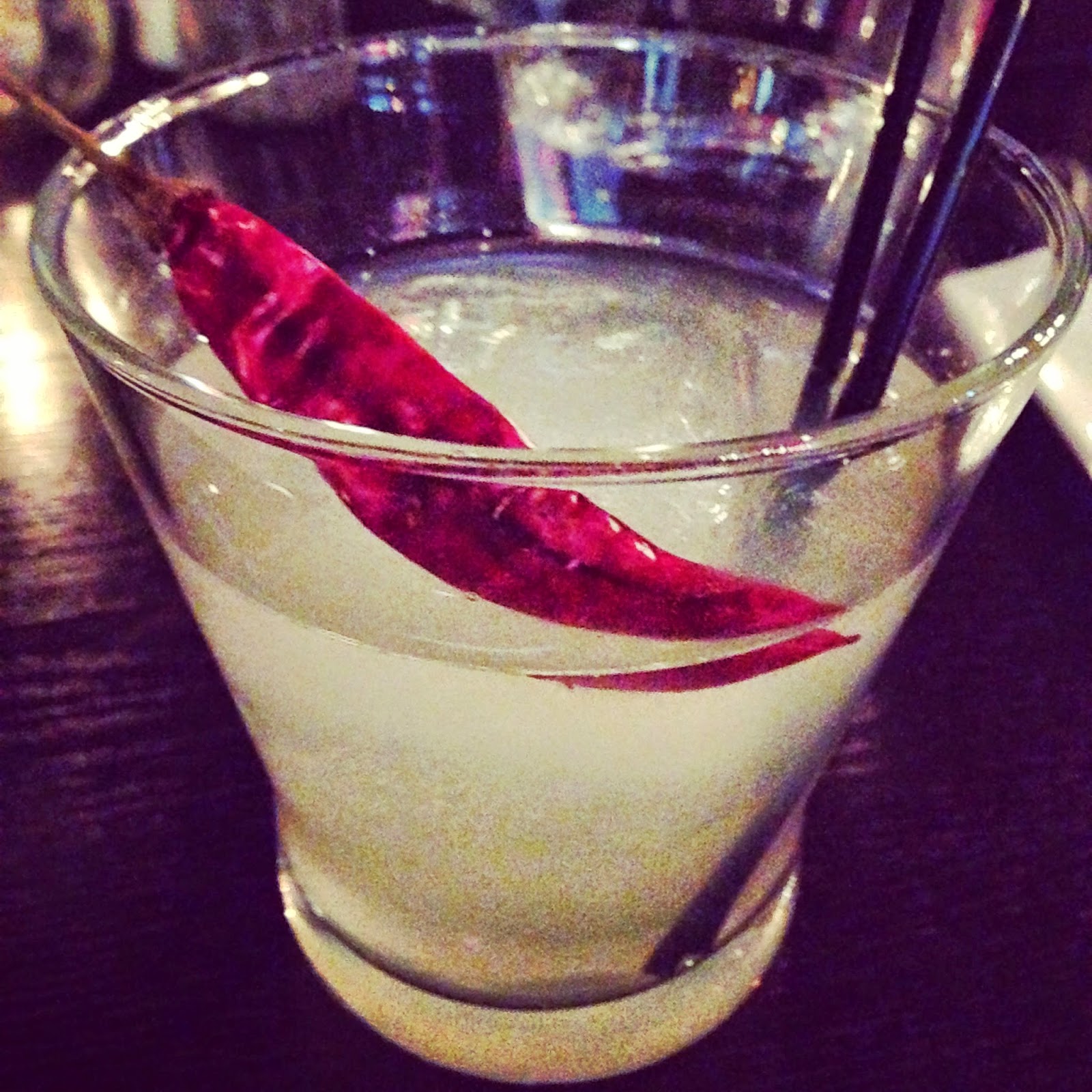 For appetizers, Kater and I selected the Spinach and Artichoke Dip (warm spinach dip served with crispy tortilla chips) and the Tuna Tartare (yellowfin #1 tuna, house-made ponzu, guacamole, cucumbers). I've had many a Spinach and Artichoke Dip in my day, but this one felt healthier than others but at the same time was still addicting. The Tuna Tartare was something I don't think I've had before. Kater said I would enjoy it if I like spicy tuna rolls and she was right. It was my favorite menu item we tried that night.

When I first looked at the menu, my eyes widened at the Mac & Cheese Burger because, HELLO, a burger with mac & cheese on it?! But when we sat down, we decided a menu item like that may best be served as sliders and not an entire burger, as you may just want a bite or two. So we instead ordered a Classic Works Burger (bacon, cheddar, lettuce, tomato, onion, ketchup, mayo, mustard) and definitely wanted to eat more than a bite or two of that. We also upgraded from regular fries to Truffled Fries because we are smart ladies. 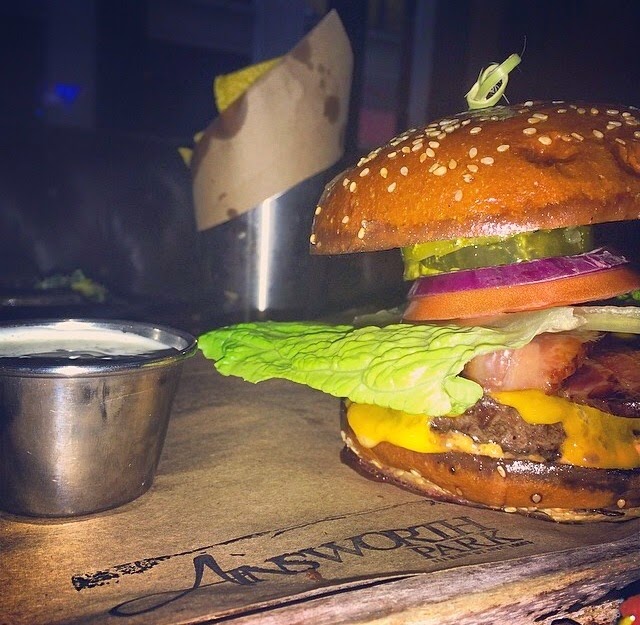 Check out Ainsworth Park for your next post-work get together. If you're lucky, there may be an Allagash Brewing event in the corner giving out samples of one of your favorite beers after dinner. Or, if you're *really* lucky, you may run into someone who you once met and played games with at McSorley's and be able to rekindle your one-night friendship. But even without those last two things happening, Ainsworth Park is Ainsworth a trip.

Many thanks to Ainsworth Park for the cocktails. Opinions are always my own.