For one of my birthdays in the '90s, my aunt and uncle gifted me a dolphin - as part of an "adopt a dolphin" program. Even though I didn't get to keep the dolphin in our backyard, I thought this was just about the coolest thing ever - even better than Emily's gift from them of a signed photo of the entire cast of "Home Improvement." The desire to be "one with the dolphins" runs in my family - my dad races out to the ocean with his kayak whenever we see them from the shore and comes back with stories as if they were best buds. I was super excited that on our morning boat tour in Kauai, Hawaii with Na Pali Experience, it was almost guaranteed that we'd see dolphins. 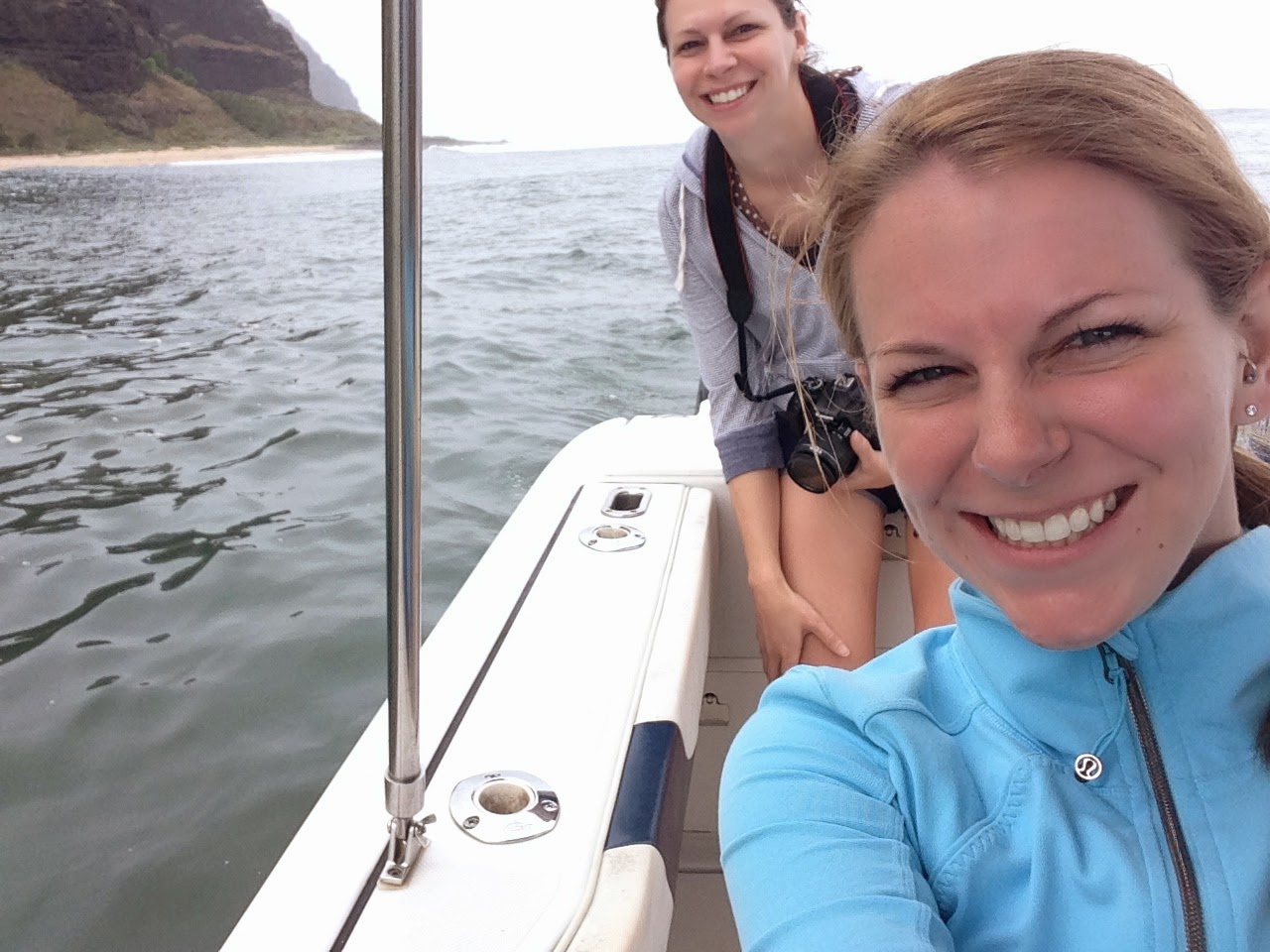 Two tours go out each morning during the season, from May 1 to September 30. Katie and I were on board with Captain Nate and four other passengers. There were another six on the other boat. The boats typically travel together to look for dolphin pods, into sea caves, and to snorkel.

Captain Nate gave us our first breathtaking view of the Na Pali coast, the 15-mile stretch of cliffs on Kauai that you can only reach by boat, foot, or air - the terrain would be far too rough for an actual road. Katie and I had plans to see the coast all three ways - by air the following day in a helicopter and on a short (but grueling) hike the third day. And if you think that's overkill, you've clearly never seen how amazing these cliffs are, the majority of them way higher than the Empire State Building. 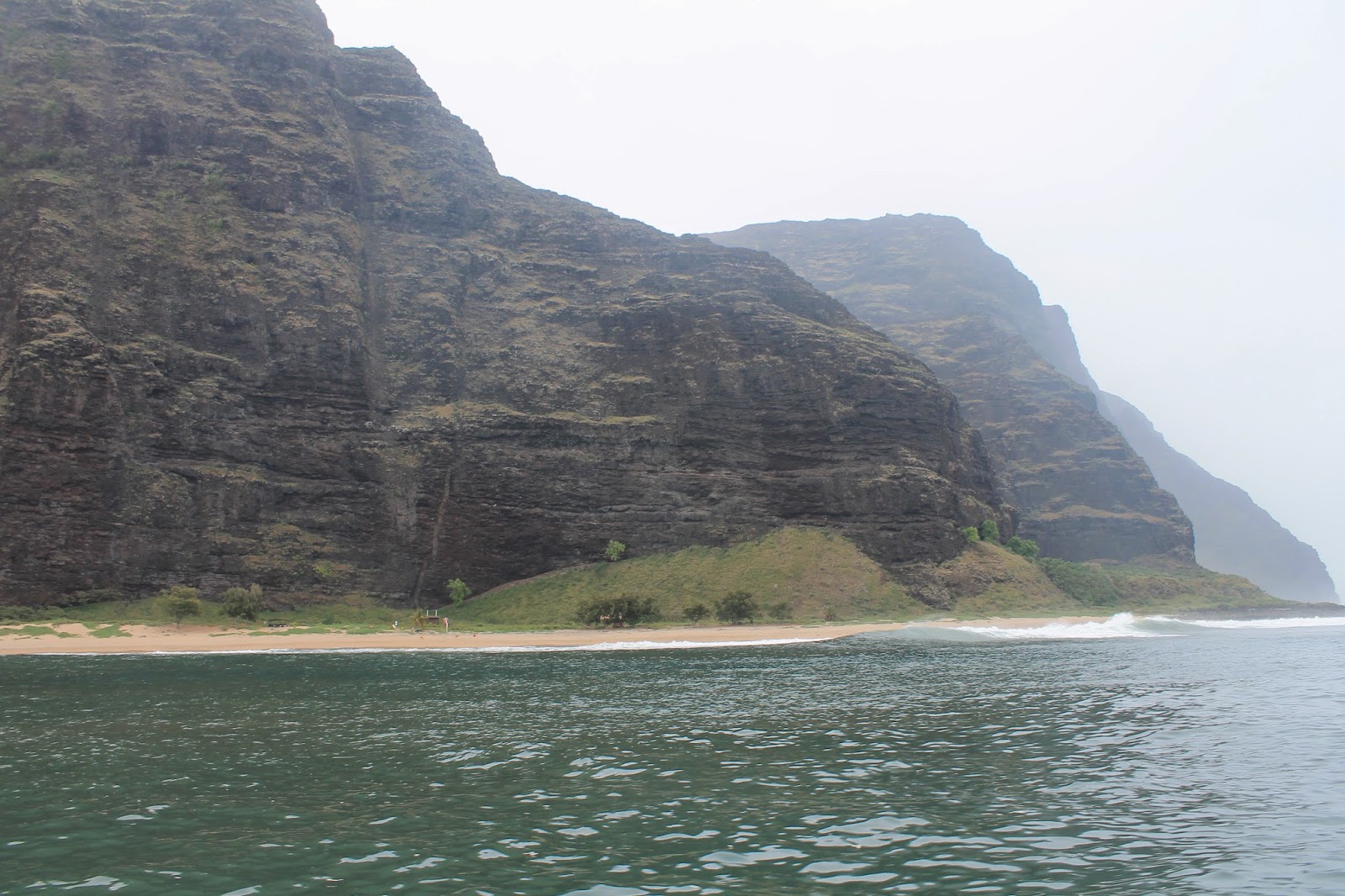 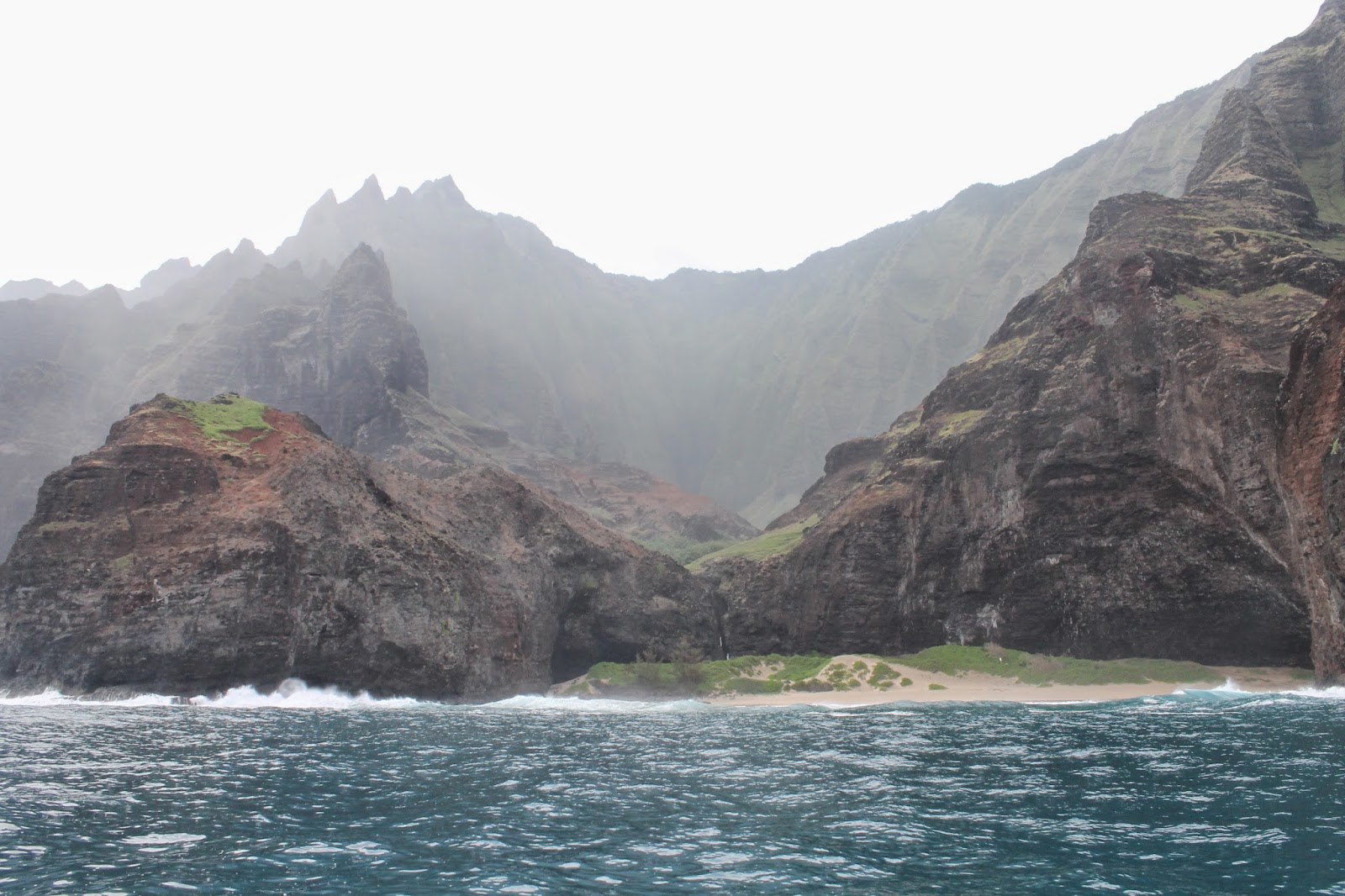 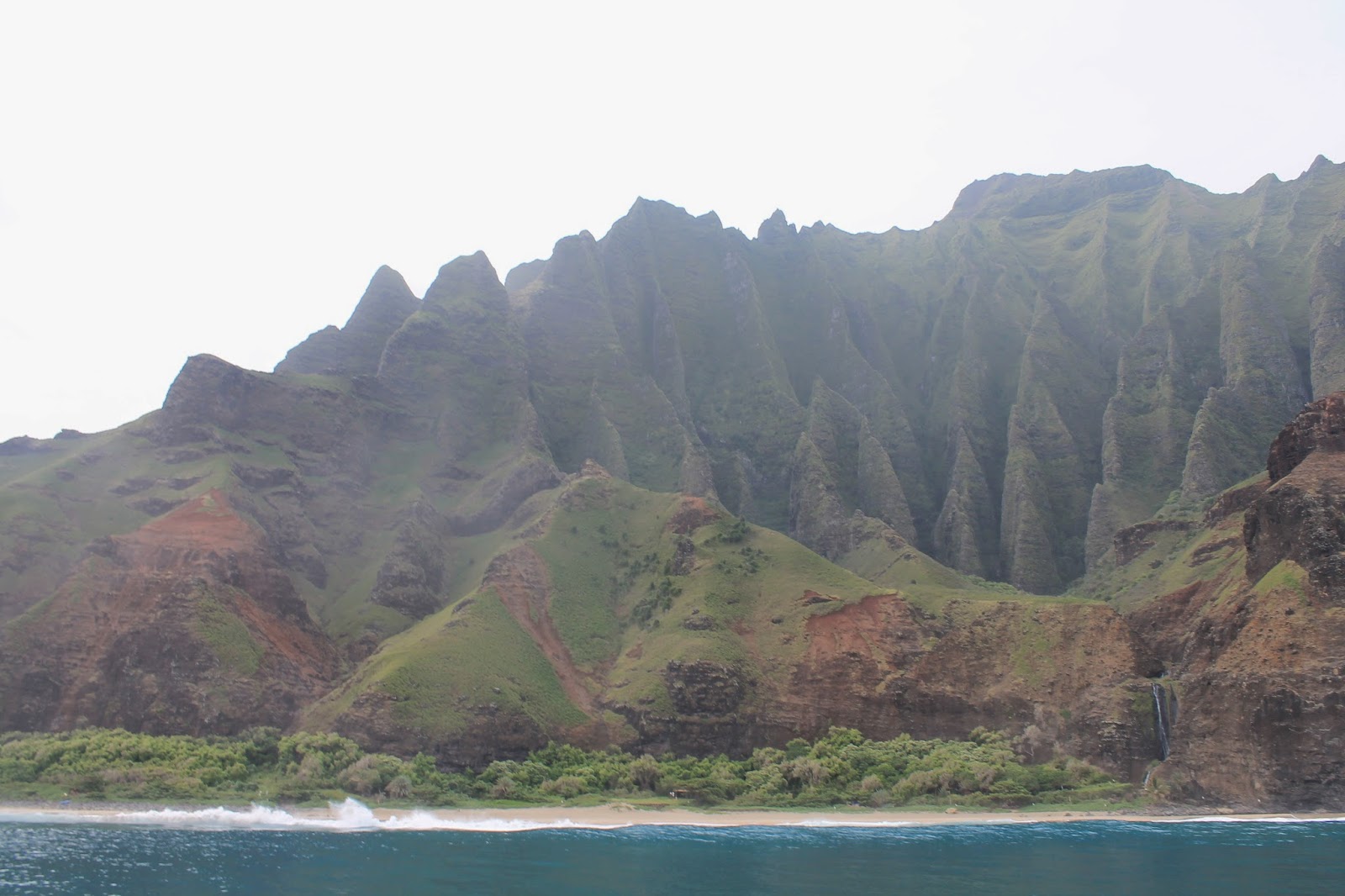 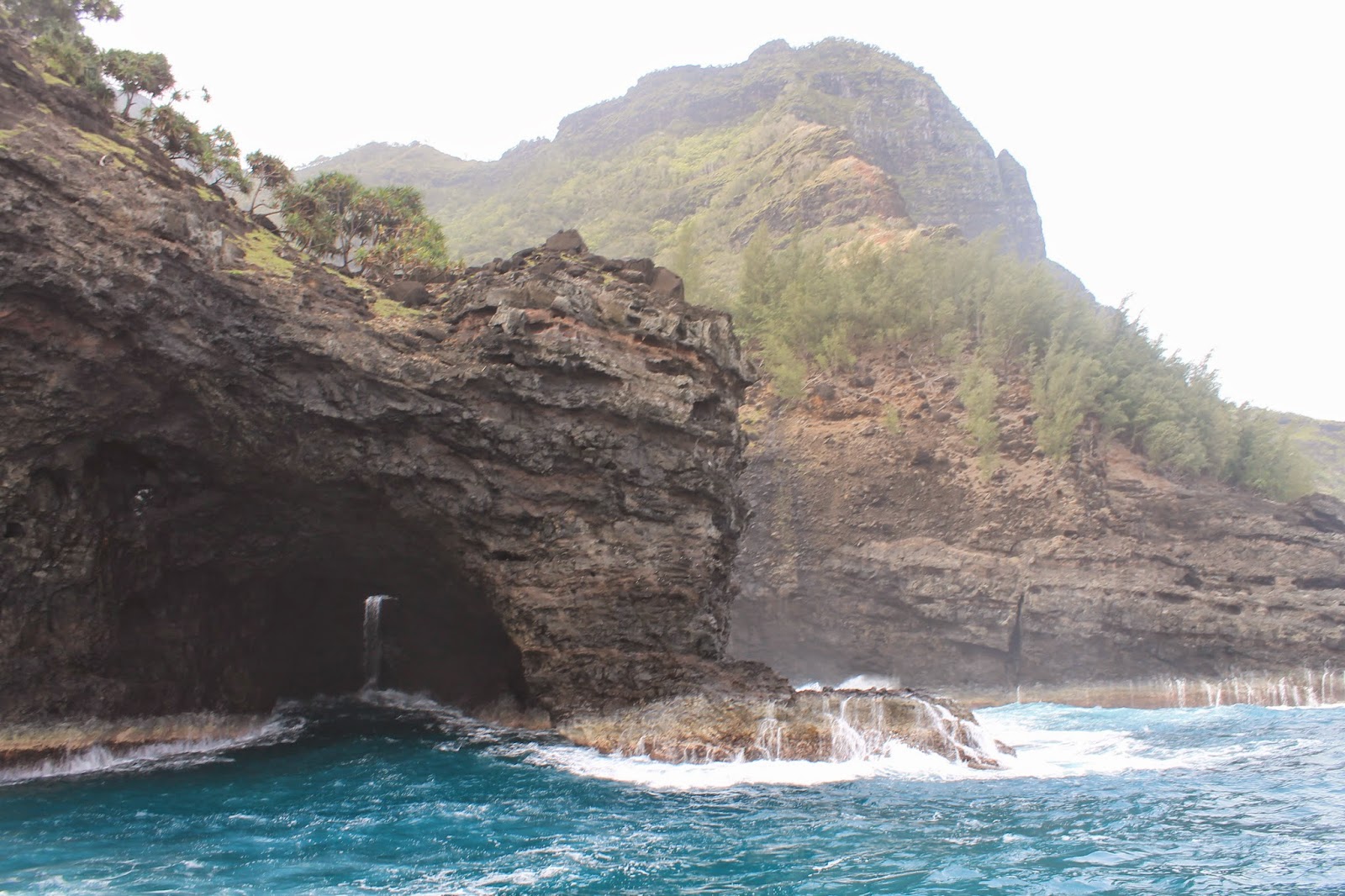 We came across dolphins almost immediately and ran into them several times along the way. Nate told us they were spinner dolphins. Since it was early, they were still pretty sleepy and not getting into their normal acrobatics out of the ocean that they were probably doing during the afternoon tour. They were still cool in my book though and we were apparently cool in theirs, too. They swam right along with us for fifteen or twenty minutes while we all almost fell off the boat trying to get some good pics and maybe even to cop a feel. 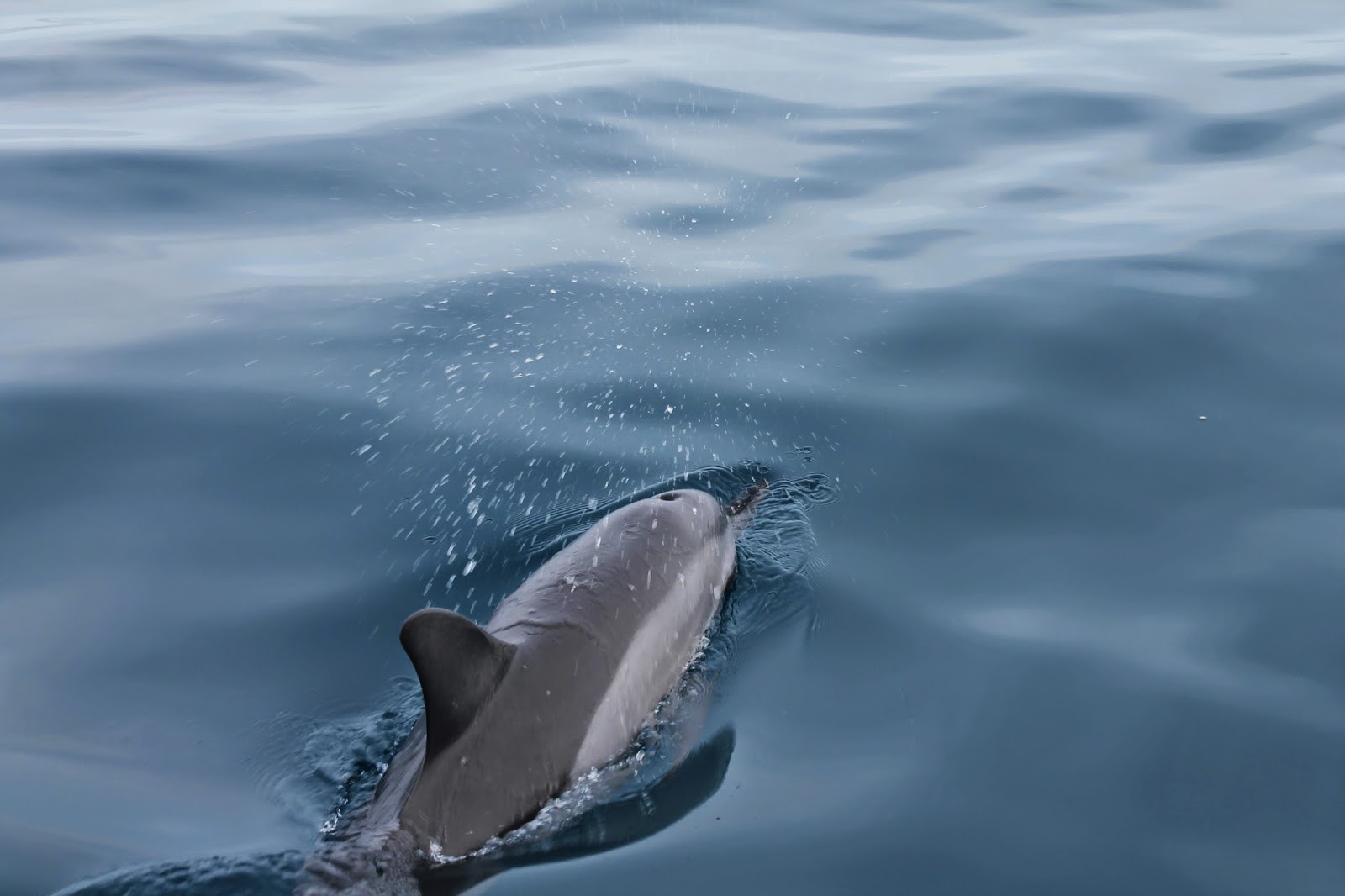 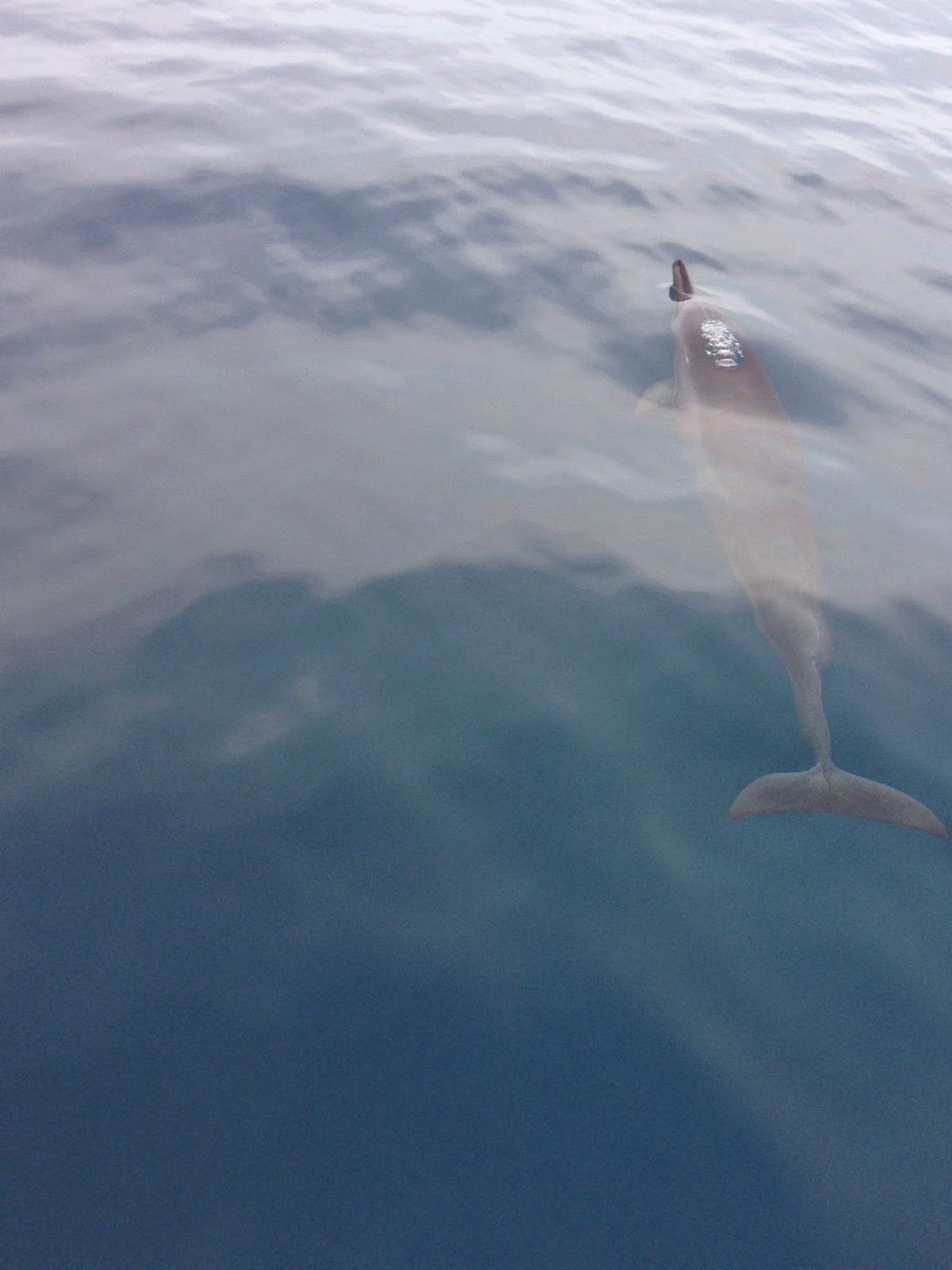 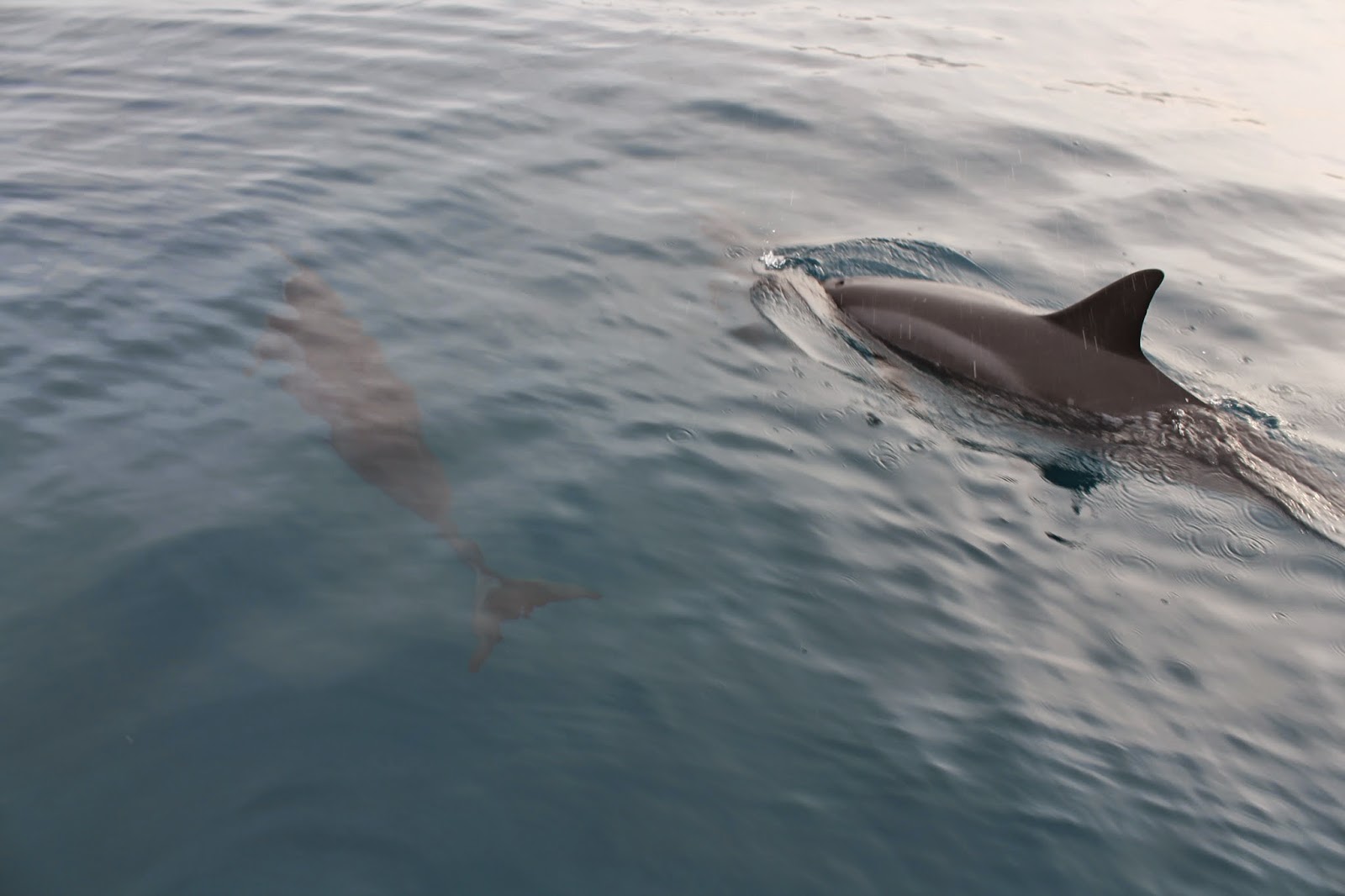 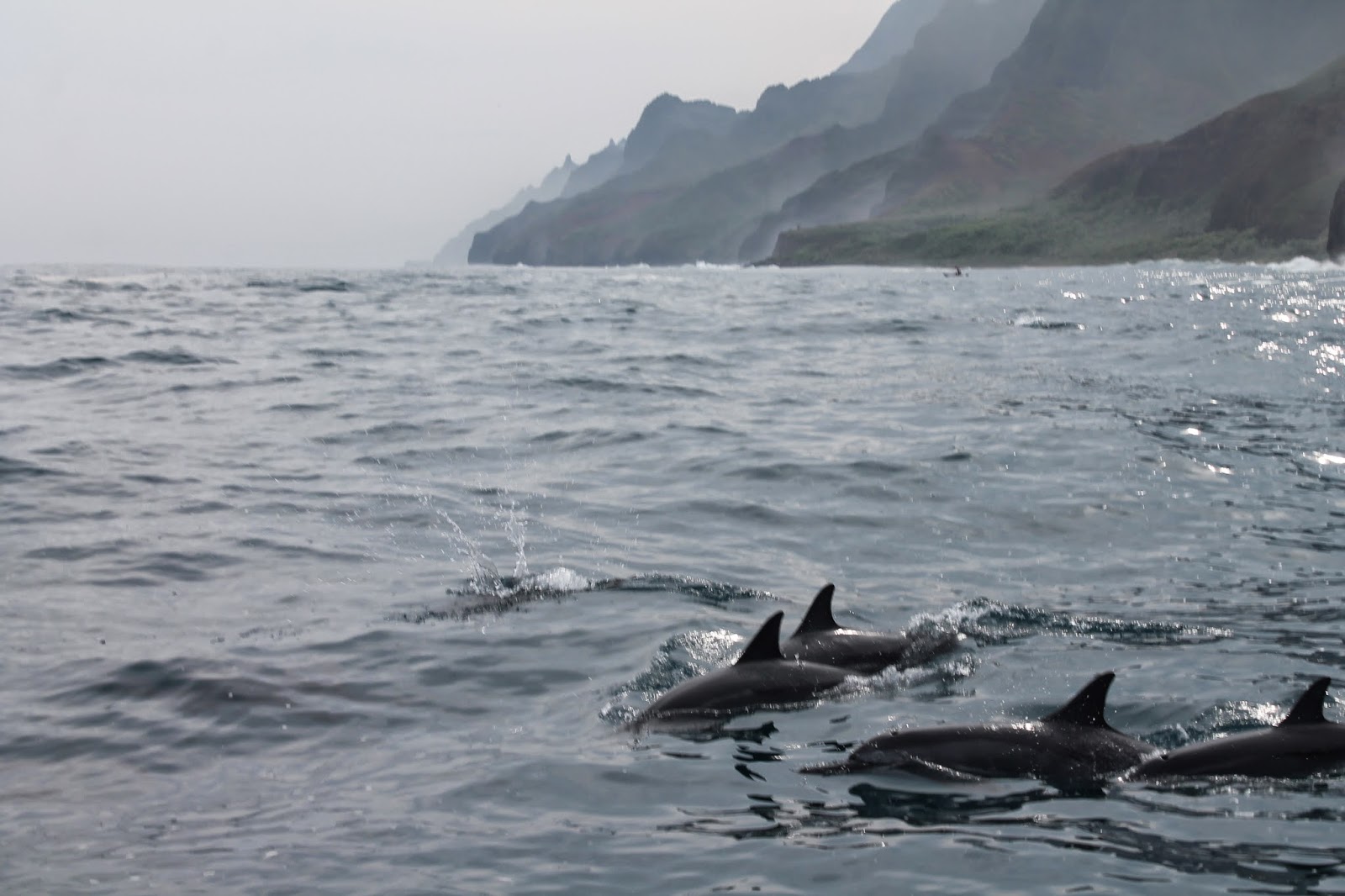 Although whale season was technically over in Hawaii, Captain Nate said that they caught a glimpse of a whale family the previous day so we kept an eye out for them as well. They'd all pretty much started the migration up to Alaska, but he said sometimes there are whales who keep their babes in the calm waters a little longer to make sure they're strong enough for the journey. We didn't come across any unfortunately but we did get a surprise sea turtle that wasn't as shy as they typically are.

The water was pretty rough while we were out there due to a ground swell, so we didn't get to travel too close to the shore. The waves were huge, around 20 feet, and this sadly meant no snorkeling for us. It *also* meant that we were almost on a rescue mission. A scientist had left his red zodiac boat out in the ocean while he was ashore and it was getting pummeled by waves. He radio'ed to our boat to ask if we could move it into deeper water but as we only had one crew member on board, we weren't able to. We went up to many other boats who weren't on tours asking them if they could help instead. Later, we heard that the boat had washed up to shore and wasn't in great condition. The next day I saw an article about the event. Turns out when the boat washed up, the gas tanks were too full of water to start and the owner had to hike back out instead - which took him 11 hours. I imagine his hike was way more grueling than the one Katie and I went on.

Even without spotting a whale or being able to snorkel, our tour was dolphin-itely a fulfilling and fun experience. I can only hope my "adopt a dolphin" is having as much fun in the ocean as we did.

Mahalo to Na Pali Experience for the special rate. This season, tours are $169/person + tax. Opinions are always my own.

And Mahalo too, Katie, for some of these beautiful shots!