I'm Italy-ing You to Visit Small Churches in Rome

Lately, I've been thinking a lot about Italy, partially because it's where my family was this time last year, but also because I have extra vacation days and nothing planned but a few long weekends away. Not knowing how I'm going to spend those extra days would give another Erin anxiety, but "Summer Erin" is much more relaxed and knows something will come up in due time. She will be on another adventure soon enough.

Before we traveled to Italy, I made my traditional spreadsheet of places to visit and eat, all recommended by friends and fellow travel bloggers. One woman I didn't even ask for advice kept telling me that there would be a church on every corner, but not to waste my time with them. She wanted to only talk about St. Peter's Basilica and said that nothing else was worth going to. I had a feeling that this woman and I would not travel well together, so I made a note to ignore her advice.

Of course St. Peter's Basilica and the rest of Vatican City are worth seeing - especially the Sistene Chapel ceiling - but the crowds were wildly overwhelming and I enjoyed other churches more. Our dear friend Rick Steves, guidebook author extraordinaire, led us to many smaller churches around Rome that had more character and felt more intimate and holy.

This church was first built 1500 years ago (that is not a typo) as a home for the chains that St. Peter was kept in while imprisoned. The chains are considered a holy relic and are on display in a glass case. One set of chains (from when St. Peter was in Jerusalem) was handed down through the ages until presented to Pope Leo I. When Leo placed these chains next to another set from when St. Peter was in prison in Rome, the 2 Chainz apparently magically fused together. 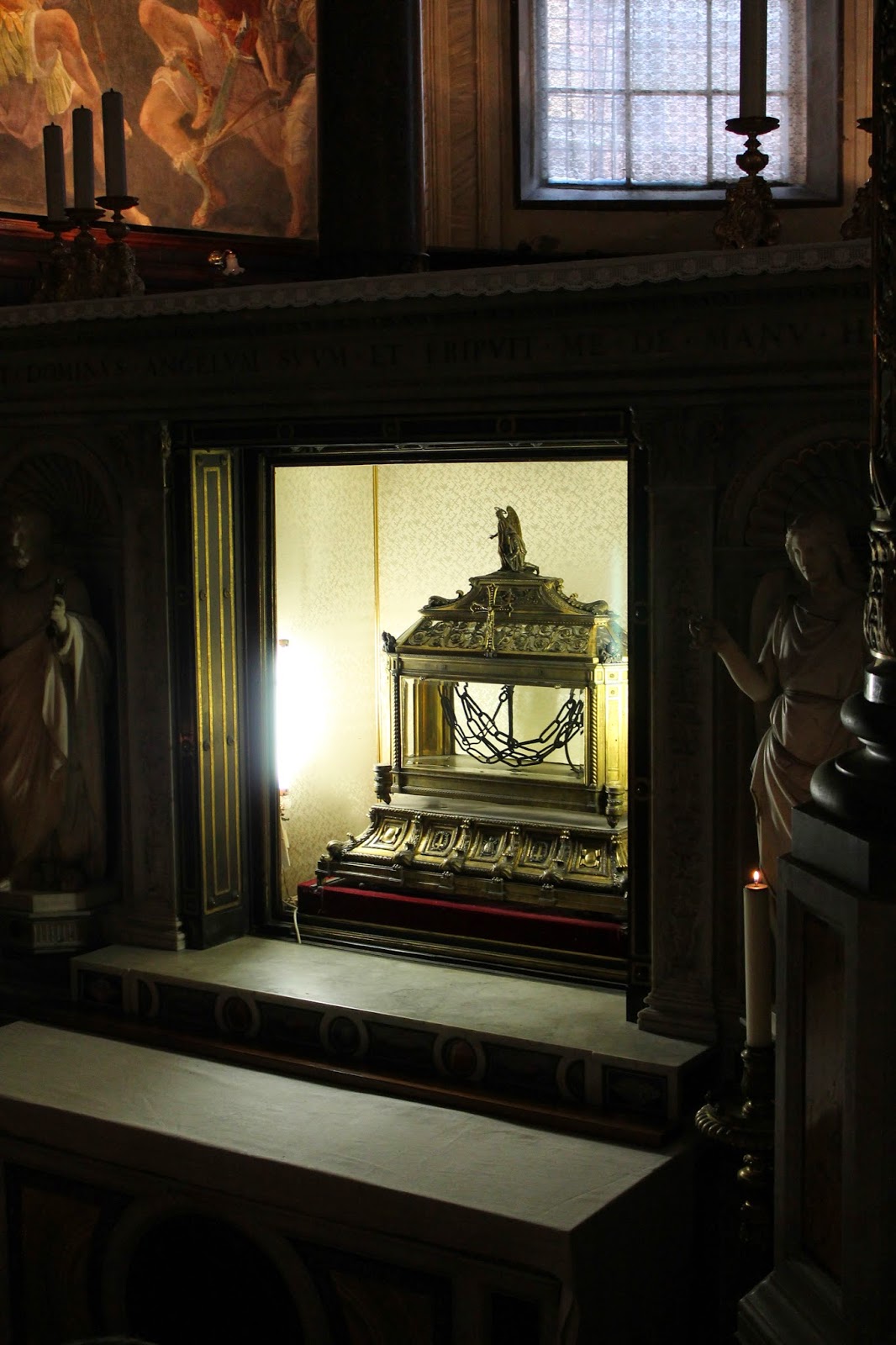 St. Peter in Chains also houses an incredible Michelangelo statue of Moses that was originally meant to be on top of Pope Julius II's tomb. It instead remains on the side of this church in darkness, lit up by machine for half a Euro. The subject of the statue is sitting, but if he were standing, he would be as tall as Michelangelo's greatest masterpiece, David. As Rick puts it, he looks like he's about to leap up at any minute to spring the Ten Commandments on his poorly behaving people. 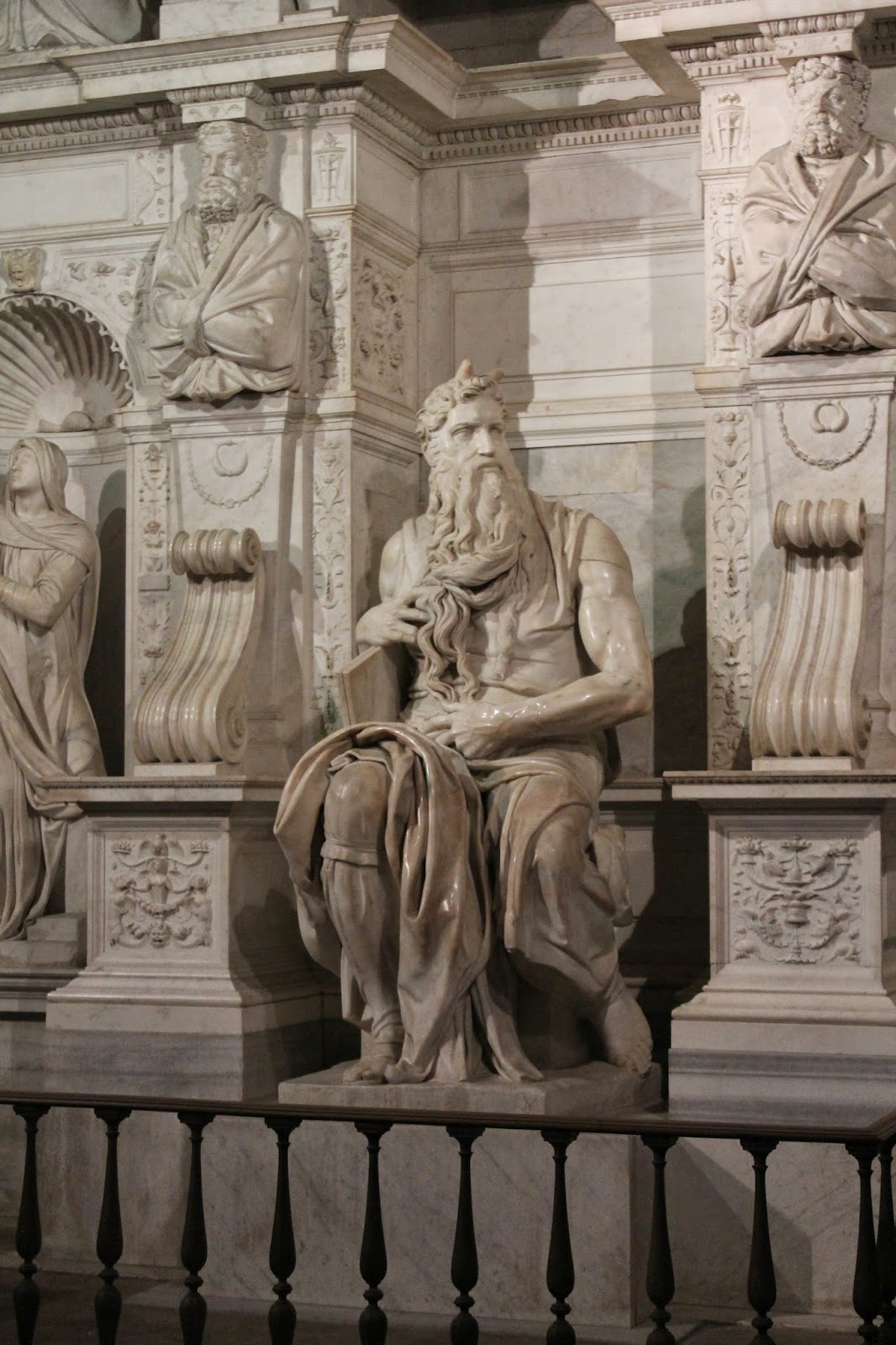 In the neighborhood of Trastevere, my family used this adorable church as an umbrella and almost became wedding crashers. When we realized there was going to be a wedding ceremony, we hung out on the porch instead of inside while it poured. It eventually lightened up and we left the porch before the bride walked in but we still caught a glimpse. There can be a two-year waiting period for weddings in this church and we did not want to be in the background of those pictures.

Cecilia was an early Roman from a wealthy family who converted to Christianity and the rest of the city was not having it. She was beheaded by other Romans when their other attempt of killing her with steam from her own bath failed. 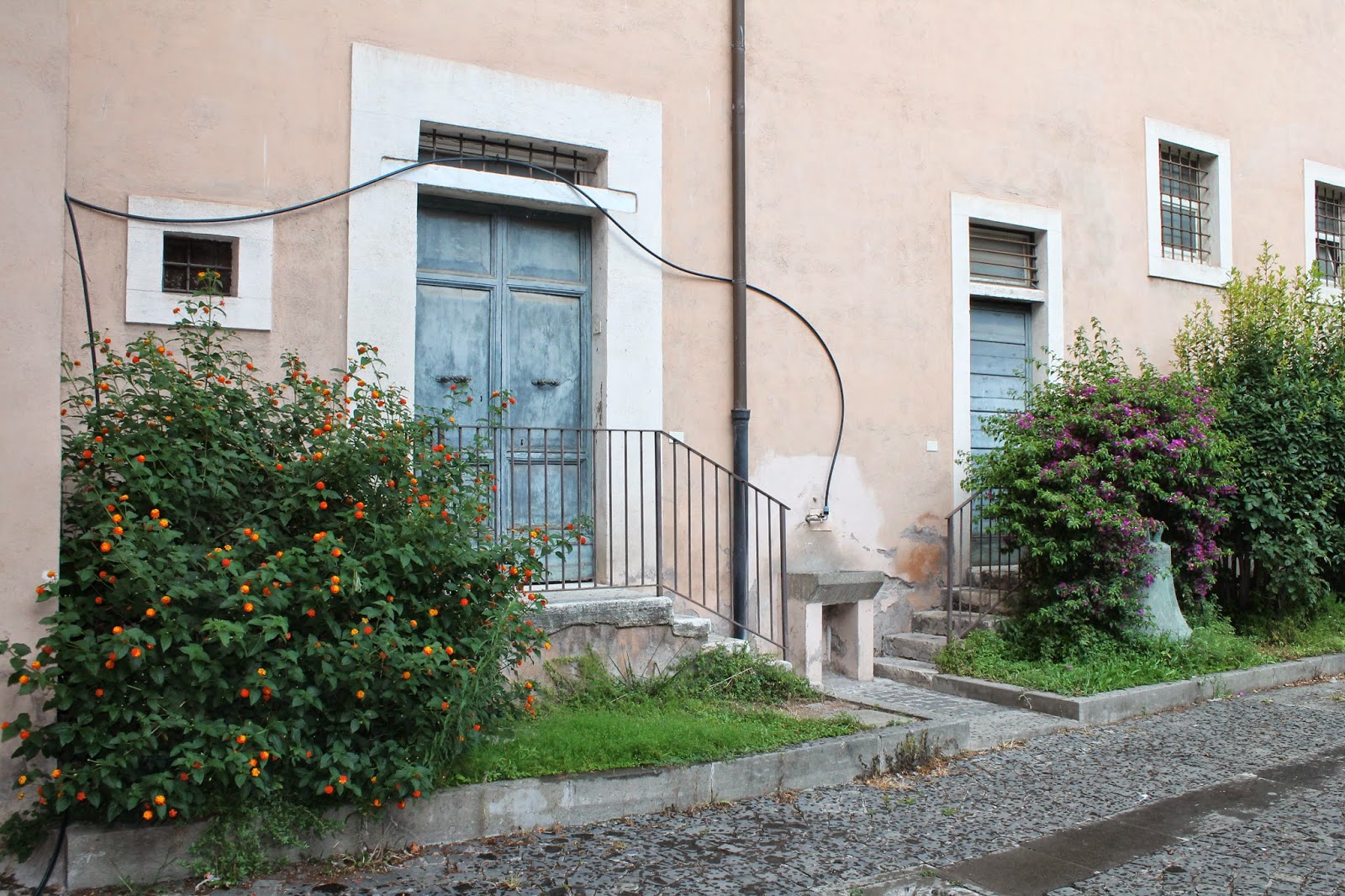 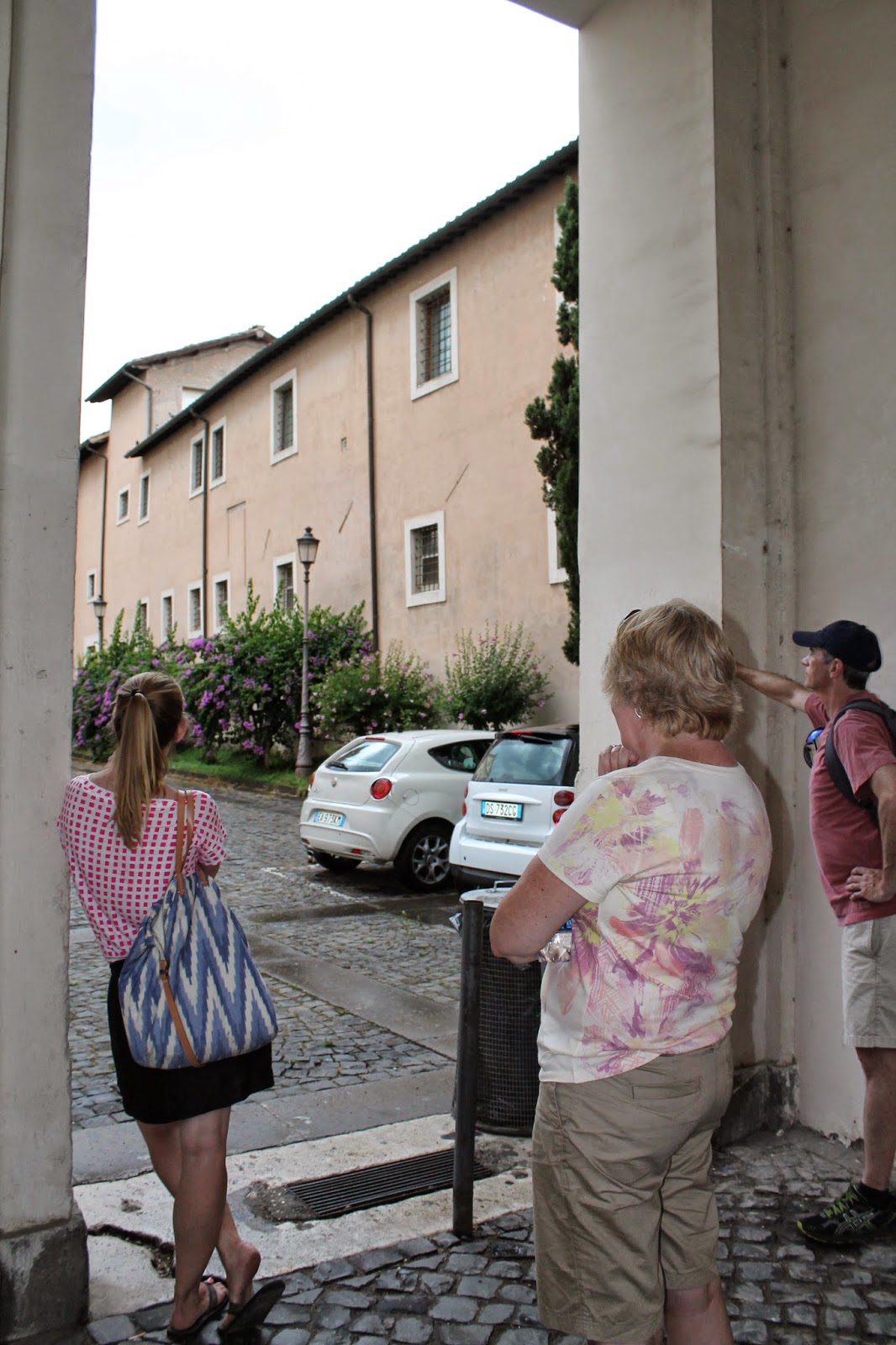 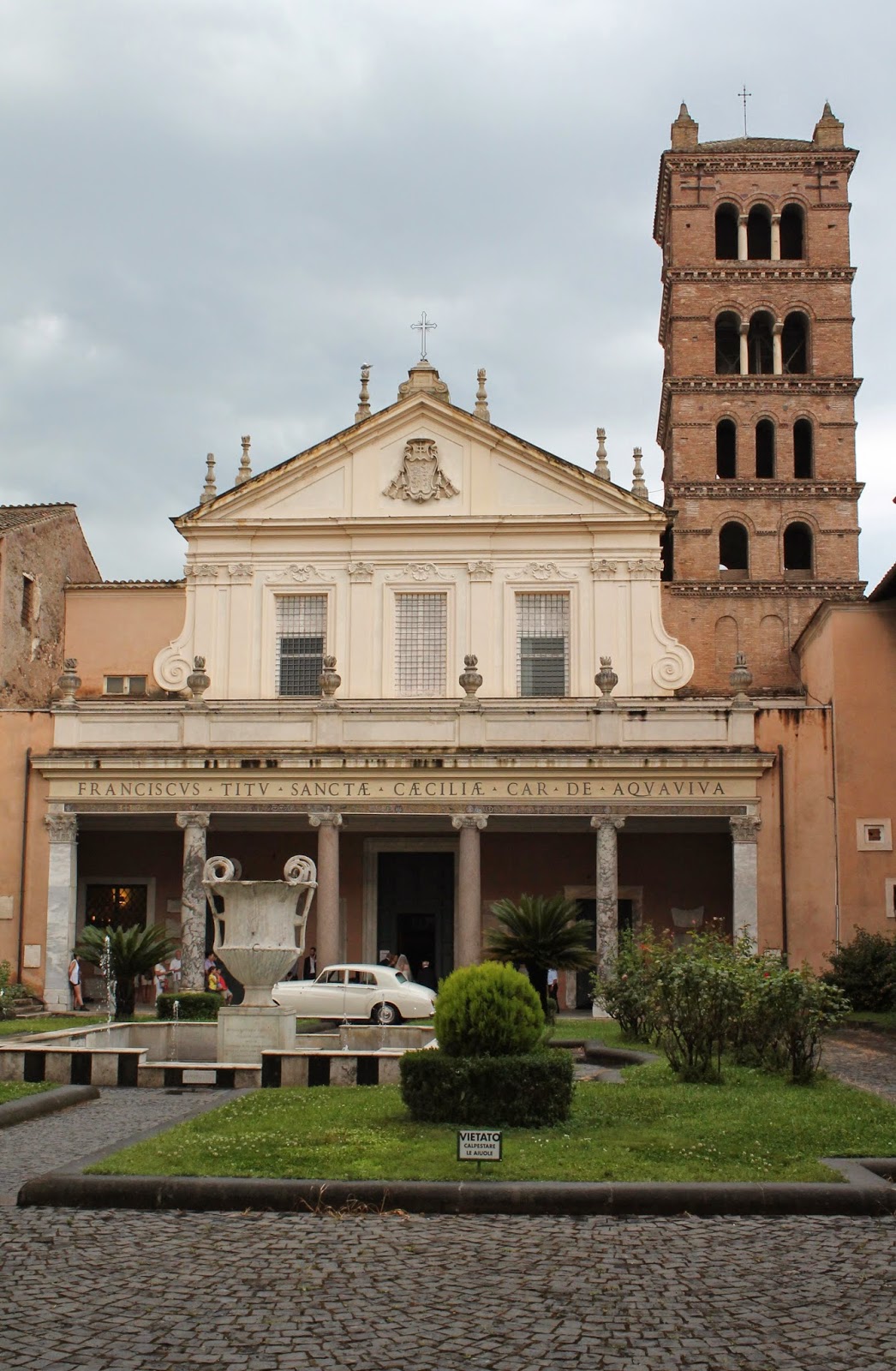 This church's decorators had a good sense of humor. There is a lovely fresco on the ceiling that attempts to trick us into thinking that the ceiling is higher than it is. The columns of the church are extended and painted along with depictions of Christ, Heaven, and representations of the four continents of the time. 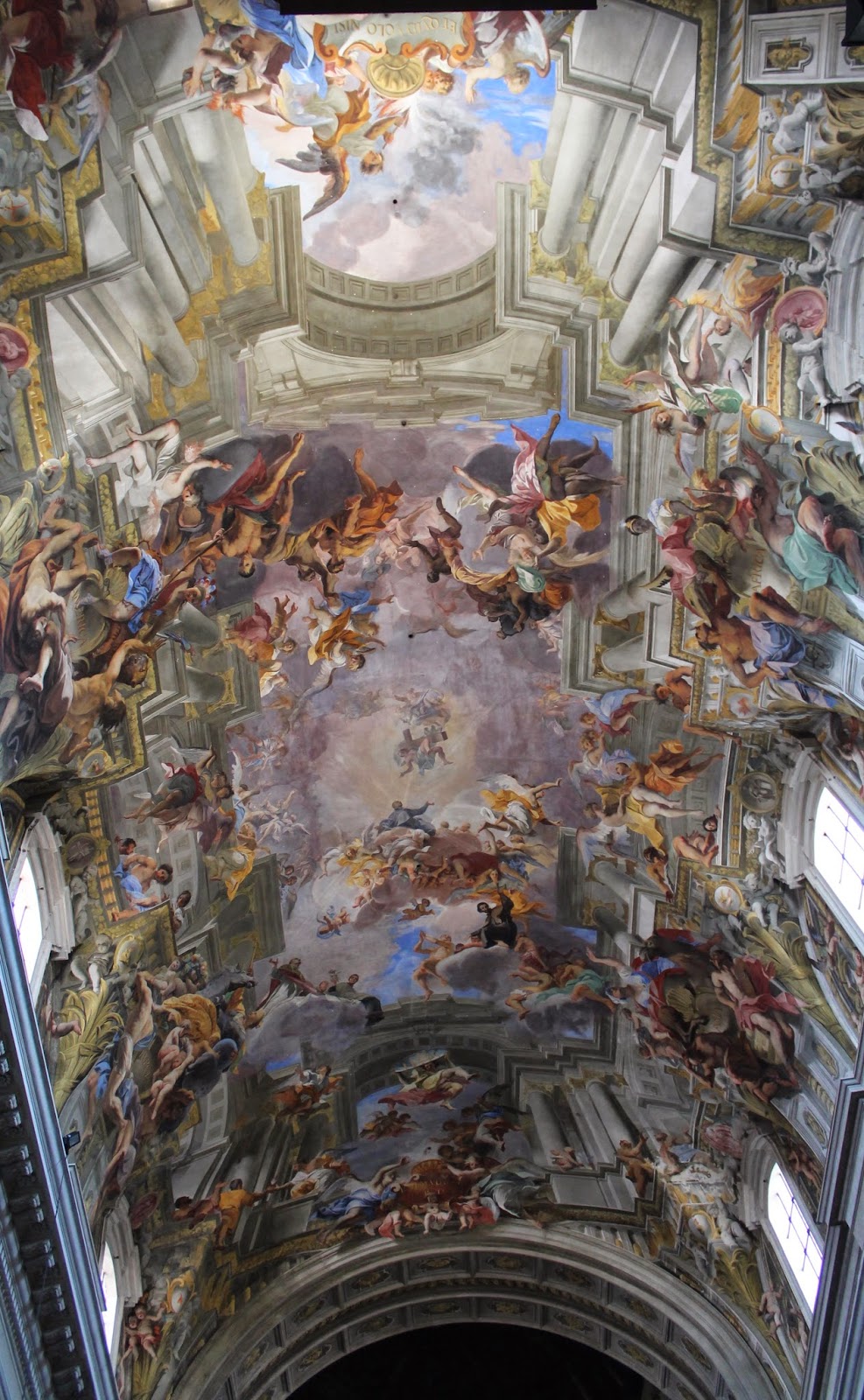 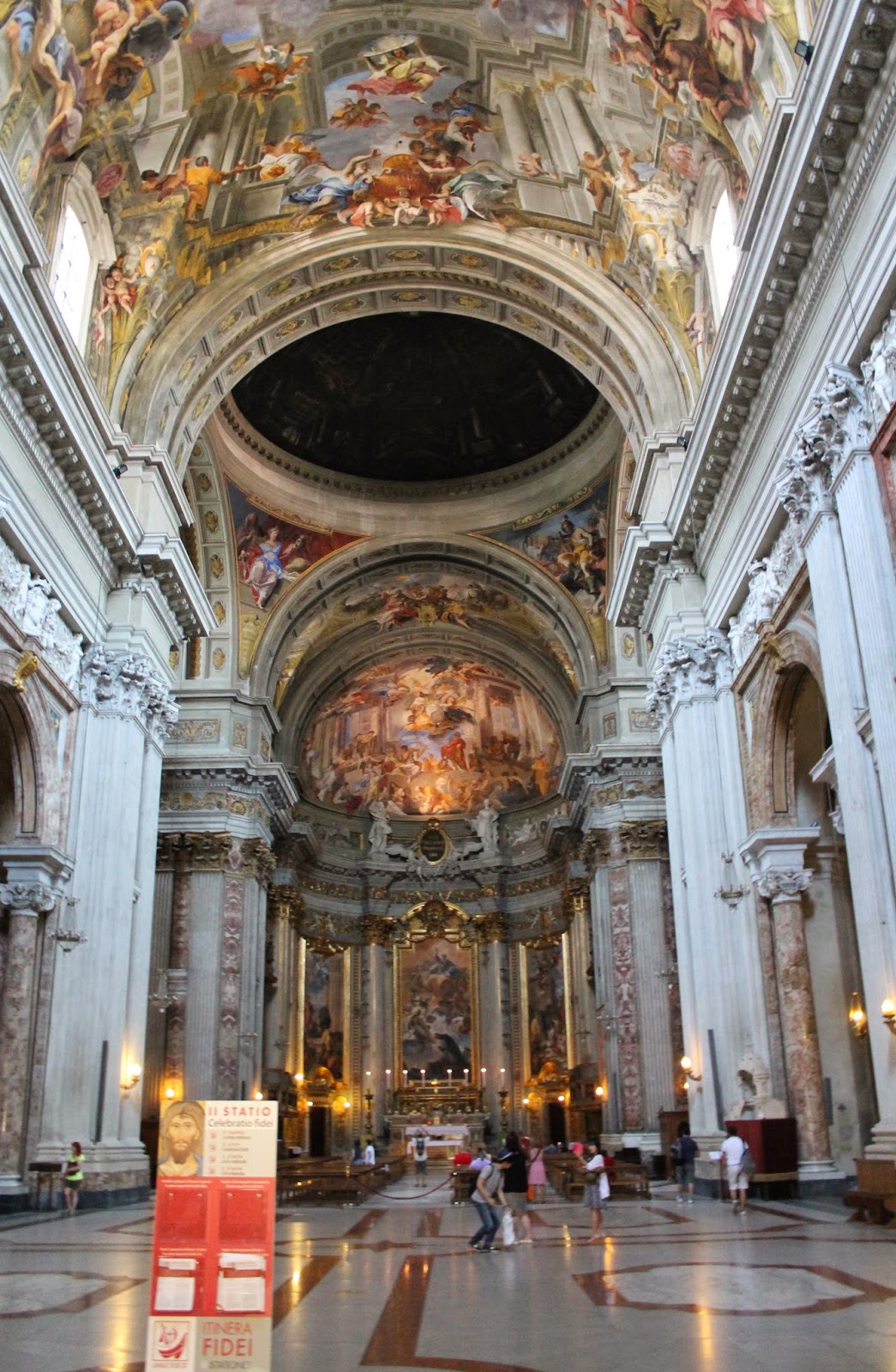 The kicker here though is the dome of San Ignazio. Because it's not a dome. It's a painting of a dome on a flat surface. You wouldn't necessarily be able to tell, unless you were walking forward in the church while looking up. It's said this was done because there was just not enough money in the budget to put a real dome on top. I think this is hilarious. And innovative.

This church has an impressive elephant obelisk in the square out front. On the front wall of the church are plaques recognizing how high the waters have come in various floods over the years. But the main reason to visit this church is how close you can get to a Michelangelo. 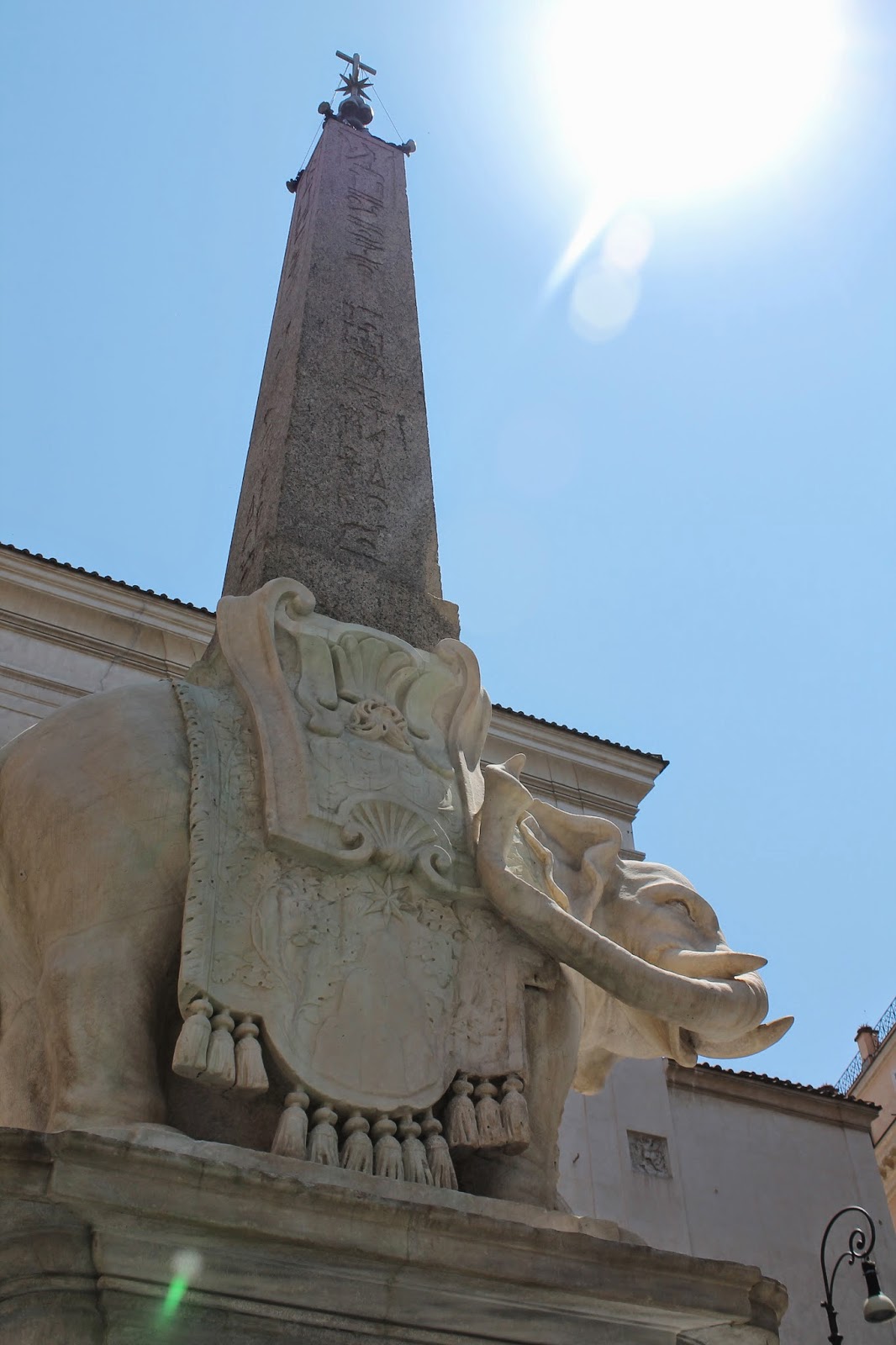 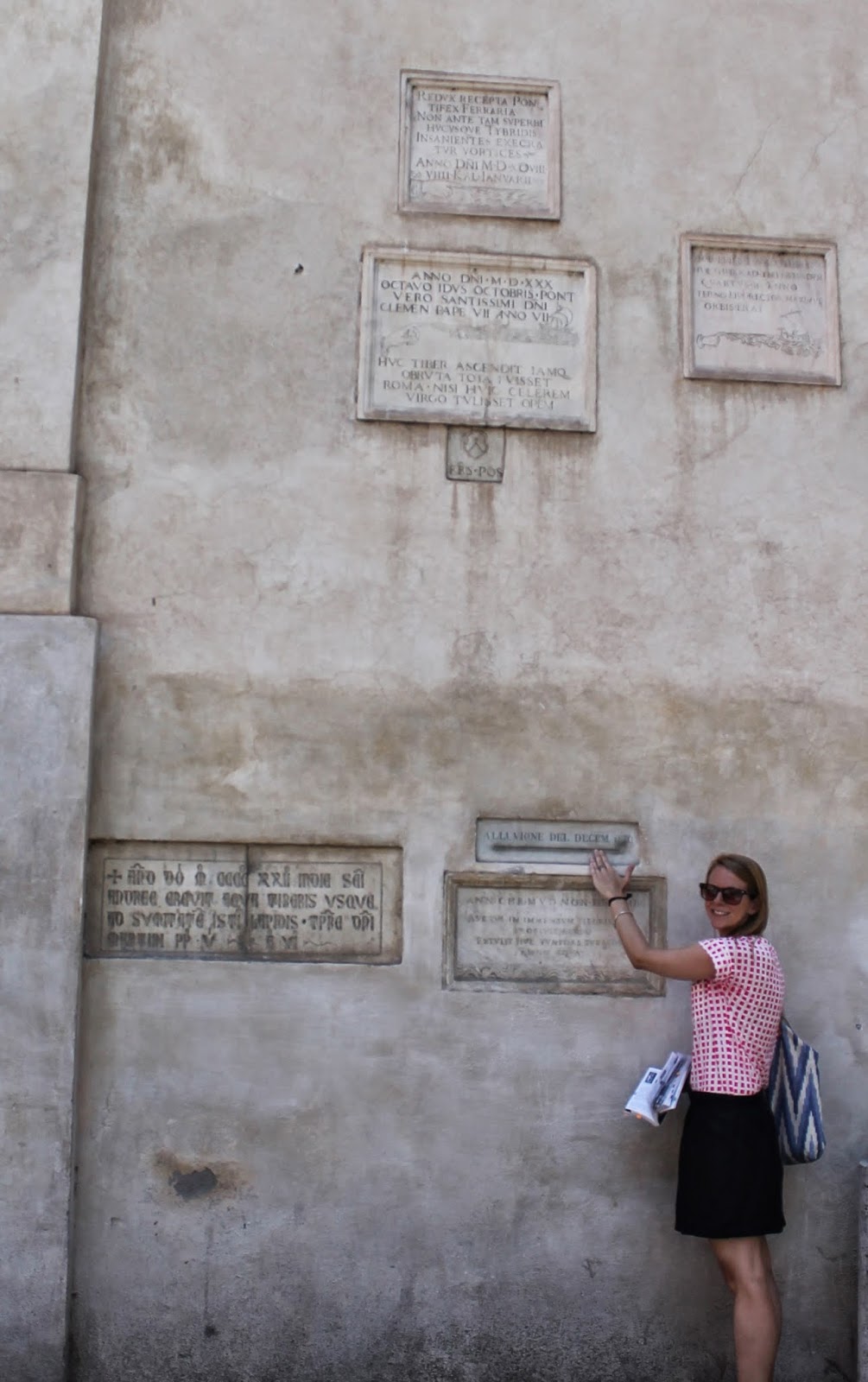 If you've ever wanted to touch a Michelangelo, this is the place to do it. NO. Don't do this ever. But be tempted here for sure by getting within inches of his statue of "Christ Bearing the Cross" displayed in this church near the Pantheon. This Jesus was originally naked but was covered up later in bronze. At the time this statue was revealed, one Roman remarked "the knees alone are worth more than all of Rome together." Yes, go to Vatican City. Schedule a tour group. Wait in line at 7 am. Shuffle through with thousands of other people. Get elbowed in the face. Get attacked by backpacks of people who forget they are wearing them who turn around quickly. Whisper things under your breath at other tourists. Feel bad because you are in a holy place but you want everyone there to stub their toes. Afterward, visit some of these other churches, where you won't need to do all of that and where you will actually feel at peace. And remember to make a wish in every new church you go into.

Some of these pictures are courtesy of my sister, Katie! Grazie!