Hawaii - An Attempt at Athleticism: Hiking the Na Pali Coast

I like to say that I'm outdoorsy. I'd definitely rather be outside than inside, at least between the months of March and November. With that said, my activities while outside are not necessarily what others might consider outdoorsy. As I'm writing this, I'm reminded of a someecards from a number of years ago: 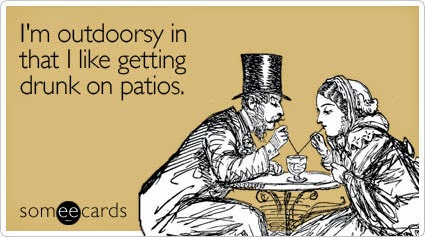 Yes, of course I love drinking on patios, eating ice cream on benches, and reading books on a blanket in the park or in a chair with an ocean view. But I also enjoy walking the hour home from work or the entire length of Broadway and riding my Citibike once every three months, so doesn't that count for something?

The answer is no. At least it didn't count when I took my first official hike in Hawaii in May with my sister, Katie. I was used to wearing my sneakers at the gym or for a mile or two run or walk, but there was something about this trail on the Na Pali coast in Kauai that was a little different than the sidewalks of NYC. Yes, *that* Na Pali coast. Katie and I experienced it in three ways on our trip - by boat, by air, and by land. Specifically this land: 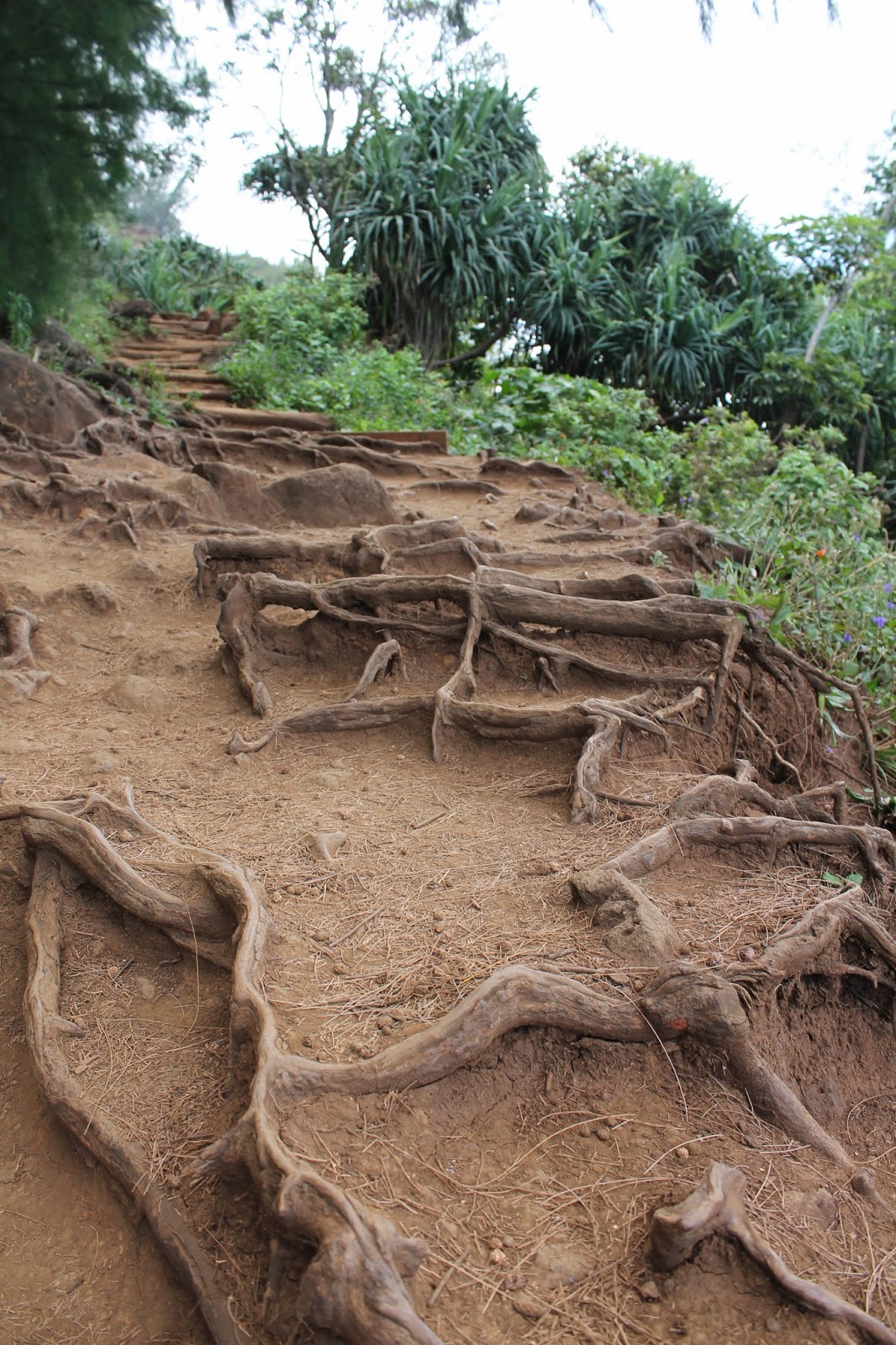 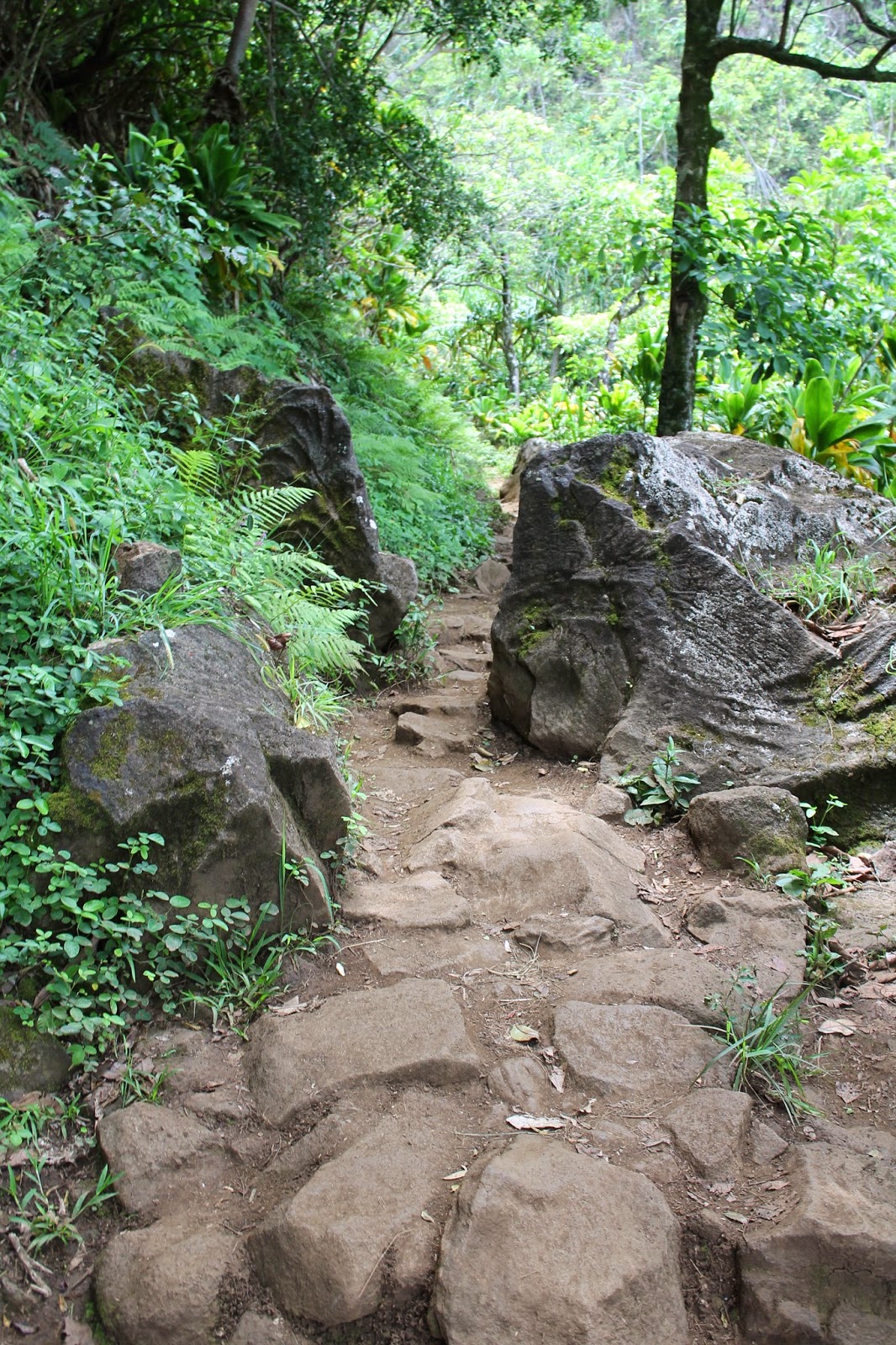 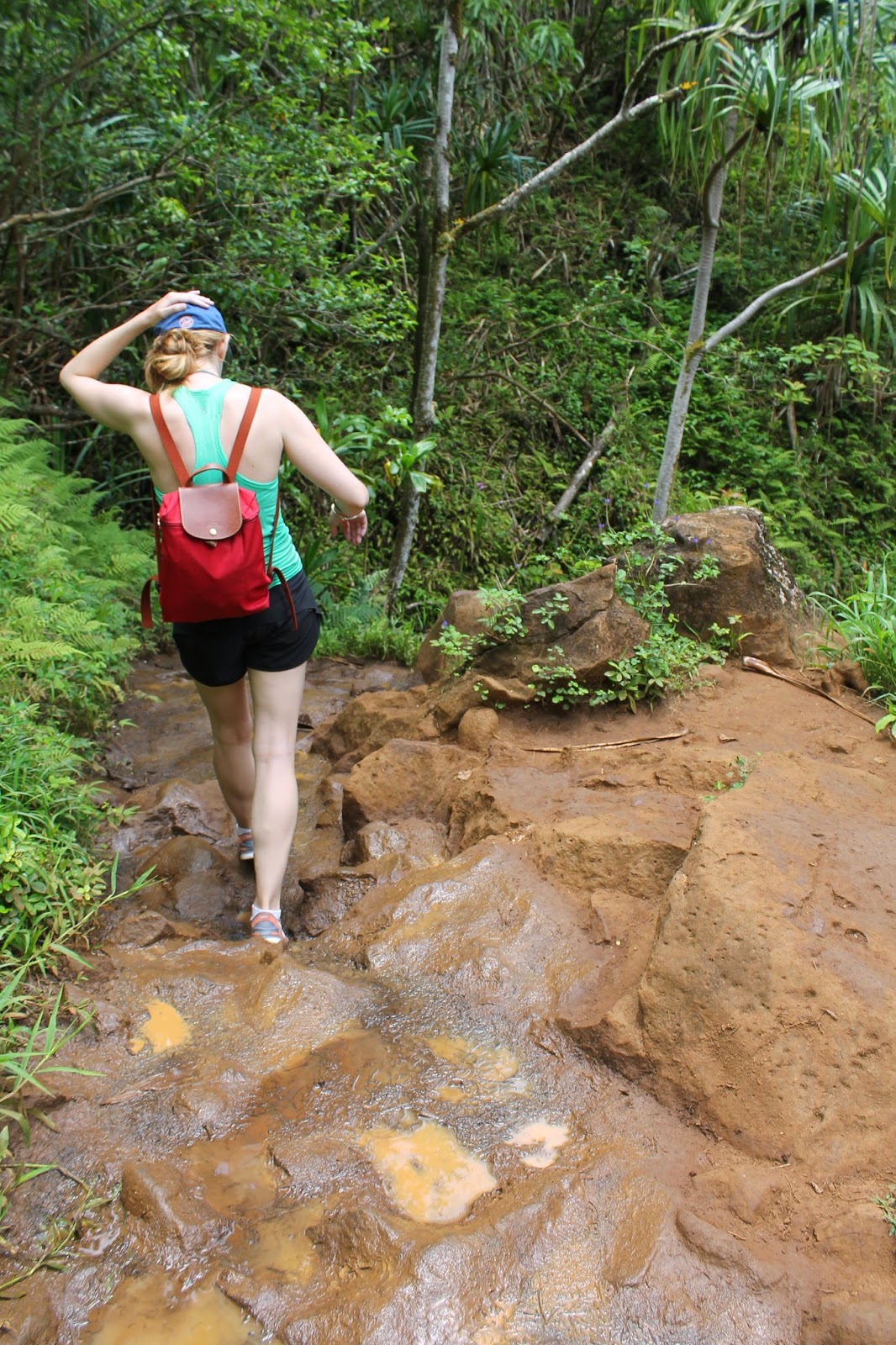 Katie and I chose to just hike the four-miles (two there / two back) to Hanakapi'ai Beach rather than the eight-miles (four there / four back) to a waterfall. We started in the early afternoon at maximum sunshine, heat, and sweat-dripping-down-our-necks time. Because of our timing and the weather, it was a good decision to just hike four miles. Even though the trail was a challenge, the view reminded me why we were on this journey. 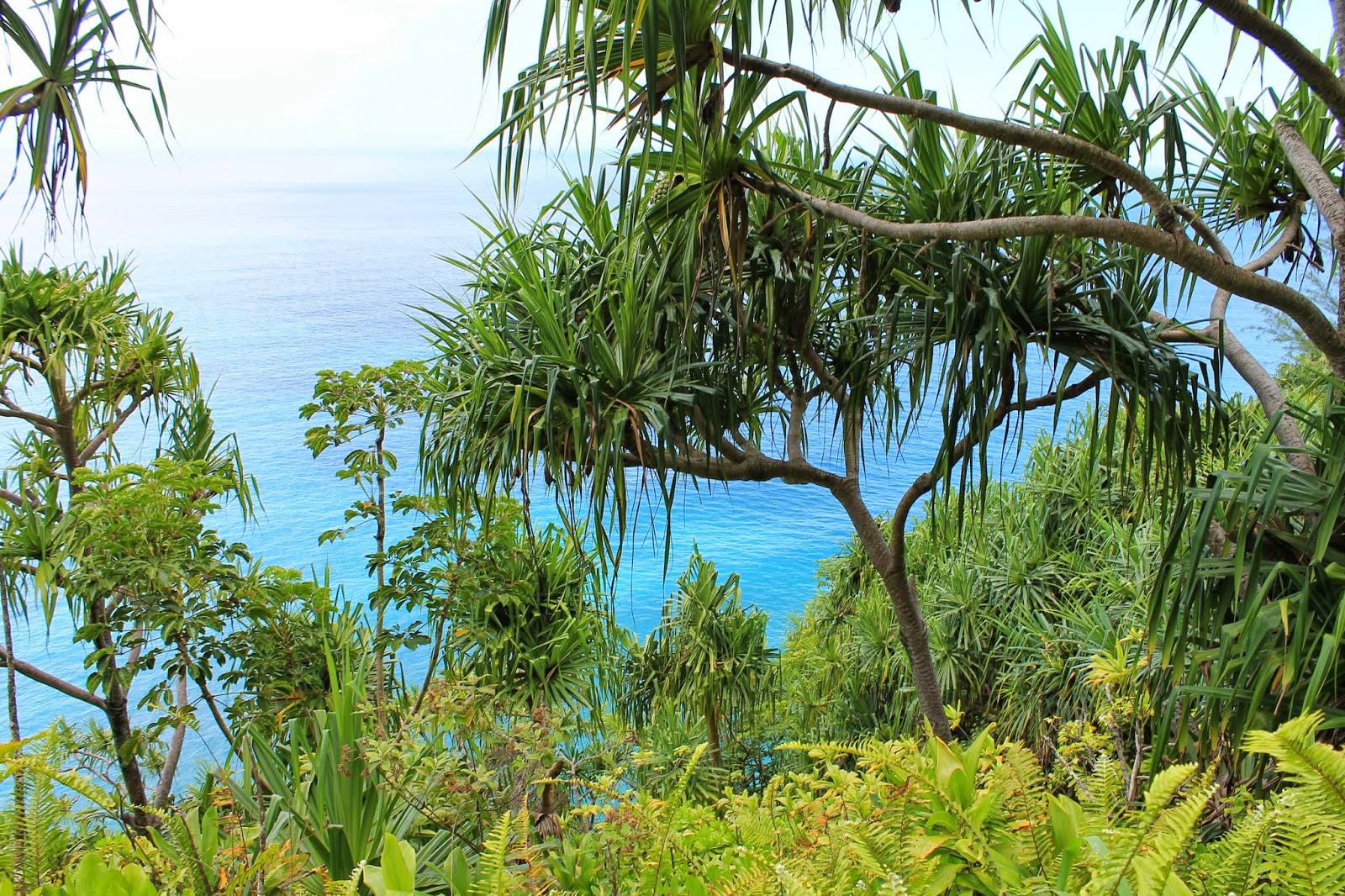 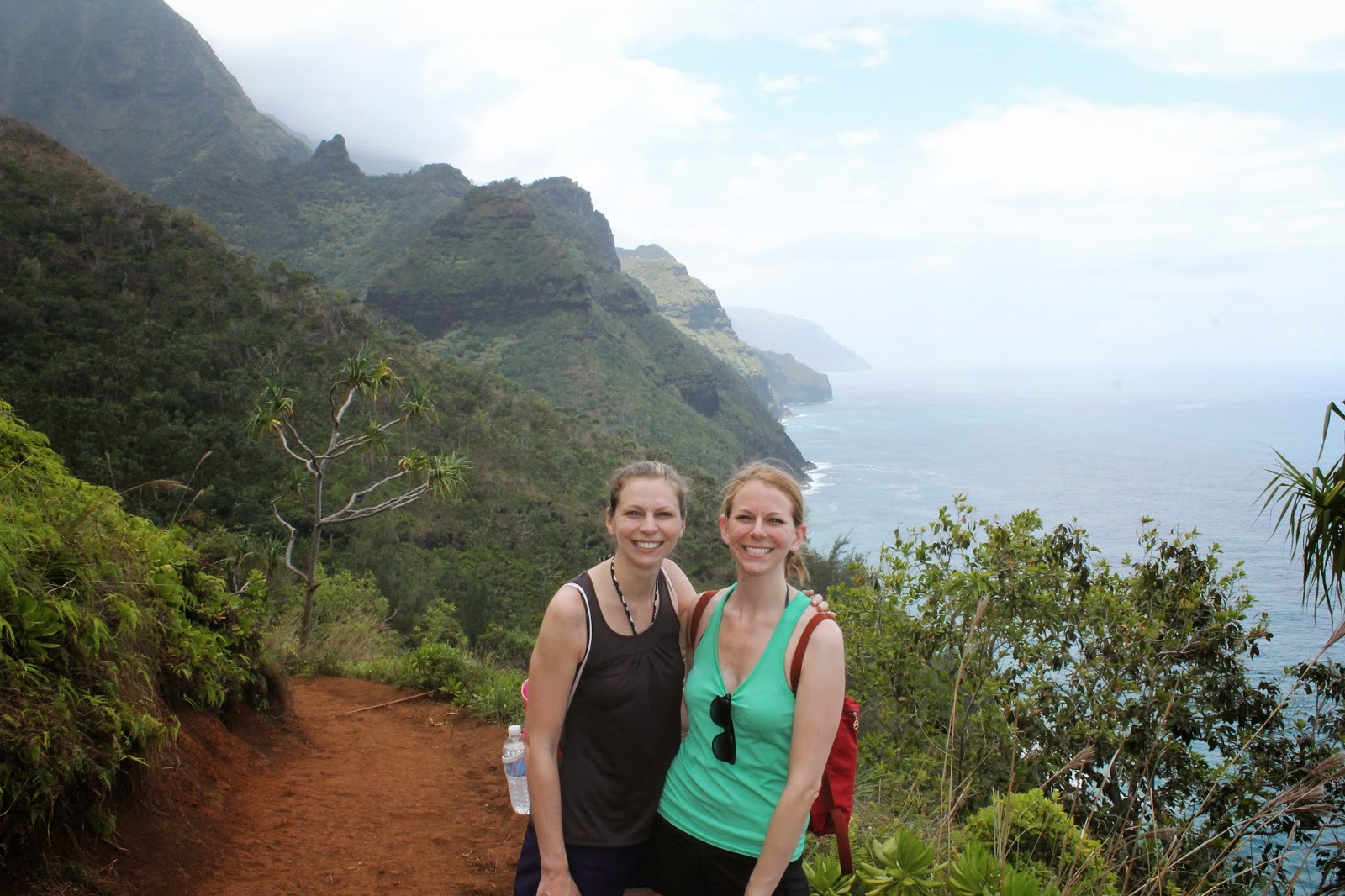 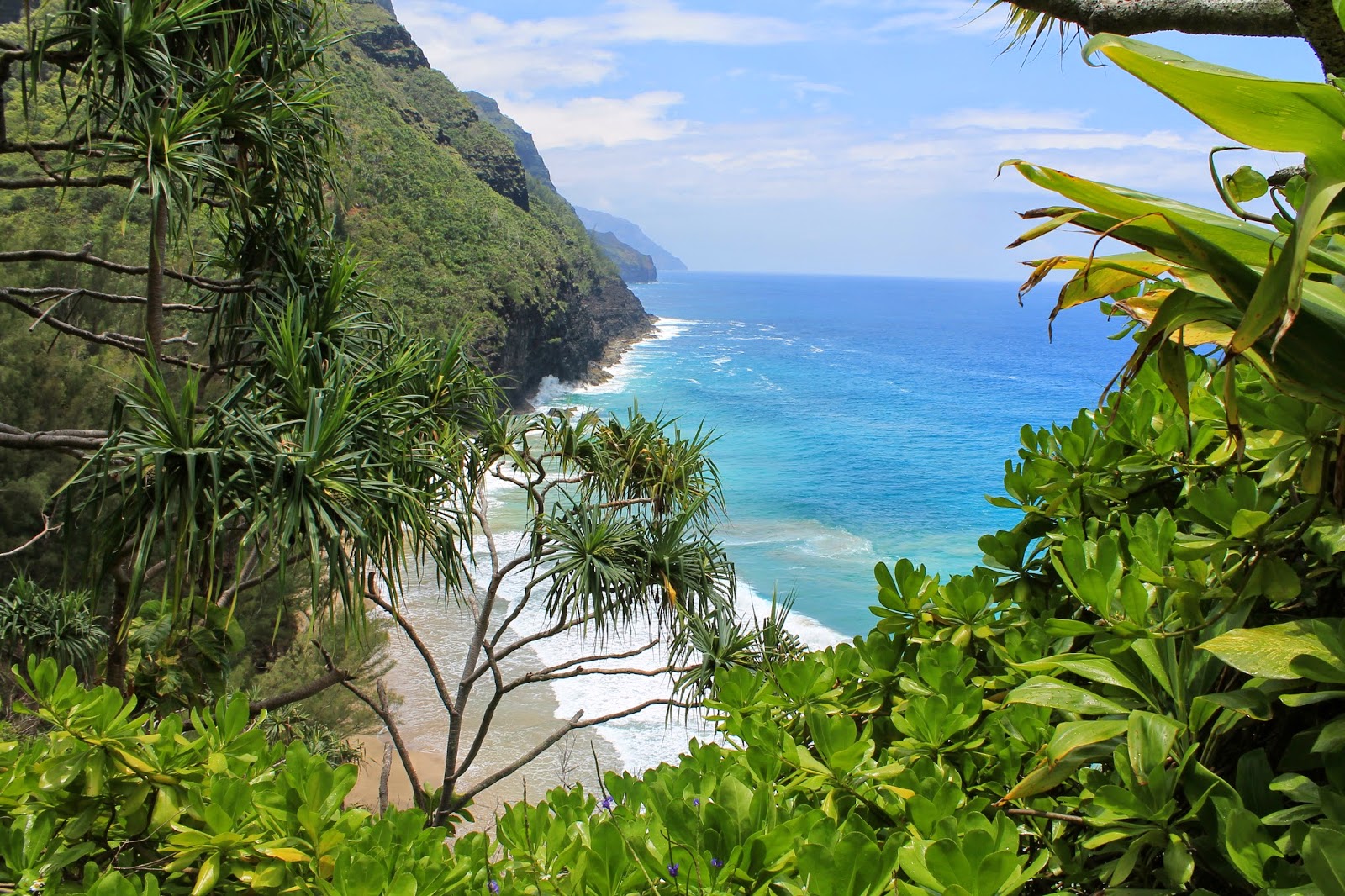 When we were almost to the turnaround point and the beach, we were faced with a gushing stream which I was both intimidated by and excited about. I thought it would be amazing if I could cross the stream easily, what an accomplishment on my first hike, right? Instead I rushed to jump across the first few rocks without thinking and slipped right into the stream, finding myself in knee-deep water. It wasn't my proudest moment. (But it wasn't my least proud either.) 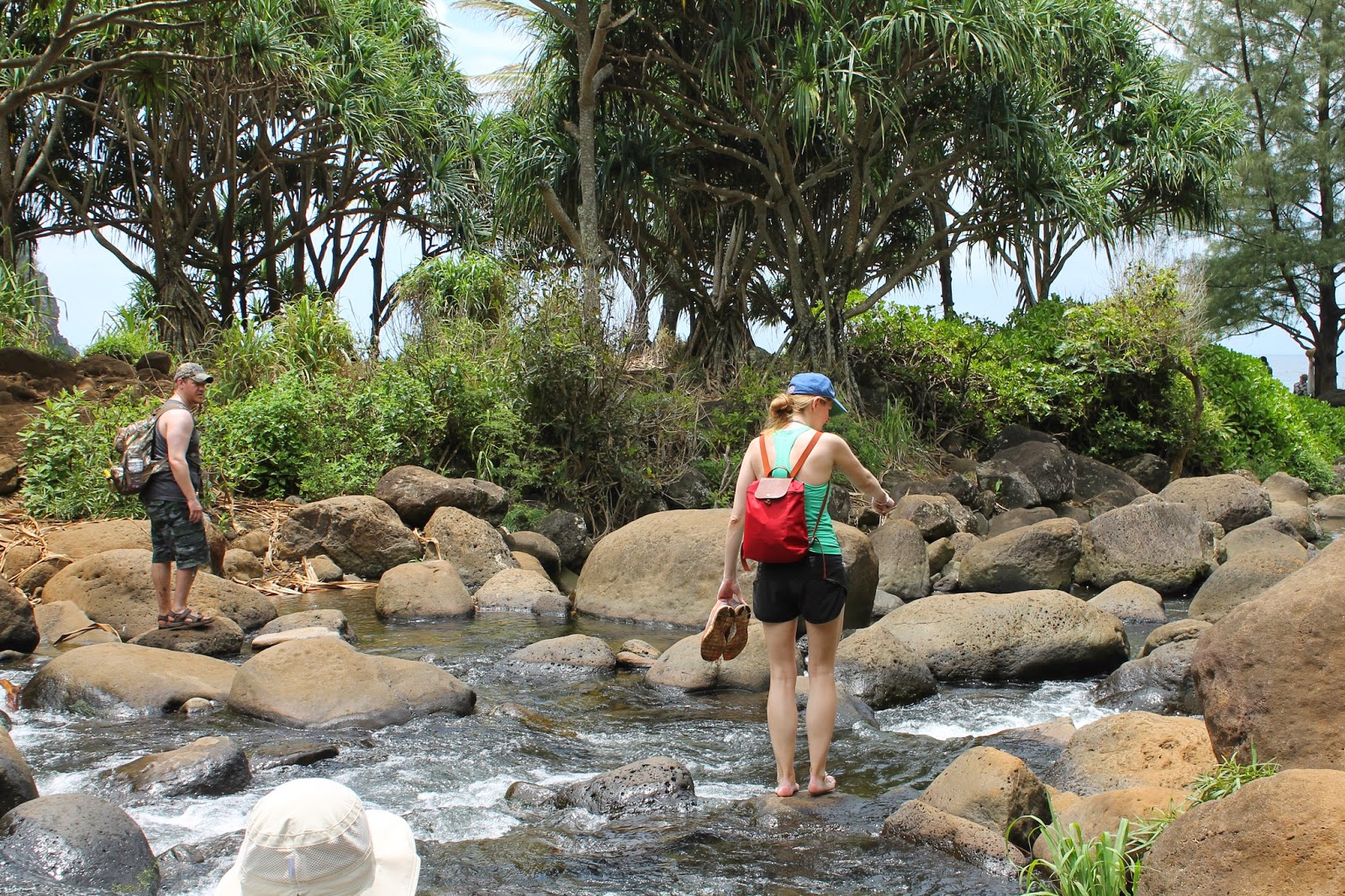 The turnaround point, Hanakapi'ai Beach, was gorgeous. I had hoped for a place to lay down, rest, and read a chapter or two before our return trip, but the tide was too high and the rocks were not made for sitting for longer than a few minutes. We took some photos and started quickly back on the trail. 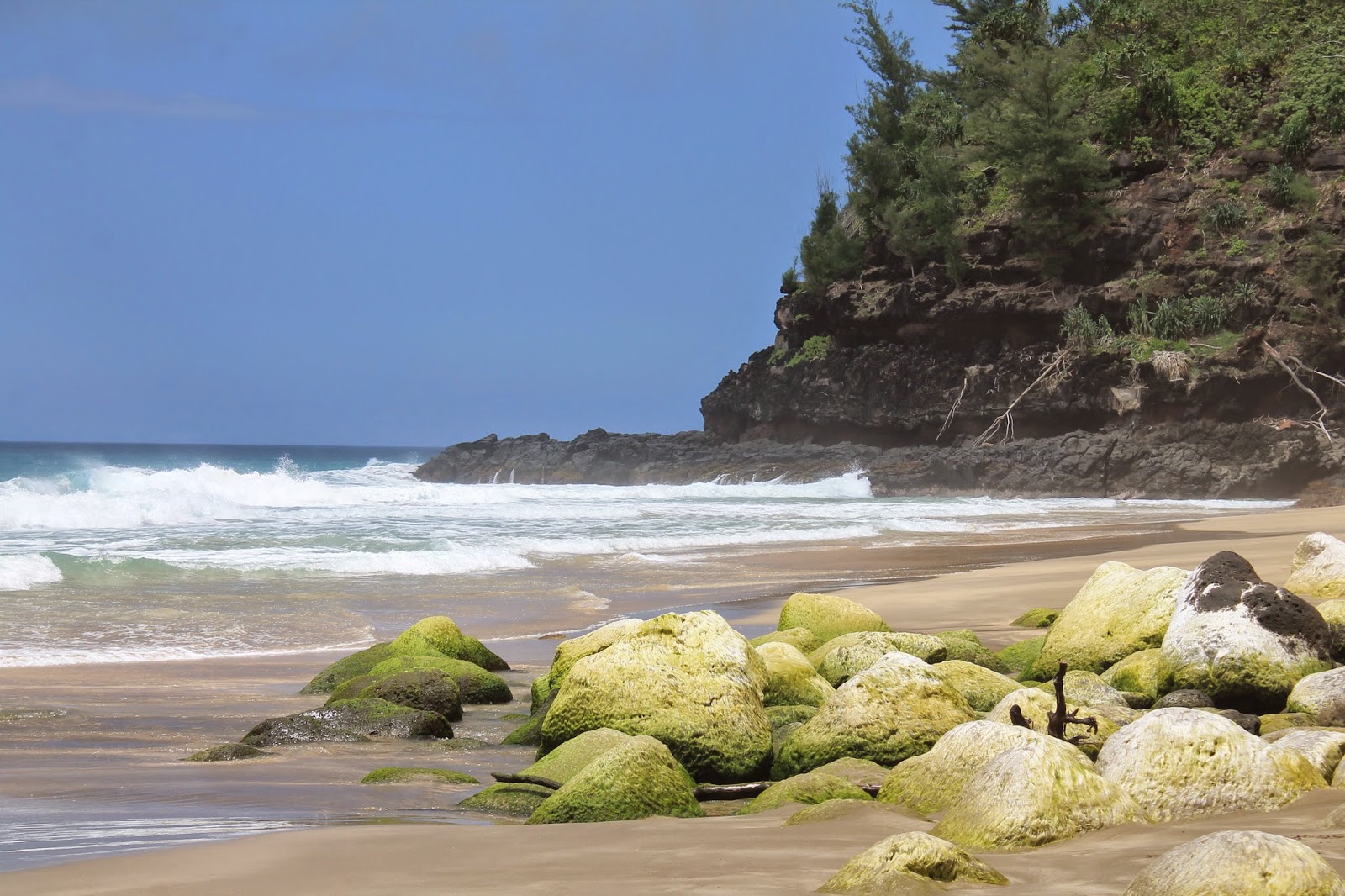 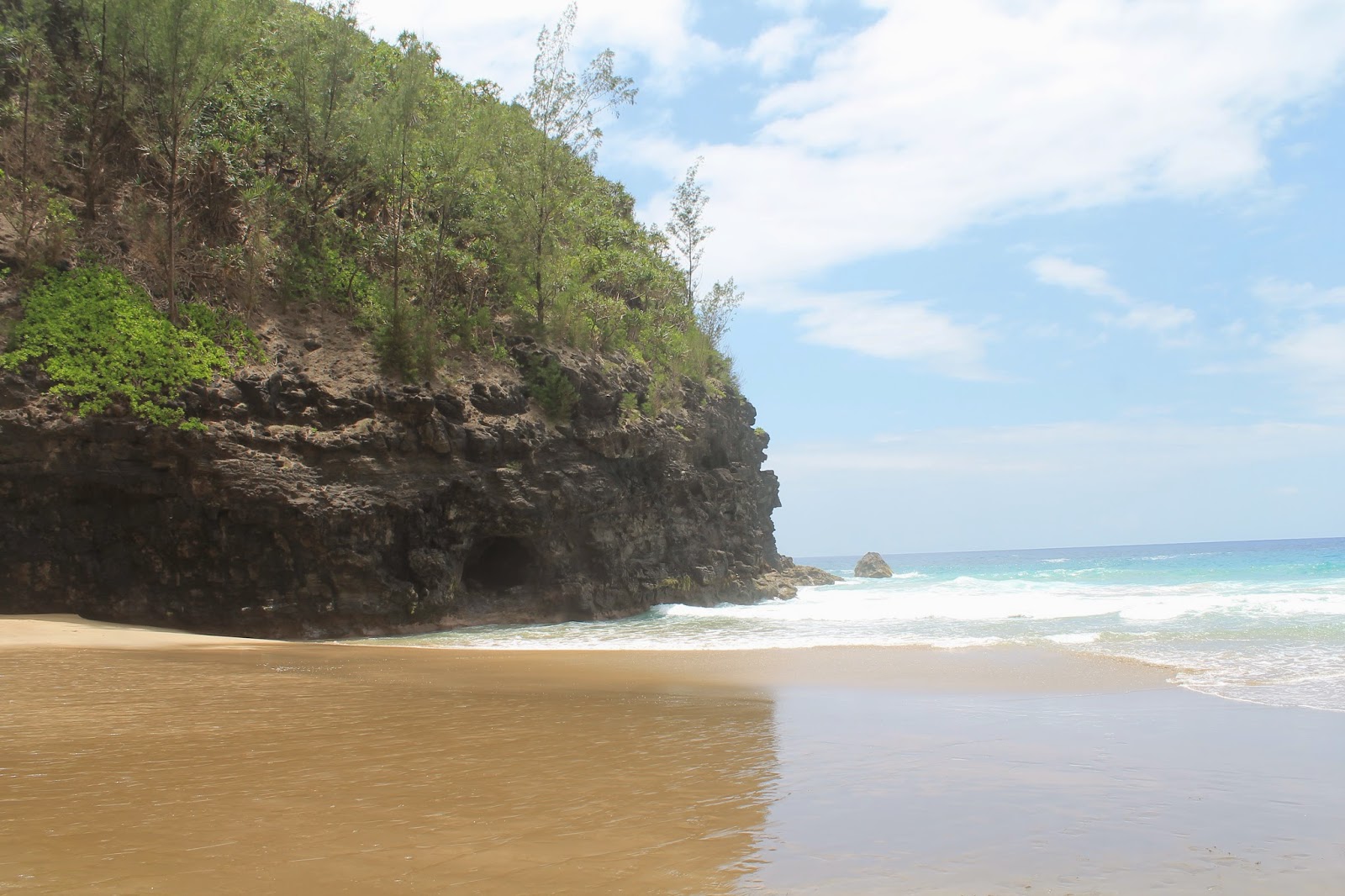 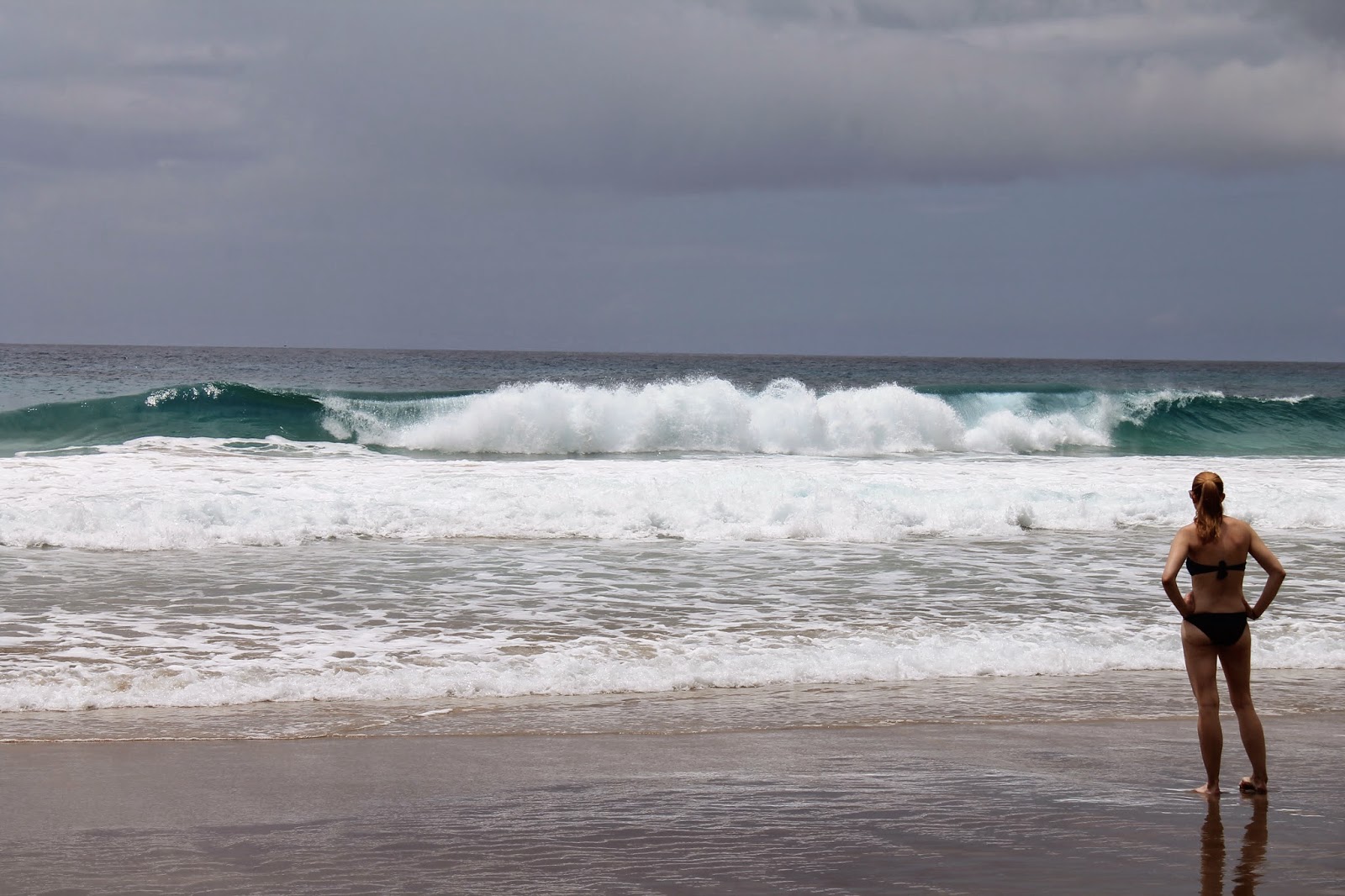 The way back was pretty rough for me. Even though it felt like we had been climbing up the whole way there aside from the descent to the beach, it felt like we were still climbing up on the way back. It started to rain, which felt amazing after the intense sun, but of course this made the trail über slippery. My shoes were already soaked from my accidental stream swim and I was feeling pretty squishy and gross.

Even my hydrated feet weren't as bad as my unhydrated bod. I didn't think to bring a bottle of water on our hike. In my everyday life, I find water boring and unnecessary but I clearly needed it this day. Katie shared hers with me a little but I felt bad stealing it. At one point, I spotted water trickling down the side of a rock and stuck my open mouth under it while my sister said "Um." I responded with something along the lines of "I do what I want" (which is true) and enjoyed it. A few minutes after drinking the water, Katie suggested that it could have had contaminants and that I might come down with Cholera. Thankfully, this did not happen.

On a not-as-hot day, with legs that were exercised more than just climbing my four flights of stairs daily, I would do this hike again, if for nothing but the views. But it was difficult for me to stay positive, especially on the way back, and I started joking with my sister, "why are you making me do this?" which she did not find funny at the time, because maybe I wasn't actually joking. I was complaining. A lot. 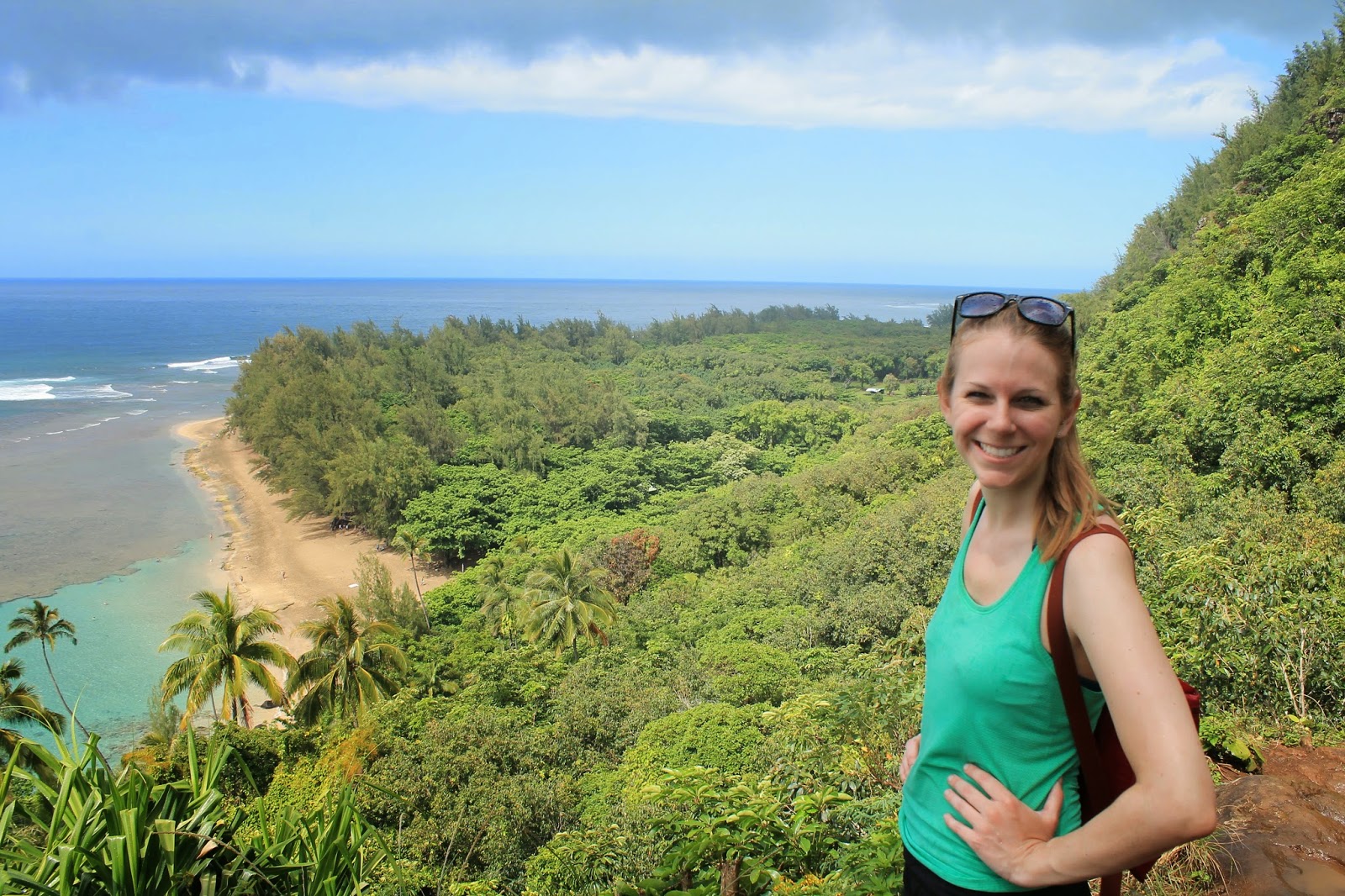 Hiking is an activity that I'd like to do more of, but I will be smart next time and bring water. I will also try to not fall into a stream on the next trail. Of course, if you know me well, you know how hard it is for me not to fall. This was most recently demonstrated by a fall into an elevator that has left me with a severely broken toe and a cane. It may be a few months before I attempt this hiking thing again.

Mahalo, Katie, for pictures, the motivation to go on, and for making me think I was going to get Cholera!