A Charming Turn in Swiss Lucerne

Lucerne is known as the tourism capital of Switzerland and it's easy to see why. It's right out of a fairy tale. I only had a few hours to spend in all its charm, but I think I made the most of it. If you find yourself in Lucerne, make sure you check out the following: 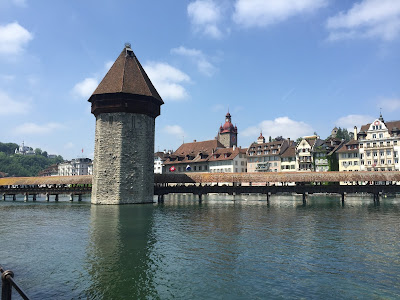 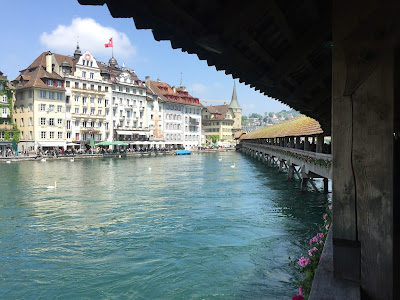 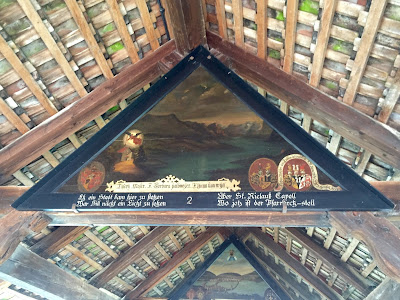 I've seen a few bridges in my day, but Chapel Bridge has to be the absolute cutest. Chapel Bridge is one of four to connect the new town and the old town across Ruess River, but it's the only one that has been around since the 14th century. OH OKAY, no big deal. As if that wasn't enough to make me love it, the bridge is wooden, covered, and has an awesome tower and huge paintings in the rooftop every few feet from the 17th century. Sadly, many of the paintings were destroyed in a fire in 1993, though some were safe in storage at the time and some have since been restored. I am a little bewildered at how, aside from the fire, the paintings survived for this long out in the elements, but that just adds to the fairy tale feeling of this city. 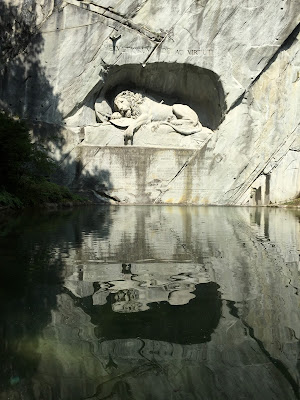 "The lion of Lucerne would be impressive anywhere,
but nowhere so impressive as where he is."
Mark Twain

Another Lucerne icon reminiscent of fairy tales, and one Disney movie in particular with a terribly depressing scene of a lion dying, is *the* lion. I'd only heard of Lucerne's lion when I started researching my trip, but I knew it would be one of my favorite things I saw while in Switzerland. The memorial to over 600 Swiss Guards lost during the French Revolution was carved directly into a cliff in 1820. The lion is suffering a slow death after being attacked with a spear, a part of which remains lodged in its back. The lines in the stone in the cliff seem to mirror the spear to indicate hundreds more spears heading its way. The carving itself is huge, spanning over thirty wide and twenty feet tall. It's a powerful monument, made even more powerful by its secluded area in front of a reflecting pond. So secluded that I walked by it several times before eventually asking someone how to find it. I'm glad I spent time with the lion. Mark was right.

It felt like everywhere we went in Switzerland, we were by a lake, but Lake Lucerne was one of the prettiest. This was partially due to the manmade aspects of the town - the charming architecture lining the water, the adorable bridges, and the extendable dam that controls the waterflow for all the lakeside villages. I sat watching the powerful waterflow for quite some time. It's an intricate system to control the snow melting from the mountains nearby, which is the main source of water for the lake. The mountains in the background of the lake enhance its beauty, as do the swans, said to be a gift from French King Louis XIV, the Sun King, as a token of thanks for his Swiss Guards. 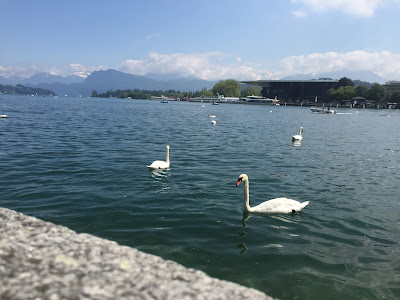 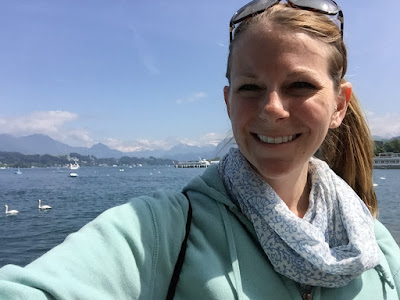 Lucerne is an extremely easy and relaxing daytrip from the hustle and bustle of Zurich. I've already mentioned the town is a fairy tale, and work with me here on this last line...