What do you do in a town when the main reason you went in the first place isn't there? Kater and I experienced this dilemma when we went to Bern in the middle of our week in Switzerland. From our standpoint, the most exciting part about Bern was going to be seeing the bears that live in the middle of town. The bear has been the symbol of Bern for over 800 years and bears have been kept in town as a tourist attraction since 1857, with improving living conditions over the ages. But alas, when Kater and I were out our one night in Bern, we learned that the bears were not being housed in their normal area due to construction. This might have ruined our day in Bern, but we found plenty more to make this city worth the visit. 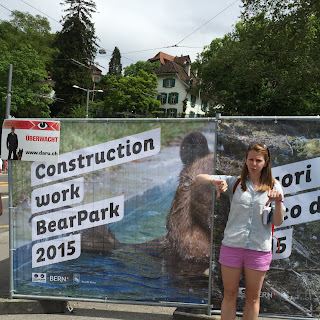 As I wrote about in Rösti la Vista, Baby, our dinner at La Mazot was cheese and potatoes of the absolute best kind. After dinner, we started the evening off at Turnhalle, a huge beer hall with a great outdoor space, but were finding it difficult to strike up conversations with anyone. Talking to strangers is typically easy for us, especially when we are together. One of the best things about traveling (and being out in general) is getting to know locals and other travelers and we almost gave up, but decided to try an Irish pub that we'd seen in our research. If you can't meet people at an Irish pub, then *you're* the problem.

Sure enough, at Mr. Pickwicks, we met a fun group of locals by bonding over the avoidance of another individual - "Talking to that man was like talking to a Neanderthal," per one of our new friends. They made us feel better about not Turnhalle because they told us most people in Bern have lived there their whole lives and typically aren't into making new friends. Even though this group had known each other since kindergarten, they took us under their wing and we traveled with them to two other bars, one where I found Super Bock, one of my favorite beers from Portugal, and a bar called Cowboys, where we experienced Swiss rap music for the first time. We also wandered around town while the locals showed us the Federal Building and played giant chess in a plaza, before heading back to our hotel, pretty late into the next morning. 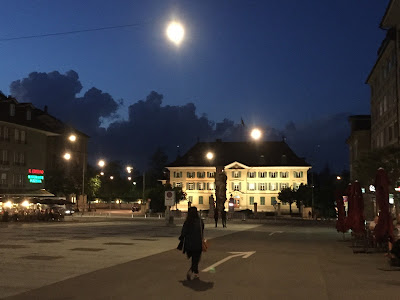 The next day, as Kater and I jokingly planned out my future life being married to one of the gentlemen we met the night before, we walked around town trying to determine what Bern was all about without the bears. The majority of the buildings in the areas we saw were the same shade of greystone. I appreciated the consistency and comradery. Another thing I liked about Bern was that it was basically a car-free city. Almost every street felt like a pedestrian plaza, and plazas are the best part about walking around European cities. Bern is proud to have been the home of Albert Einstein back in the day, and there is a museum in Einstein's former home, where the Theory of Relativity came to thought. 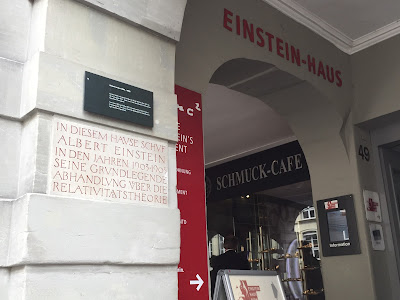 Something else Bern is definitely all about is fountains. Along with more modern fountains, there are 11 from the 16th century, and we tried to find them all. According to my buddy, Rick, the fountains were commissioned by the city to brighten up the town, show off wealth, and as a way to remember local events. I'm a little concerned about this last reason, because some of the fountains are super creepy, for example, this one where an ogre is clearly eating children. I'm hoping this fountain is not a representation of something that happened back in the day: 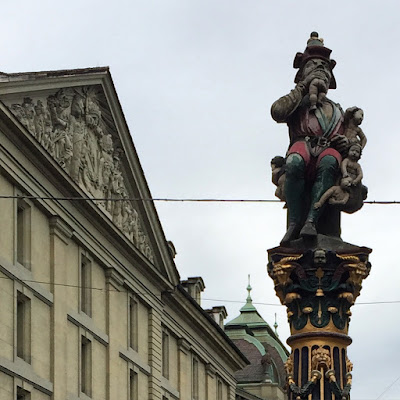 Thankfully, not all of the fountains are creepy, and some of them are even fun, like this much more modern fountain in front of Parliment. Kater and I watched while 26 spouts in the ground surprised kids and dogs alike, time and time again - but better water than a child-eating ogre. 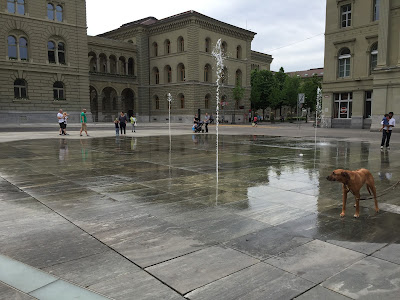 Bern is also about the Aare river, which I found absolutely gorgeous, mostly because of the color. The current of the river is so swift that locals often hike up the river, jump in, and float back down to the city - as long as you're quick enough to grab a pole on your way back to help you get out. If you miss the poles, who knows what happens to you. We preferred to enjoy the river from above than engulfed in it. 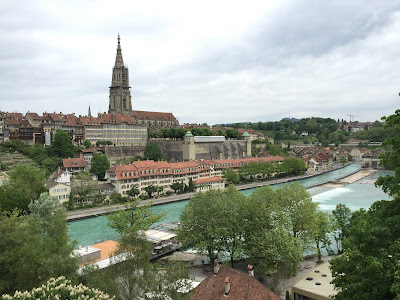 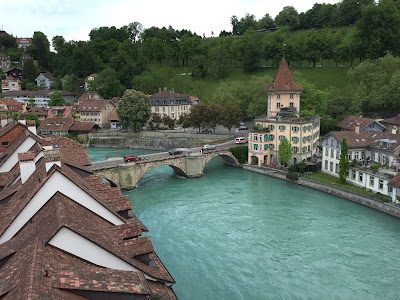 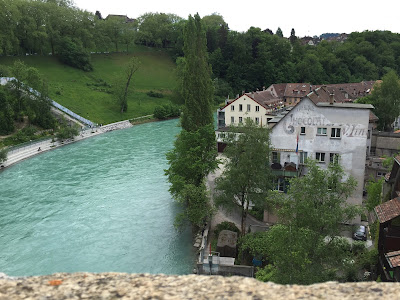 While I would have liked to see the bears, I'm glad we stayed in Bern to experience those cheesy potatoes and a local night out, even if we weren't quite local enough to float down that river.